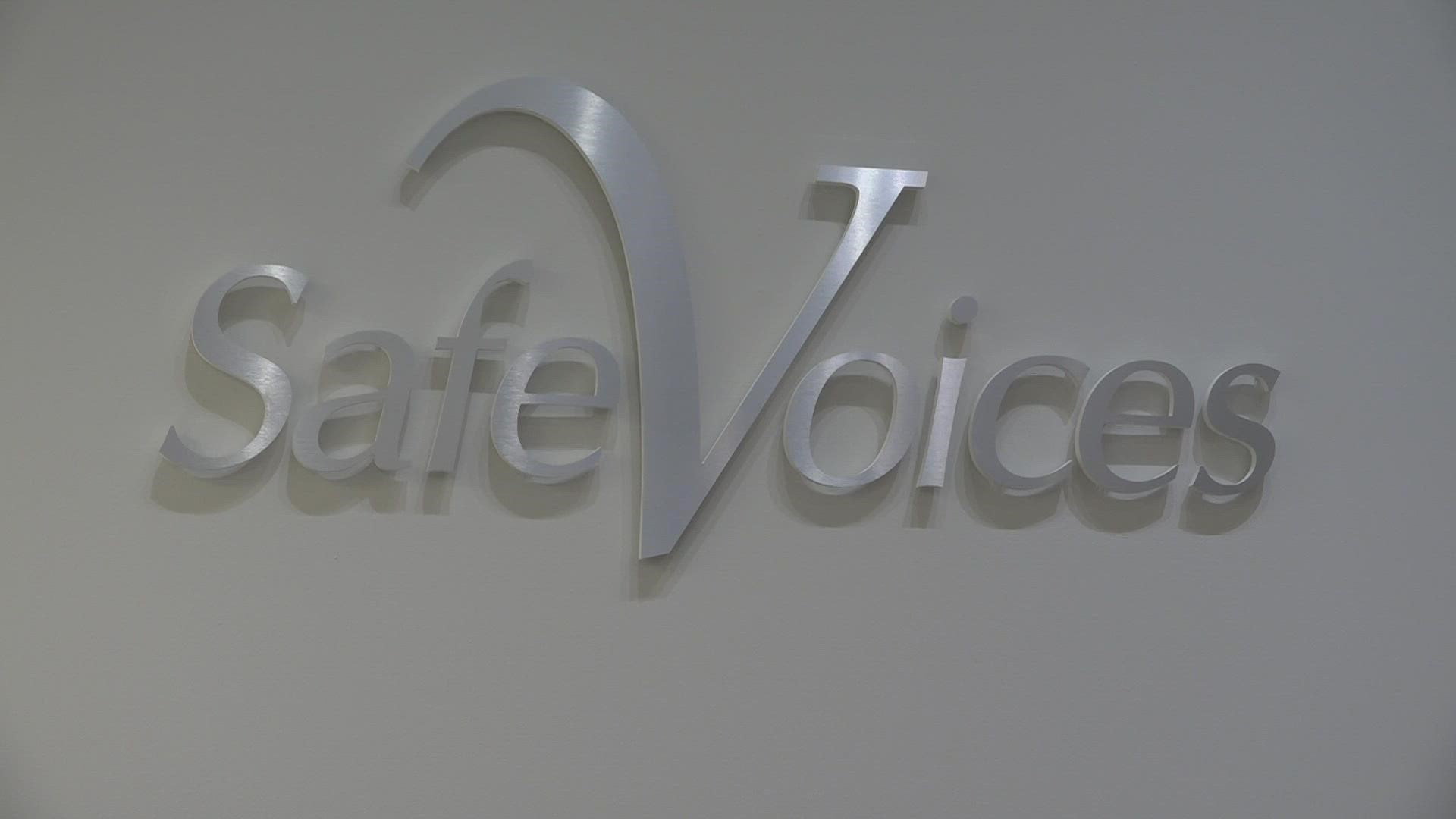 LEWISTON, Maine — According to The National Coalition Against Domestic Violence, one in three women and one in four men will experience some sort of domestic violence in their lifetime, and Maine isn't exempt from that statistic.

Alyssa Coyne works for Safe Voices but is also a victim herself.

"It was probably about 10 years ago and I was in a rough place, a vulnerable place in my life," she said recalling her experience.

She was 20-years-old at the time and looking for some stability after her mom and stepdad got divorced. She fell in love with someone who promised her just that. Instead, red flags started to show up.

"We moved down to North Carolina. We shared a bank account. He had the debit card and all the money that went into it," she said.

While in North Carolina, Alyssa wasn't happy but kept making excuses as to why she couldn't leave.

She said she would tell her family and friends, "he needs me, he loves me, this is all because he loves me, and now that I look back, at it, it wasn't."

When she did eventually try to leave, it got violent.

"Eventually it got to the point where he held me at knifepoint," she said.

This violent interaction played out while she was on the phone with her mom, Noelle Coyne.

"Listening to all this going on helpless in Maine as my daughter is being threatened in North Carolina," Noelle said.

Noelle was also in an abusive relationship, though it never became violent. Instead, all the warning signs were there and she was quite often controlled by her ex-husband.

Eventually, Alyssa was able to end her relationship and made it back to Maine safe.

Now, mother and daughter both work at Safe Voices. The nonprofit is in the process of opening a new facility in Lewiston with the goal of helping more people.

At Safe Voices, they're not only focusing on helping survivors but also educating the community, so others don't find themselves in the same situation.

Safe Voices is also raising money for this new project. The goal is to raise $1 million and Johansen said she's confident she and her team will reach that goal.