Thomas Gallagher, 61, of Bridgewater, is scheduled to make his first court appearance on Thursday afternoon. 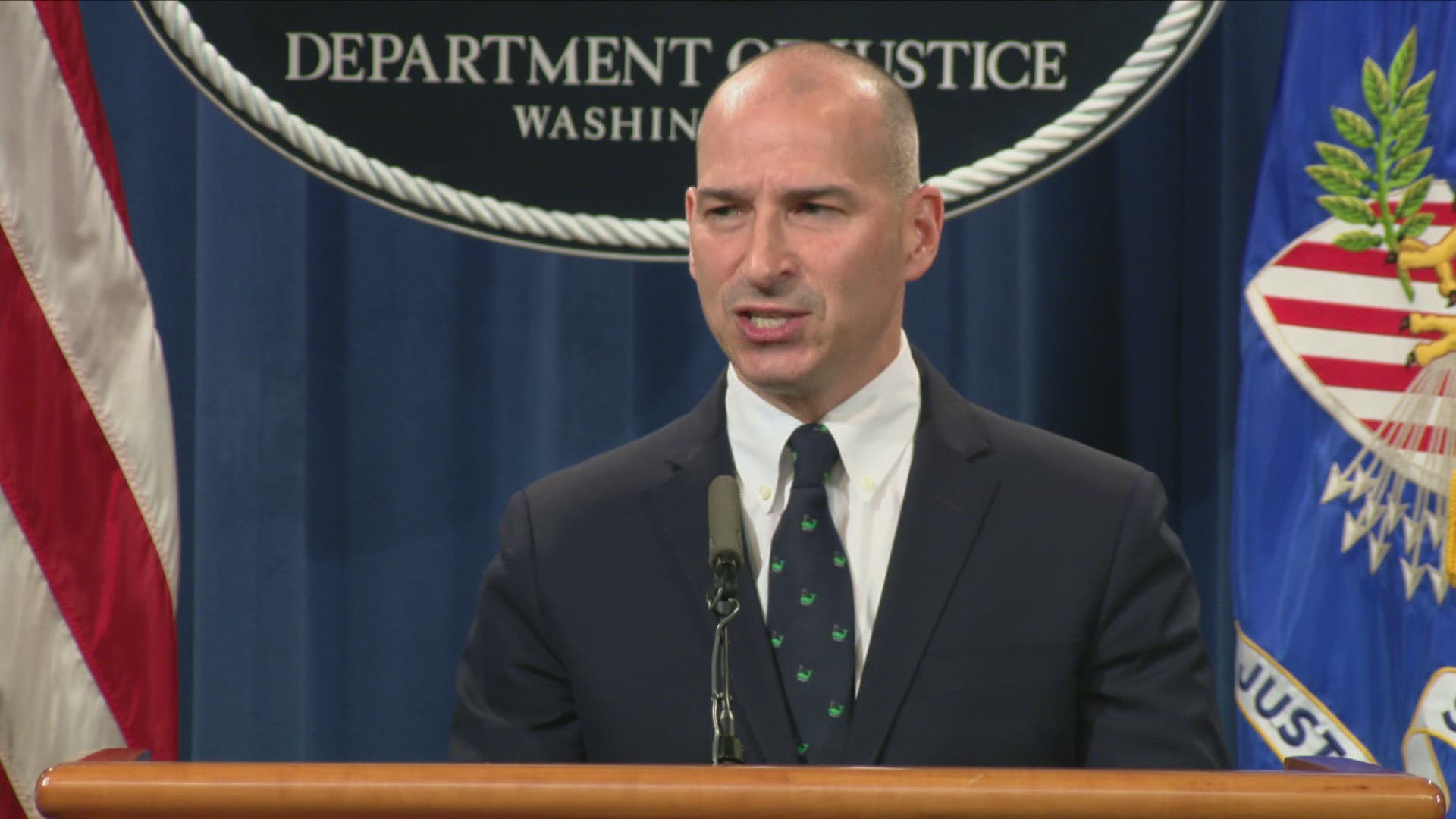 Thomas Gallagher, of Bridgewater, a town in central New Hampshire, was among those charged with unlawful entry of the U.S. Capitol last week.

Gallagher is charged with knowingly entering or remaining in any restricted building or grounds without lawful authority or knowingly engaging in disorderly conduct on Capitol grounds and violent entry as well as disorderly conduct on Capitol grounds. He is scheduled to make his initial court appearance at 1 p.m. Thursday in U.S. District Court in Concord, New Hampshire.

A court affidavit describes Gallagher's specific role in the Capitol riot, noting that he was among those who made their way into the building on Jan. 6 as lawmakers were set to vote to affirm the results of the 2020 presidential election.

Capitol Police Officer Joseph Bruno wrote that he was among the officers who responded to a disturbance involving "several dozen people" who were inside the U.S. Capitol.

Gallagher was among a group of six people positioned toward the front of the crowd on the Upper Level of the U.S. Capitol Visitors Center near the door to the House Atrium, close to the Capitol police officers, Bruno said.

He said Gallagher and the five other individuals "willfully refused the order to leave." They were then removed from the crowd, placed in handcuffs and arrested.

Capitol police said last week that David Ross, 33, of Massachusetts, was also arrested for "curfew violation, unlawful entry" on First Street, near the Capitol. No hometown was listed for Ross. The mayor of Washington, D.C. had issued a curfew in the wake of the riot.

There have also been reports of numerous other New England residents who may have participated in the riot, but no additional charges have been announced.

The #FBI is still seeking information to help identify individuals who actively instigated violence on January 6 in Washington, D.C. Visit https://t.co/h36NpdxbEh to see images from current cases, and if you see someone you recognize, submit a tip at https://t.co/buMd8vYXzH. pic.twitter.com/cGgWNeywIc

They said the individuals "actively attacked" Capitol Police officers and other uniformed law enforcement with metal pipes, discharged chemical irritants and other weapons.

The violent mob forced lawmakers into hiding in a stunning attempt to overturn America's presidential election, undercut the nation's democracy and keep Joe Biden from replacing Donald Trump in the White House.

The nation’s elected representatives scrambled to crouch under desks and don gas masks, while police futilely tried to barricade the building, one of the most jarring scenes ever to unfold in a seat of American political power. Five people, including a Capitol Police officer, died as a result.

The FBI is still seeking to identify individuals involved in instigating violence in Washington, D.C. Anyone with tips or video evidence depicting rioting or violence in and around the U.S. Capitol on Jan. 6 is asked to visit fbi.gov/USCapitol.