Monmouth police said officers arrived Friday morning to find Howard Gribbin had barricaded himself inside his garage at home number 378 on Rt. 126. 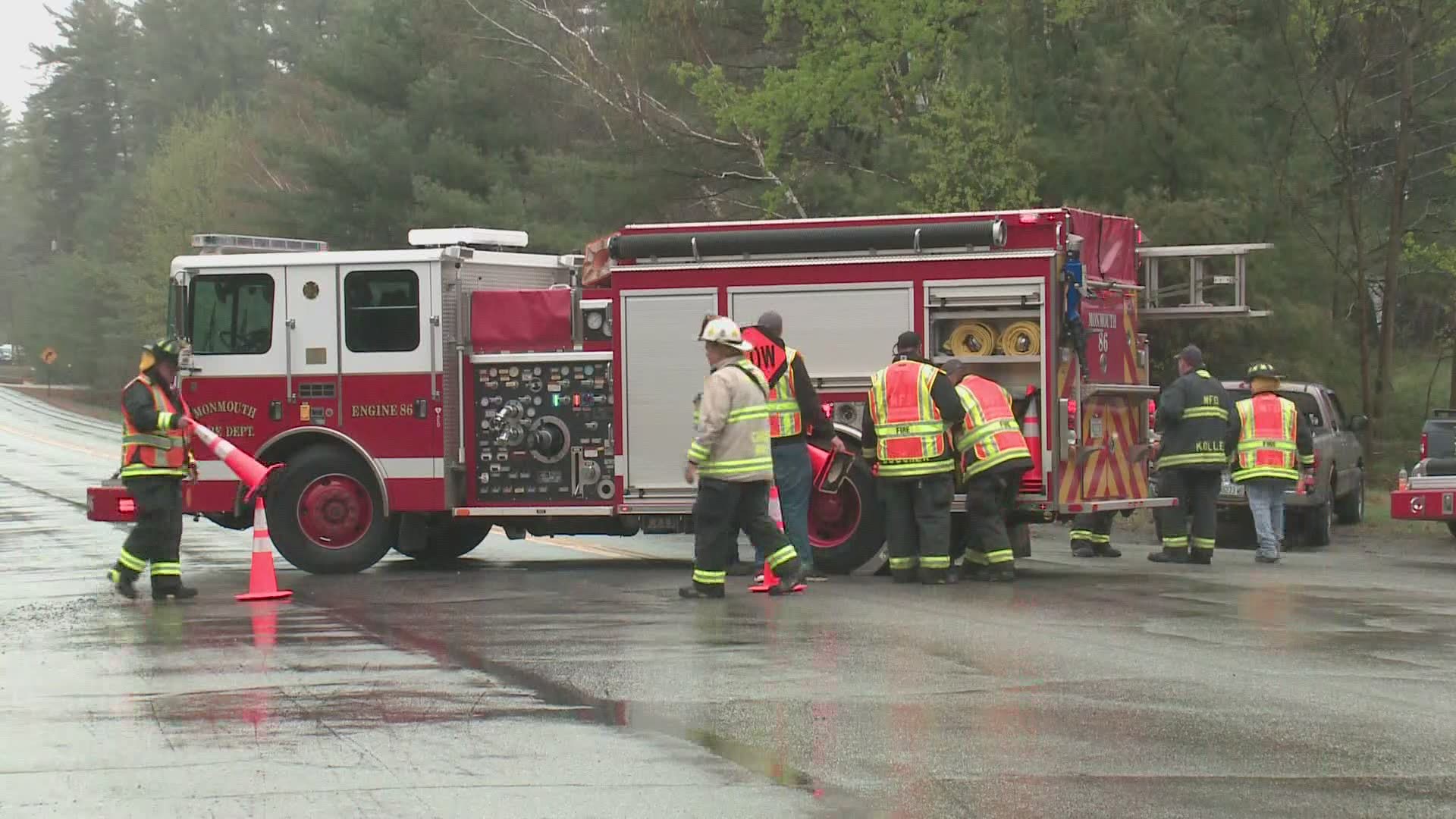 MONMOUTH, Maine — The Monmouth Police Department said in a press release Friday that a standoff with a man who allegedly violated a protection order led Monmouth fire officials to block traffic on Route 126. Police said the standoff ended peacefully and the road is back open.

Monmouth police said officers arrived around 7:30 Friday morning to find Howard Gribbin had barricaded himself inside his garage at home number 378 on Rt. 126. Due to unknown weapons, Monmouth police said the Maine State Police Tactical Team and negotiators were called to the scene to attempt contact with Gribbin.

Around 12:30 p.m., police said Gribbin peacefully surrendered. He was taken into custody and transported to the Kennebec County Jail.

According to police, Gribbin was charged with the following:

#BREAKING Monmouth Police Chief confirms the standoff that caused road closures on Rt. 126 in Monmouth and Litchfield has ended peacefully

Fire crews are beginning to pack up here. Rt 126 in Monmouth expected to be reopened shortly. Still working to learn what caused these closures @newscentermaine pic.twitter.com/JBW5rsv3lQ

#BREAKING Two Monmouth Fire engines are blocking traffic on Rt 126 in Monthmouth. Fire chief tells me they’ve been on scene since 10:00 a.m.Multiple police cruisers can be seen about 100 yards down the road @newscentermaine pic.twitter.com/YwPYIwdWnn