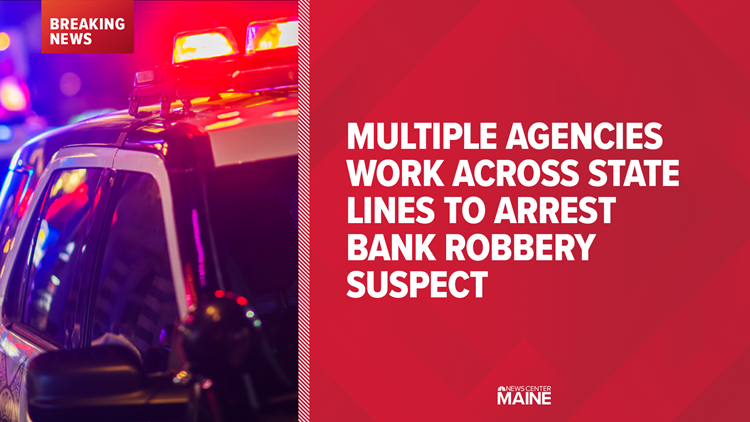 SOUTH PORTLAND, Maine — The U.S. Marshals Service, a federal law enforcement agency, said in a press release Monday that they have arrested a man who was wanted in relation to a robbery at the Bank of American in Abington, Mass. on Thursday, March 19.

About an hour after the robbery, Abington Police asked for the public's help in locating the suspect, sharing a security camera photo of him. It is unclear if the man who was later arrested is the suspect in the photo.

Mass. State Police and the Abington Police Dept. believed Tyer Tolis, 32, of Charlestown, Mass., might have fled to Maine following the robbery. The U.S. Marshals Service in Mass. then contacted the Marshal Service division in Maine, and within hours Tolis was arrested without incident in South Portland outside of a local hotel.

The Maine Violent Offender Task Force, with assistance from the FBI Safe Streets Unit and the South Portland Police Dept. made the arrest.

According to the press release, Tolis has an extensive criminal history, including a bank robbery in Mass. in 2010.

He was transported to the Cumberland County Jail while awaiting extradition to Mass.

“The ability for several agencies to work together across state lines brought this case to a safe and successful conclusion,” the U.S. Marshal Service said in the press release.

RELATED: Parts of Carmel and Etna asked to 'shelter in place'