Christopher Murray, 38, faces a life sentence for the 2017 murder of Wayne Lapierre of Millinocket. 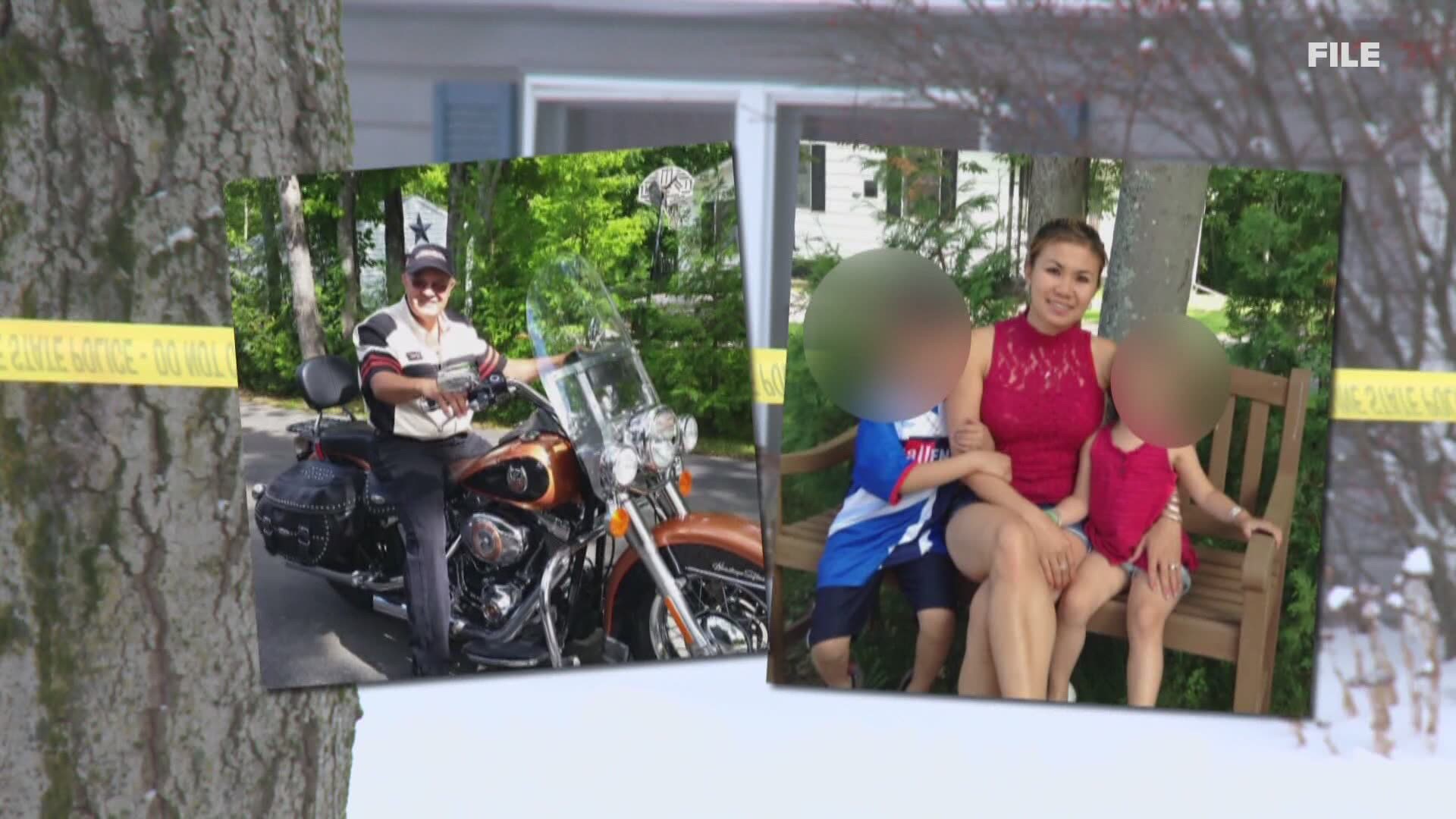 BANGOR, Maine — A 39-year-old man from North Carolina was sentenced to life in prison Friday for the 2017 murder of Wayne Lapierre.

Lapierre, 59, and his wife Diem were both shot during an armed robbery on the night of Dec. 19, 2017 at their home on Massachusetts Avenue in Millinocket. According to court documents, two masked men entered the home and shot the Lapierres.

The 28-page affidavit for the arrest of Murray, initially sealed by a judge, detailed a gruesome scene of events.

Police responded to the home to find 59-year-old Wayne Lapierre handcuffed on the floor of the basement with gunshot wounds to the head. There was also a rope found nearby and an opened safe in the room.

His wife, Diem, told first responders that “they got jumped” and said “a couple guys wearing masks came to the house.”

Both of Diem's gunshot wounds were to the head, but she was able to call 9-1-1 and speak to first responders.

Both victims were rushed to the nearby Millinocket Regional Hospital. That hospital was placed on lockdown out of an abundance of caution until the following morning. Wayne Lapierre died three days later at Eastern Maine Medical Center.

Diem survived, but lost her left eye, and both bullets are still in her skull.

Murray was charged in connection with the murder along with 43-year-old Tony Locklear and his daughter, 21-year-old Alexis Locklear. All three were arrested out of state.

In Feb. 2019, a jury found Murray guilty of murder, elevated aggravated assault, and robbery, and was convicted on all three charges.

Tony was sentenced to life in prison.

Alexis was sentenced to 375 days in jail, which was the number of days she had been in custody since her arrest. She received credit for time served and went home to North Carolina with her mother and grandmother.