State police took 46-year-old Carlos Negron of Connecticut to the Oxford County Jail and charged him with the murder of Anderson Gomes, 28, also of Connecticut 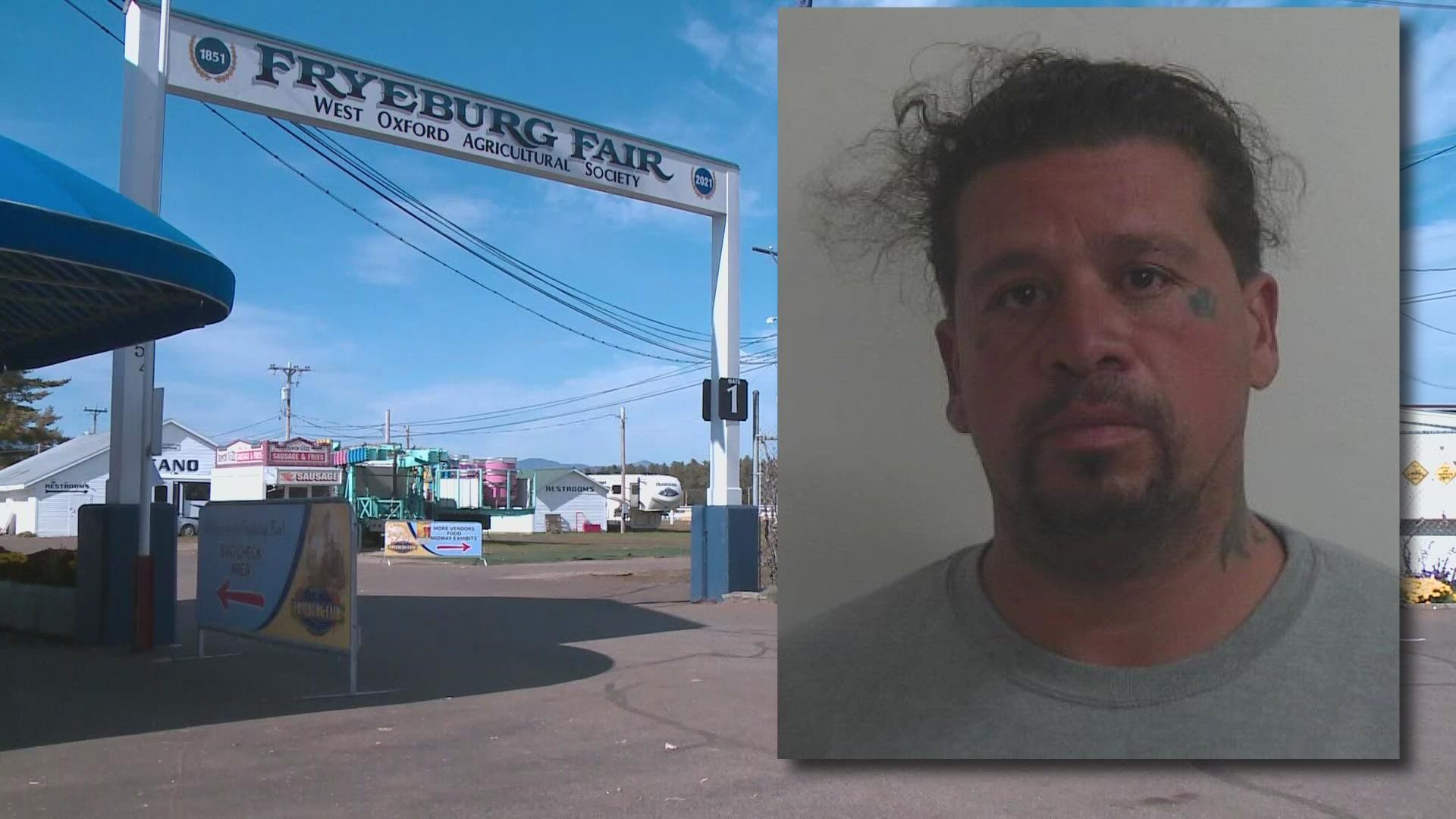 FRYEBURG, Maine — Maine State Police are investigating the death of a man whose body was found in Fryeburg early Wednesday morning.

The Oxford County Sheriff's Office received a 911 call at 1:05 a.m. reporting that a man had been stabbed and was unresponsive at the Fryeburg Fairgrounds, according to a release from Maine State Police.

When officials arrived at the scene, they discovered 28-year-old Anderson Gomes of Waterbury, Connecticut, dead near the fairground's restroom facilities, police said.

Around noon Wednesday, state police said they arrested 46-year-old Carlos Negron of Connecticut. Negron was taken to the Oxford County Jail and charged with murder.

Negron and Gomes were known to each other, police said. Police said they are confident there is no ongoing risk to the public.

Detectives have identified witnesses and persons of interest in the incident, according to Wednesday's release.

Crime scene technicians and analysts from the Maine State Police Evidence Response Team are expected to be at the fairgrounds investigating throughout the day Wednesday.

The office of the chief medical examiner is expected to conduct an autopsy on Gomes in the coming days, according to police.