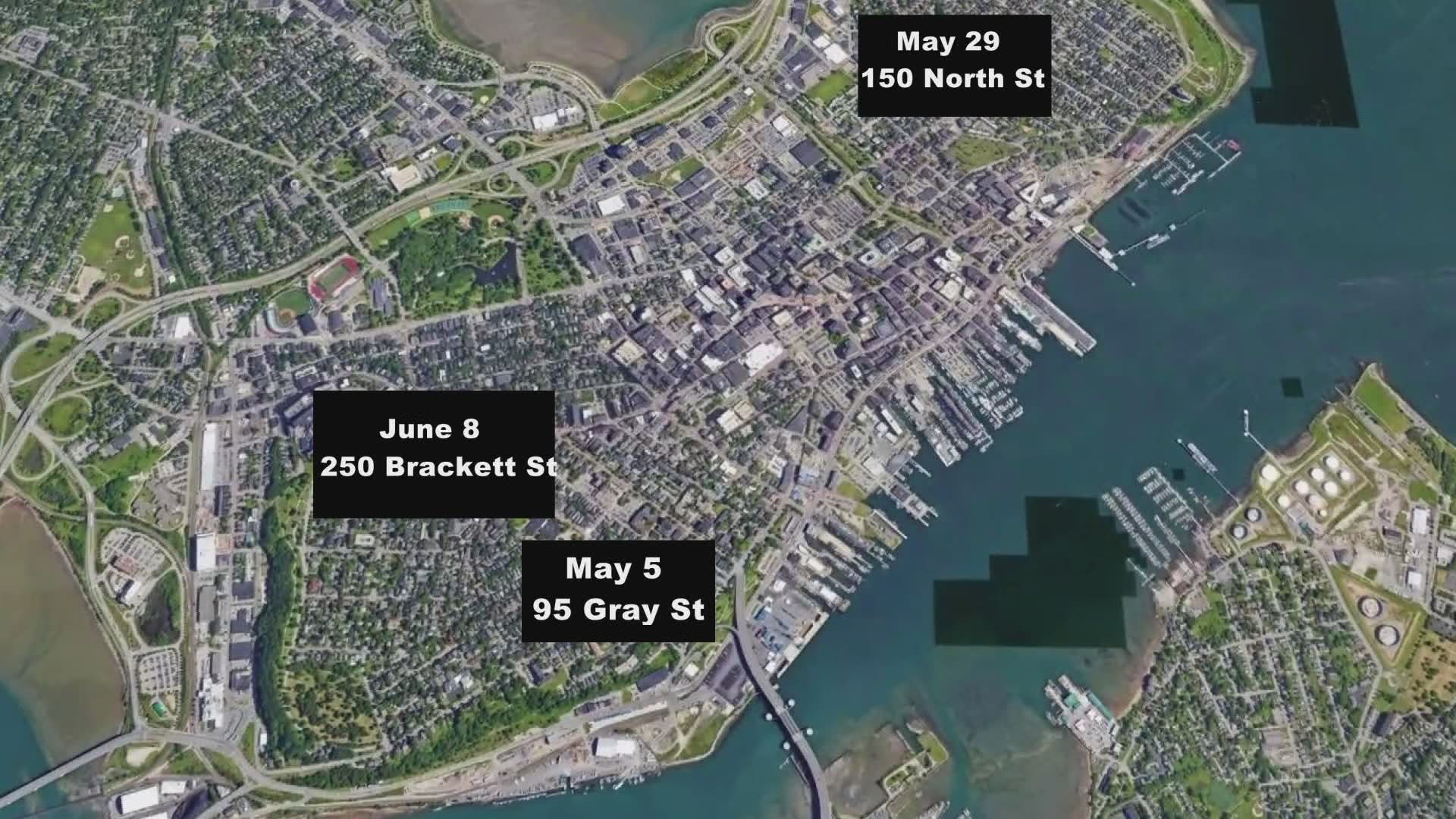 PORTLAND, Maine — Editor's note: The video above is from separate, but recent, assaults in Portland.

A man was arrested and charged in two separate attacks in the Bayside neighborhood Friday morning.

Around 8:12 a.m., Portland police say witnesses flagged down officers near Oxford and Preble Streets, saying a man had just been stabbed. Officers gave medical attention to the victim, who had a serious arterial slash wound to the neck. Police say the victim was taken to a hospital where he was in critical condition.

As officers were looking for the suspect, they came across a separate incident happening near Oxford and Cedar Streets. Police say they found Joshua Rezendes, 35, a homeless Portland man, assaulting another person. The victim in this assault suffered non-life-threatening injuries and was treated and released from the hospital, police say.

Further investigation, including the recovery of an edged weapon from Rezendes, led officers to determine that he was also the suspect in the stabbing. A Scarborough Canine Officer helped in the investigation.

Rezendes was charged with assault and felony elevated aggravated assault and taken to the Cumberland County Jail.

“I want to commend our officers for their immediate response, which not only saved this victim’s life but also led to the prompt and safe arrest of a violent and dangerous individual,” said Chief Frank Clark.

Police say this is no additional threat to the public.

If anyone witnessed this incident or has any information that could help police, call (207) 874-8575.