Police are currently investigating 3 other attacks in Portland's West End 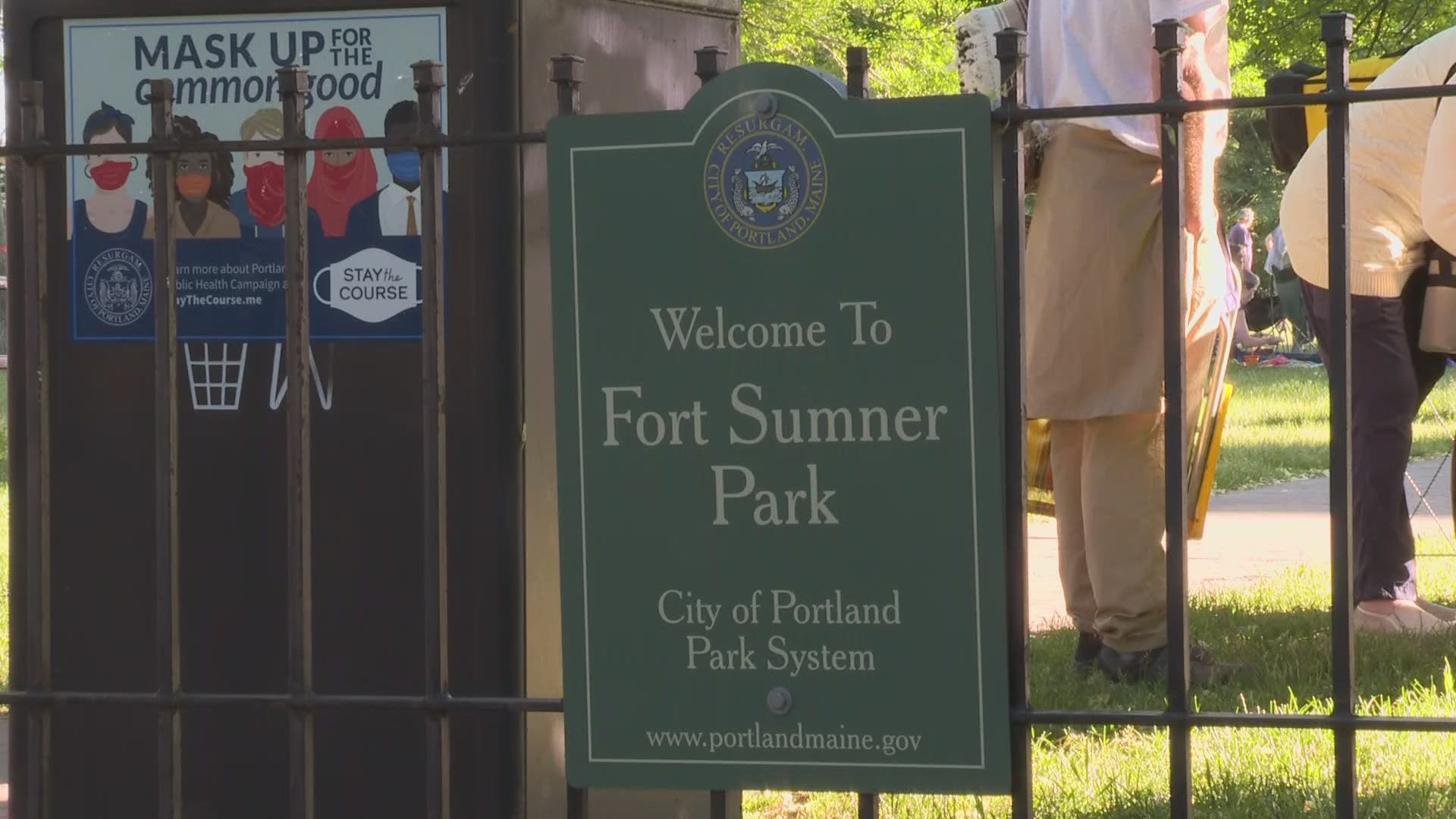 PORTLAND, Maine — Police in Portland are warning residents about another attack, this time in the East End.

According to a press release from Portland police, the 33-year-old male victim said he was sitting on a bench at Port Sumner Park at 10 p.m. Wednesday when he was attacked from behind with a blunt object.

The victim took himself to the hospital where he was treated and released.

Police said the suspect is described as a man with a dark complexion, wearing a white T-shirt.

The attack comes two days after a 24-year-old woman was assaulted from behind with a blunt object in Portland's West End. That incident was one of three reported assaults in the area. Police said they are investigating to see if the cases are somehow connected to this latest incident.

“Such random assaults are not commonplace in the city of Portland,” said Portland Police Chief Frank Clark. “Our officers and detectives are working diligently to identify the person or persons responsible for these cowardly attacks, and hold them accountable for their actions.”

Cowie said he is urging caution among those walking in the area and visiting the park but hopes this most recent assault doesn't discourage folks from coming to the area.

"Bring a companion, make sure you have your phone. Be aware of your surroundings. Keep your distance from folks you're not sure about. But continue to use the park and to come and enjoy it," Cowie said. "The more people that are here for the right reason, the less chance is there'll be folks looking to cause harm."

Jaye Gorham, the president of the Friends of Fort Sumner says she is concerned following the incident in an area she says she's always felt safe walking in. She encourages folks to be vigilant. "Don't come alone, be aware of your surroundings, and don't be here too late," Gorham said.

Gorham adds that Friends of Fort Sumner have appealed to the Portland Parks, Recreation and Facilities Department to request lighting for the area, however that has not been awarded.

"Lighting is really important, and will really help with safety going into the future," Gorham said.

The suspect, in that case, was identified and the victim chose to not pursue charges. Police said they are confident that these latest incidents are not related to the October incidents.

Police have increased patrols in the areas where these attacks have occurred, and ask people to report suspicious activity. They ask anyone with information about these incidents to call 207-874-8575.