Abdikareem Hassan, 32, of Portland was already in custody when additional evidence developed from the shooting investigation that led to more charges. 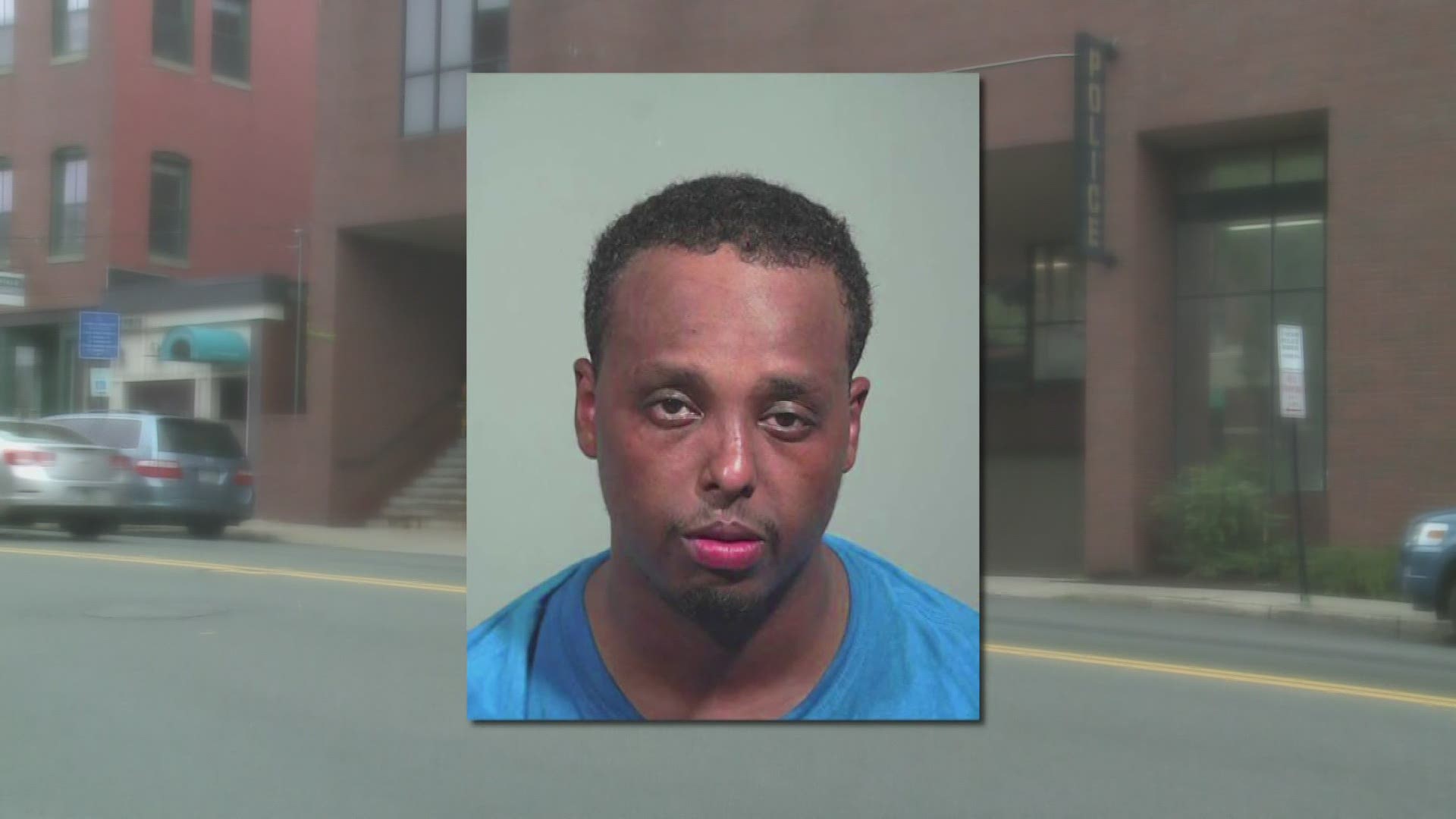 PORTLAND, Maine — Portland police say they have arrested a man in connection with the shooting that happened at the Portland Police Department parking garage on Sunday, July 5.

Abdikareem Hassan, 32, of Portland was arrested the night of the shooting after officers witnessed him hit a curb near the intersection of Franklin Street and Cumberland Avenue, police say. Police say the car he was driving was similar to the one wanted for the shooting, which had been reported stolen earlier that night.

Christine Adiye of Portland was in the vehicle at the time of the traffic stop on July 5. She was summonsed for unauthorized use of property and was released, police say.

Police initially charged Hassan with operating under the influence, operating after habitual offender unauthorized use of property.

According to a criminal complaint announced by United States Attorney Halsey B. Frank on Monday, July 6, while in police custody Hassan assaulted a Portland Police officer and an FBI special agent who were working together on the joint investigation. Portland police say Hassan became uncooperative and assaulted the two officers and damaged a police vehicle.

He was then charged with:

RELATED: Portland man charged for assault on a federal officer

As the shooting investigation continued, additional evidence developed that tied Hassan in connection with the shooting. On July 12, he was charged with reckless conduct with a dangerous weapon and illegal possession of a firearm by a prohibited person.

Police say the motivation for the shooting is still not clear and the investigation is still underway.

"Most importantly the officers of the Portland Police Department want to extend their thanks for the outpouring of community support that we received over the past week," police said in the release.

Portland Police Chief Frank Clark said, "This type of attack on law enforcement is disheartening and personal, but the overwhelming number of positive letters, social media posts, statements denouncing violence against the department, and the calls we have received reaffirm our belief that we have the support of our community."