Suzanne Muscara, 38, of Burlington was sentenced to 30 months in federal prison on Thursday for sending threatening mail to Sen. Susan Collins in 2018. 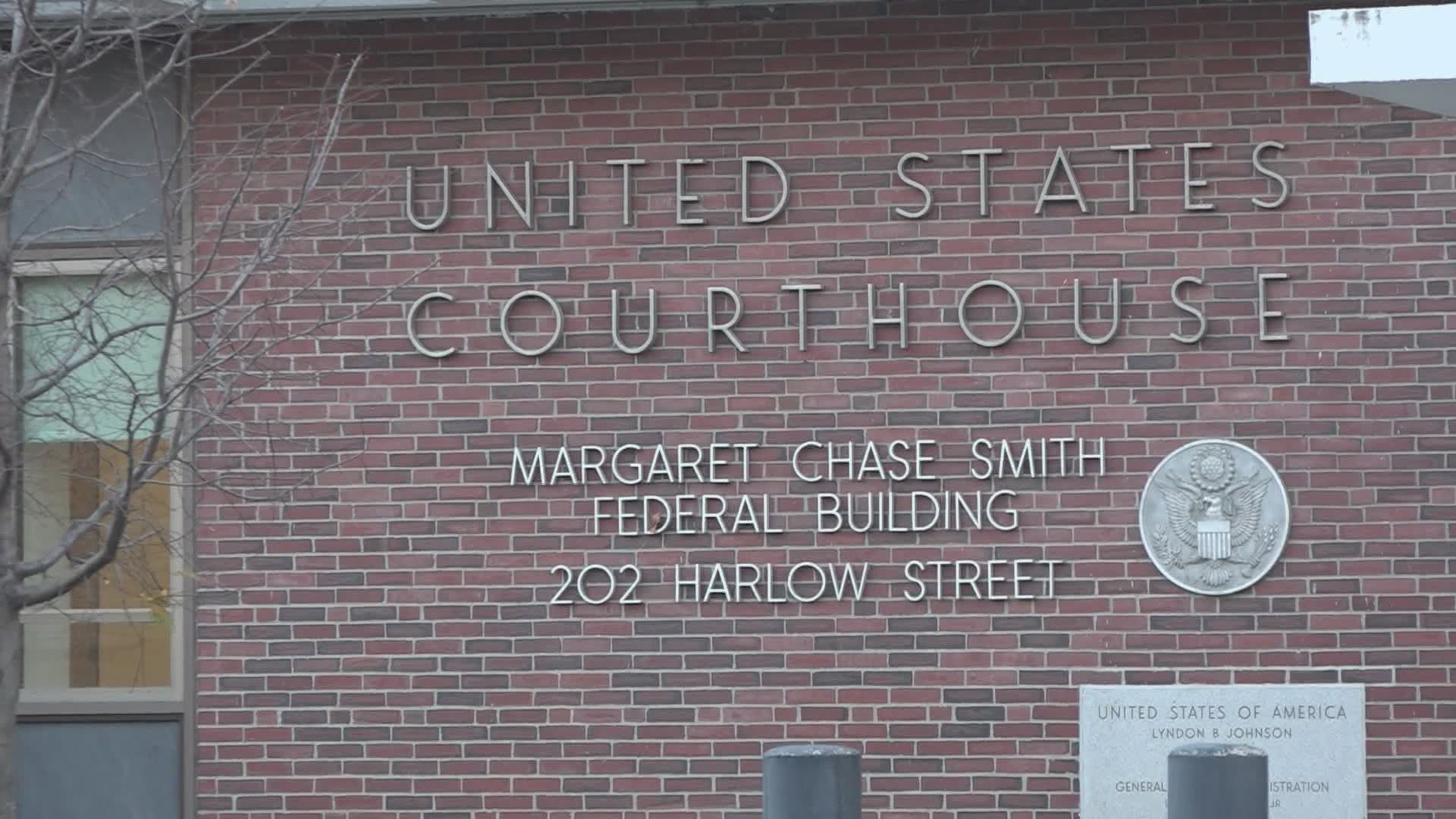 BANGOR, Maine — A U.S. District judge sentenced a woman from Burlington, Maine to 30 months in federal prison on Thursday for sending threatening mail to Sen. Susan Collins in 2018.

A jury found Suzanne Muscara, 38, guilty in November of 2019 for mailing the threatening correspondence, which she claimed was just "a joke."

According to evidence presented at trial, Muscara mailed a letter containing a white powder to Collins’ Bangor home in October 2018.

Inside the envelope from Muscara was an Atena insurance flyer with a handwritten note reading: "Anthrax!!! HA HA HA." There was also a drawing of a person with two Xs for eyes and a tongue sticking out with an arrow that read: "You."

The U.S. Postal Inspection Service intercepted the letter at a mail sorting facility in Hampden, Maine. The FBI tested the white powder and found that it did not contain toxic substances.

The FBI also matched a fingerprint found on the envelope with one of Muscara’s prints. Muscara does not dispute that she sent a letter to Collins on October 17, 2018, but she said the letter was not threatening.

"It wasn't a threat, I just thought the note itself was funny," Muscara said in an FBI interview that was replayed in court during the 2019 trial. Muscara also told FBI agents she didn't even know who Sen. Collins was because she doesn't pay attention to politics. Muscara said she had heard about the Brett Kavanaugh hearings and about people protesting Collins' vote.

“American politics is premised on free speech and vigorous debate,” U.S. Attorney, District of Maine, Halsey Frank said in a release Thursday. “True threats are not protected speech. They are a crime. Anthrax is a deadly substance that has been used to kill and terrorize. There is nothing funny about it, and the jury in this case rejected the defendant’s claim that her letter was intended as a joke. My thanks to the federal, state and local investigators who worked together as a team to identify this defendant and bring her to justice.”

In a statement to NEWS CENTER Maine, Collins' office said, "Senator Collins and her husband, Tom Daffron, are grateful for the vigilance of the postal inspectors and the employees at the Hampden processing center and at the Bangor Post Office who quickly intercepted the letter and the extraordinary professionalism and effective investigative work of state and federal law enforcement officers."