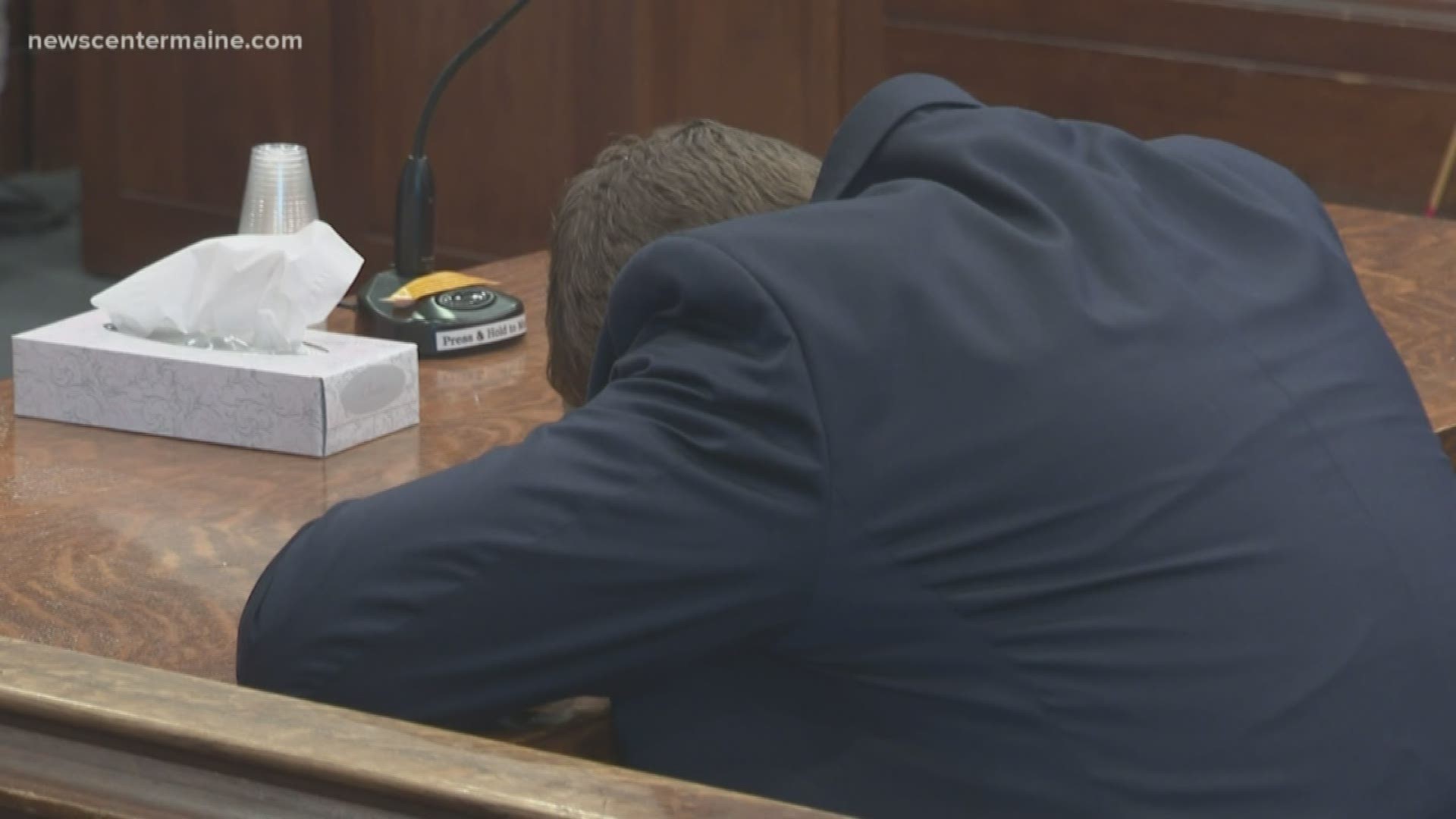 PORTLAND, Maine — Editor's note: The video above aired in Nov. 2019 when Gaston was found guilty of murder.

In June 2020, Gaston filed an appeal with the Supreme Judicial Court. He cited Maine’s COVID-19 restrictions in the appeal, contending his rights were violated by holding the sentencing hearing in a limited-capacity courtroom and permitting interested persons to address the court by videoconference. The attorney general's office argued Gaston's rights weren't violated.

In its decision, the high court said Gaston’s constitutional rights were “properly considered” while “balancing the safety restrictions needed during the pandemic.”

“Anyone who wanted to address the court or access the proceeding was able to do so, despite the pandemic restrictions. The court did not abuse its discretion by denying the motion to continue, and the sentencing hearing did not result in actual prejudice,” the ruling said.

In the appeal, Gaston also argued his sentence was too long.

At Gaston’s sentencing hearing in 2019, the court set his basic sentence at 35 years. The court described the slaying of Alicia Gaston as a “completely unprovoked, impulsive act of domestic violence,” but placed it in the “lower quartile of basic sentences.”

The Supreme Court’s ruling summarized that at Gaston’s sentencing hearing, the court identified Gaston’s lack of a criminal record, his actions when the EMTs arrived, and his childhood experiences as mitigating factors. The court did not consider Gaston’s “failure to be a good provider” or whether or not he had genuine remorse; however, the court did consider Alicia Gaston’s conscious pain and suffering and the profound impact on Alicia Gaston’s family. The court ultimately determined that “particularly given the victim impact in this case . . . the aggravating factors do outweigh the mitigating factors, resulting in a final sentence of 40 years to the Department of Corrections.”

The high court ruled “the court misapplied no legal principles in setting Gaston’s basic sentence at thirty-five years, and it acted well within its discretion when, after considering the aggravating and mitigating factors, it set Gaston’s maximum sentence at 40 years.”