Guy was listed as a fugitive wanted by Massachusetts State Police for murder and armed robbery in Lynn, Massachusetts. 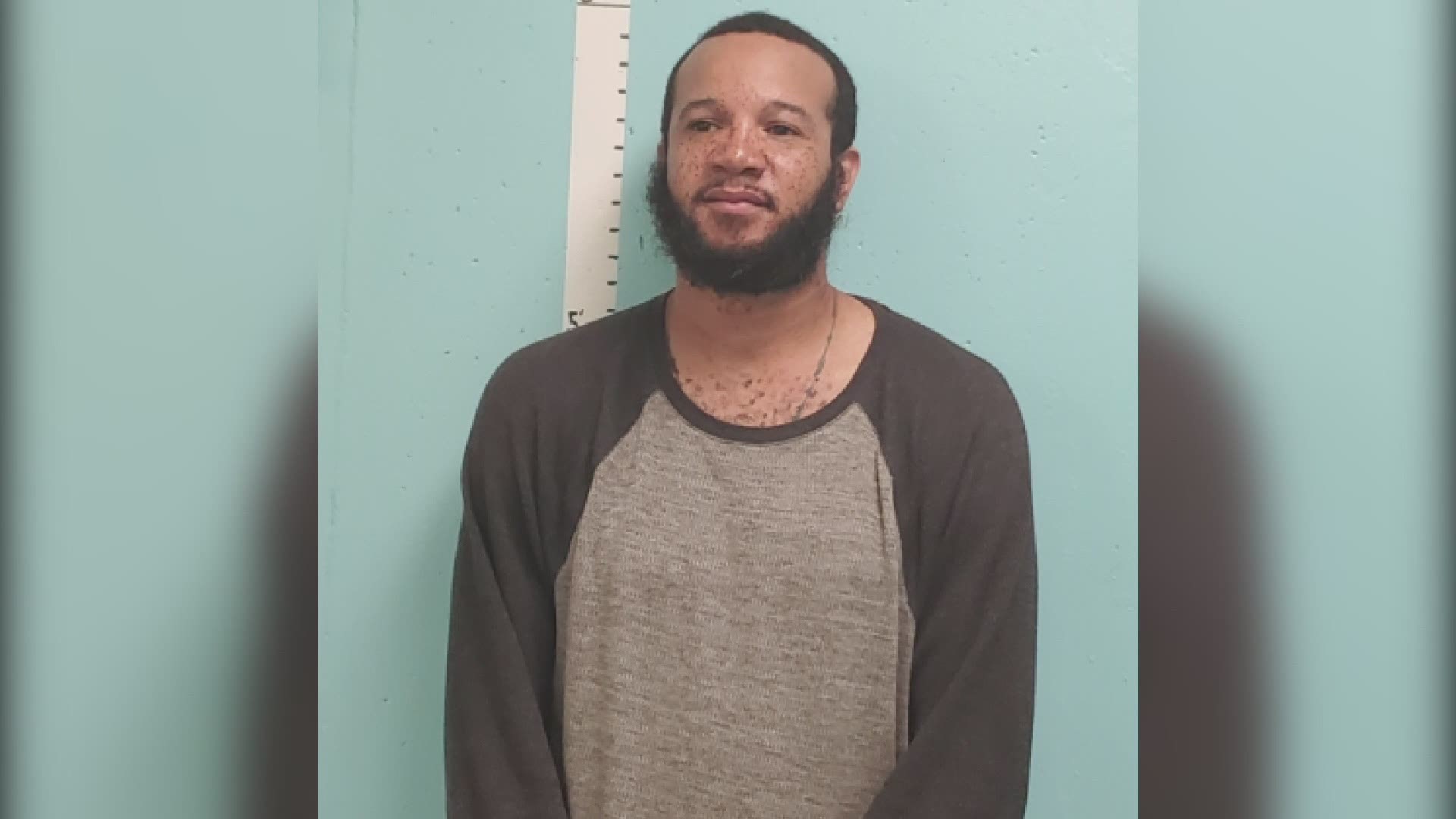 CARTHAGE, Maine — Derell Guy was arrested Tuesday afternoon after officials in Maine began searching for him on Monday.

The 34-year-old was arrested without incident around 1 p.m. Tuesday. Police are still investigating his reason for being in Maine. He was unarmed at the time of his arrest.

Guy was listed as a fugitive wanted by Massachusetts State Police for murder and armed robbery in Lynn, Massachusetts.

At about 10:30 a.m. on Monday, the Wilton Police Department stopped a vehicle on Route 2 in Wilton where Guy was a passenger. Officers said Guy fled on foot and remained at large overnight.

At 11:30 a.m. on Tuesday, Maine State Police said they received credible information of a confirmed sighting of Guy behind a residence on Earth Way in the town of Carthage.

Multiple law enforcement agencies immediately responded and saturated the area. After a brief K-9 track with the Maine State Police Tactical Team, Guy was located at approximately 1 p.m. and taken into custody without incident. He was located on the Winter Hill Road in Carthage, Maine, approximately 6 miles from where he was initially stopped.

#BREAKING: Maine State Police tell me they have captured Derell Guy. They expect to give more details at a press conference at 3 #NEWSCENTERmaine pic.twitter.com/lw7aBR3vQC

Guy has been transported to the Franklin County Sheriff’s Office where the U.S. Marshals Service will be charging him with being a fugitive from justice. Guy will await extradition from Massachusetts.

England also extended thanks to the members within the surrounding communities for their continued support and the ongoing information that was provided.

RELATED: Fugitive on Massachusetts Most Wanted list is actively being sought by Maine law enforcement

According to the Massachusetts State Police Department Most Wanted Bulletin, "In the early morning hours of January 4, 2020, the Lynn Police Department responded to a call of shots fired in the area of Howard Street. Responding officers discovered a male suffering from a gunshot wound who was later pronounced dead at a local hospital. The ensuing homicide investigation by Lynn PD Detectives and the State Police Detective Unit assigned to the Essex County District Attorney’s Office resulted in a warrant being issued out of Lynn District Court for Derell D. GUY for Murder and Armed Robbery.

GUY is actively avoiding law enforcement, goes by the nickname “Freckles” and has multiple tattoos on his body. He has an extensive criminal history in Massachusetts which includes previous convictions for multiple counts of Assault & Battery With a Dangerous Weapon (Rock, Stick) and multiple counts of Assault & Battery. GUY has two other unrelated Massachusetts arrest warrants for charges to include A&B, Malicious Destruction of Property, B&E Building Nighttime for Felony and Larceny Over $1200. He has ties to the greater Lynn area and should be considered Armed and Dangerous. Arrest Warrant #2013CR000374, #1213CR003074, and #1013CR005643 exist for GUY with Nationwide Extradition authorized."

Most of the law enforcement that was lining route 2 is now at the end of Winter Hill Road #NEWSCENTERmaine pic.twitter.com/aCySXuYtdz

Quite a few cruisers near basin Road right off route two in Wilton. Police seem to be spaced about every 1,000 feet for about a half mile stretch pic.twitter.com/EbGf1AWMFm