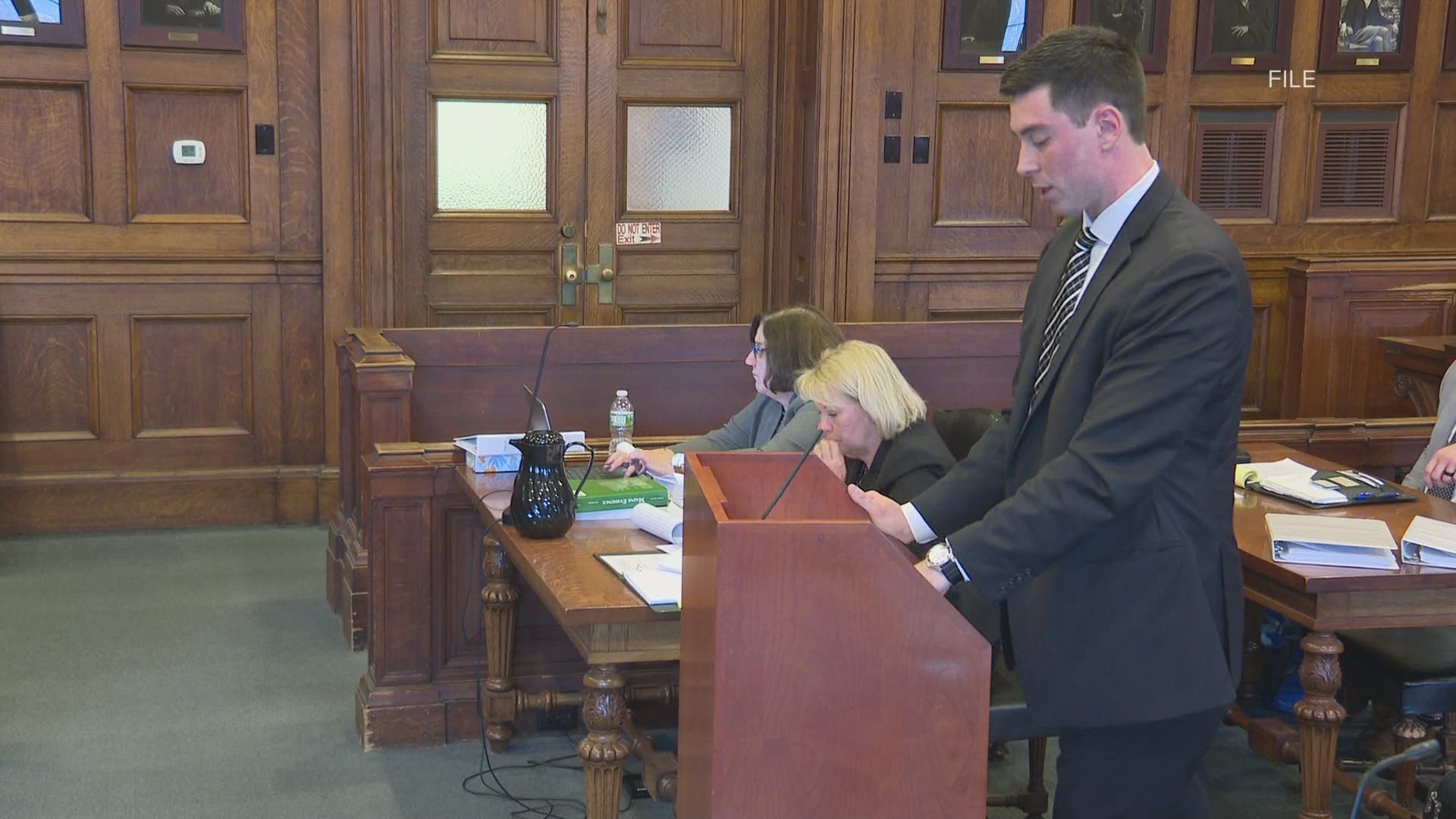 PORTLAND, Maine — A Maine man convicted in 2019 of killing Somerset County Sheriff's Deputy Cpl. Eugene Cole is asking the court to grant him a new trial on the grounds that one of the officers who arrested him was disciplined the day before he testified.

John D. Williams was convicted of shooting and killing Cole and was sentenced to life in prison in September 2019.

Cole, 61, was shot and killed in 2018 as he attempted to arrest Williams on drug charges in Cole's hometown of Norridgewock.

The incident sparked one of the largest manhunts in the states' history.

According to a motion filed in Cumberland County Superior Court, Trooper Tyler Maloon -- one of the officers who arrested Williams following the shooting -- testified at Williams' motion to suppress hearing, and at his trial.

Williams defense argued, unsuccessfully, that "the beating and threats he sustained at the hands of the arresting officers caused him to be fearful of further beatings if he refused to cooperate with the interrogating detectives."

"Unbeknownst to Defendant, one day before his testimony at the suppression hearing, Trooper Maloon was disciplined for failing to provide notice to his chain of command of a potential act of misconduct and to provide proper documentation of the misconduct," the motion, filed by attorney Verne Paradie Jr., says.

"I was pretty shocked when I learned of this information," Paradie told NEWS CENTER Maine. "To be honest with you, the first thing that came to my mind was, 'Why would the attorney general's office withhold this information and possibly put this family back through -- Deputy Cole's family back through -- another trial?' It was information that definitely should have been disclosed whether I asked for it or not. I had asked for it, so I'm not really sure why it wasn't disclosed to me."

Marc Malon, spokesperson for the Maine Attorney General's Office, told NEWS CENTER Maine Friday that the AG's Office "was not aware of Tyler Maloon’s discipline by the Maine State Police for 'Failure to provide timely notice through your chain of command of a potential act of misconduct and you failed to provide proper documentation of the conduct through reports and interviews' until it was recently raised by Mr. Williams."

"Having now learned of the discipline, the State does not consider it Brady or Giglio material that should have been turned over to the defense," Malon said.

While the disciplinary report doesn't mention the Williams arrest, Paradie continues, "It seems highly likely given the nature of the discipline and its' timing that it was related to the misconduct of one or more officers during the arrest of Williams."

He argues that prosecutors had an obligation to provide that information to Williams' defense team, and that 'the state willfully withheld impeaching evidence that caused significant prejudice to" Williams -- enough to warrant a new trial.

"The defense was provided copies of investigative reports that demonstrated that Trooper Maloon did not initially report his observations of Mr. Williams being struck," Malon said. "Trooper Maloon later disclosed his observations about Mr. Williams being struck to the Attorney General’s office who promptly disclosed this exculpatory information to the defense. The events that lead to the disciplinary action were provided to the defense prior to the Motion to Suppress and the trial. Trooper Maloon was a defense witness at trial."

Malon said, "The Motion for a New Trial and the State’s position will have a full hearing and we are confident that the State has met its obligations."

Paradie said Friday that he still has not received any information about the discipline of officers in Williams' arrest.

Williams appealed his conviction to the Maine Supreme Court in September 2020, with Paradie arguing that the court erred in denying his motion to suppress a confession because Williams did not waive his Miranda rights and his statements were not made voluntarily.

The Maine Supreme Judicial Court denied the appeal and affirmed both the judgment and Williams' life sentence.