Maine man pleads not guilty to charges in connection to riot at U.S. Capitol

Kyle Fitzsimons of Lebanon is charged with 10 counts including assaulting an officer and disorderly conduct during the Jan. 6, 2021, attack on the U.S. Capitol 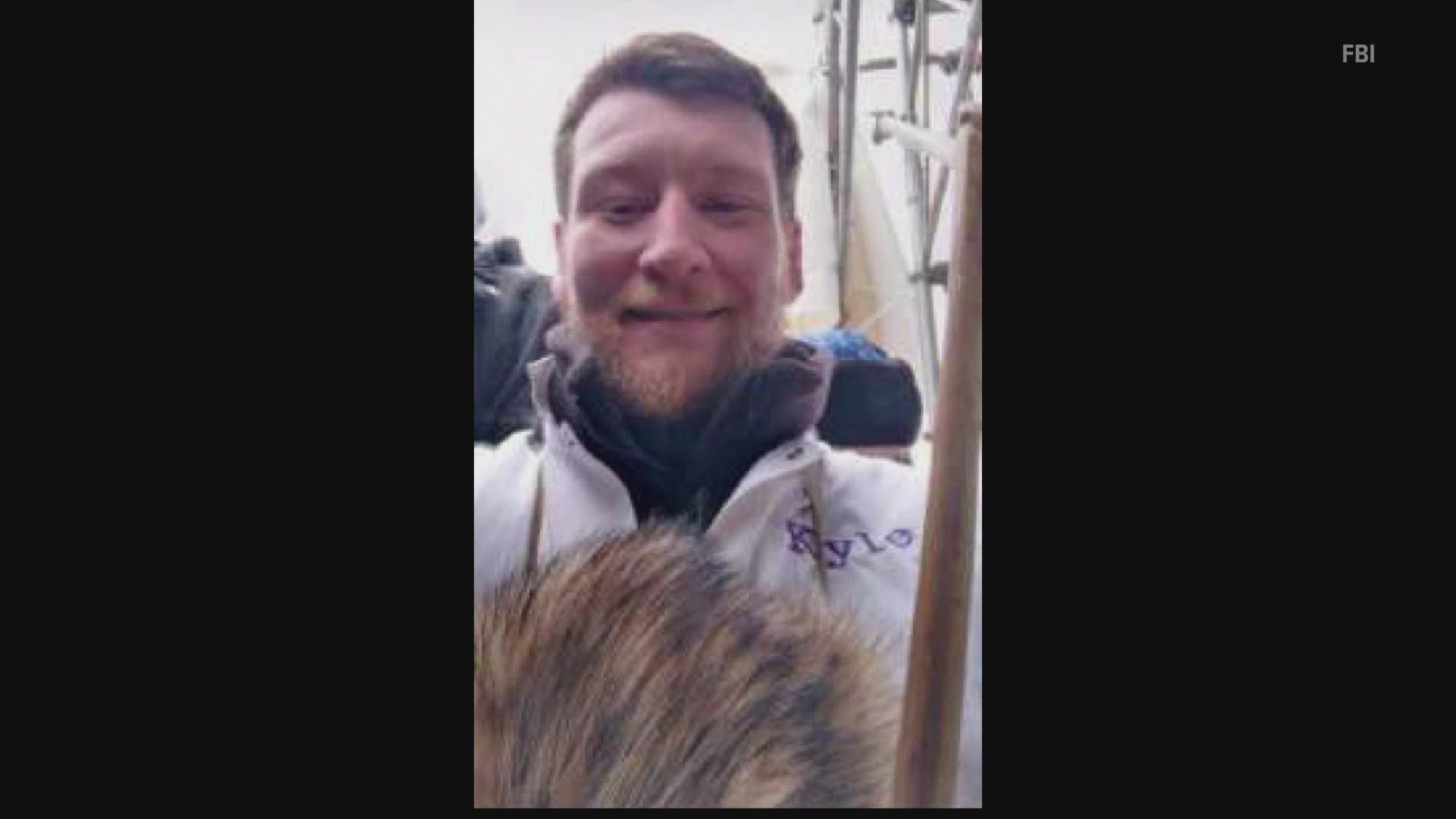 PORTLAND, Maine — A Maine man charged in connection with the Jan. 6, 2021, riots at the U.S. Capitol pleaded not guilty to all charges Thursday.

Kyle Fitzsimons is charged on 10 counts including two counts of civil disorder, two counts of assaulting/resisting/impeding officers or employees.

Fitzsimons "was observed pushing and grabbing officers who were holding a police line in an arched entranceway on the lower west terrace of the Capitol Building," according to an arrest warrant.

Prosecutors say, Fitzsimons, wearing a dark blue sweater and white coat, and carrying a fur pelt, then moved to the front of the group of rioters and grabbed at officers.

"After being struck by officers' batons, Fitzsimons got up and moved toward the middle of the archway," the complaint states. "He lowered his shoulder and charged at the line of officers."

After an alert was issued with Fitzsimon's photo, prosecutors say three people called to say they recognized him. Among them, they pointed to a story in the local Rochester (N.H.) Voice in which he said he'd attended the Jan. 6 rally and then walked to the Capitol, and was hit in the head with a baton after he was pushed into a police line.

Fitzsimons said the crowd was asked by former President Donald Trump to walk to the Capitol to "give our Republicans, the weak ones ... the kind of pride and boldness that they need to take back our country.”

He said he changed into "butcher whites" in a parking garage, where he said he picked up an unstrung bow to carry as a sign of his peaceful intent.

An informant also told the FBI that Fitzsimons called into a Lebanon town meeting the day after the riots and said he came upon the riots while in Washington, D.C., to protest for peace.

Fitzsimons allegedly demanded the phone number of Chinese President Xi Jinping and said he wanted to start a war with China. He then told the person who answered if they didn’t give him the number, “he was going to go out on the street and start talking to the Chinese people he saw,” the motion said.

When the staffer asked for his name, he allegedly said, “This is Kyle Fitzsimons, the man who wants to start a war.” Fitzsimons’ tone was “very aggressive and angry," documents state.

Fitzsimons was arrested Feb. 4 in Lebanon. He is being held without bail and is scheduled to appear in court on May 7.