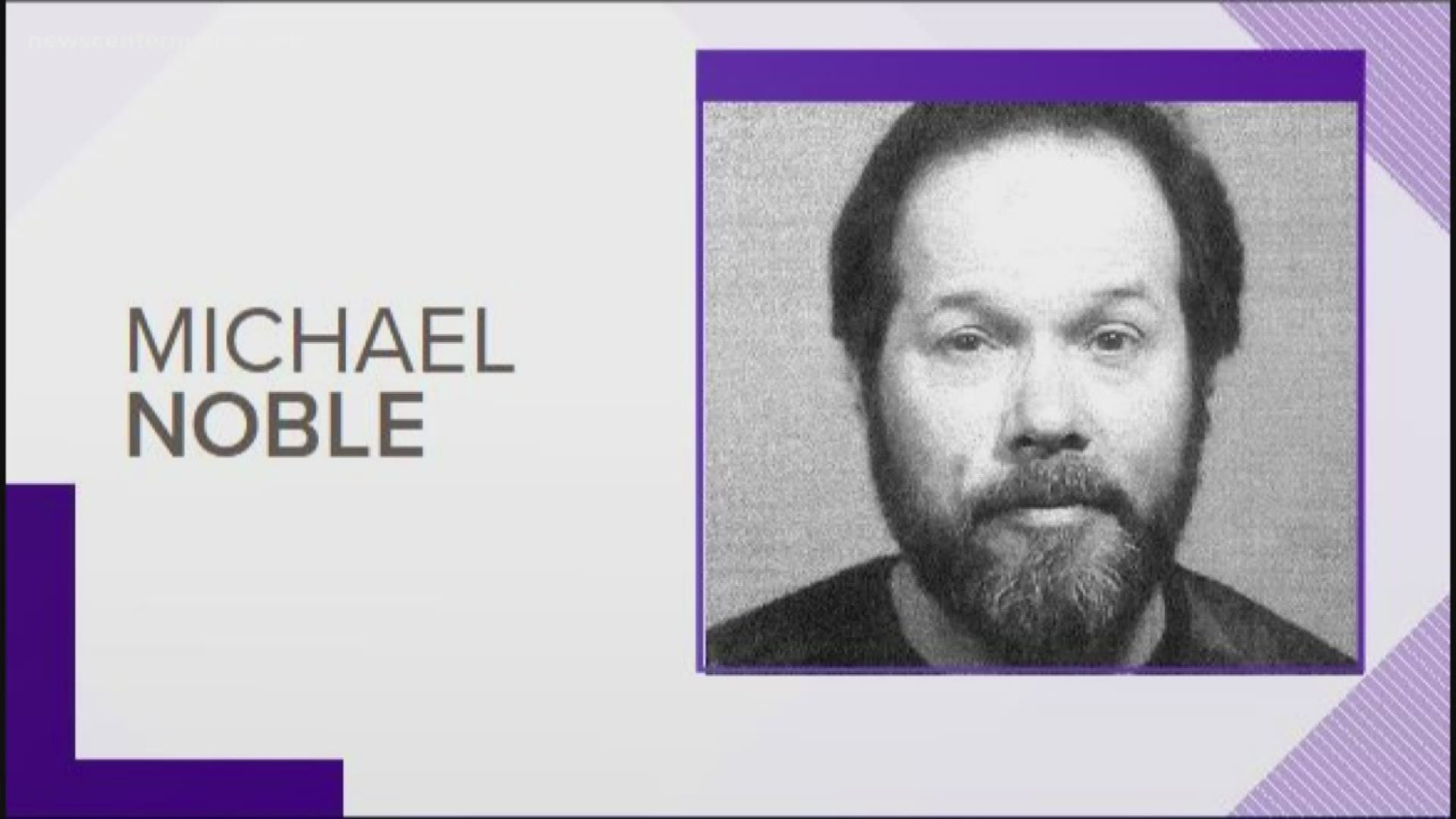 PORTLAND, Maine — A potentially scary situation was averted at the Cumberland County Courthouse this week.

Court security said on Tuesday morning a man from Gray tried to get through security with two loaded handguns.

46-year-old Michael Noble came to the courthouse for a traffic violation.

Officials said he walked in, put some items onto the conveyor belt and set off the alarm when he walked through the metal detector.

The judicial marshals started asking him questions but they weren't getting any answers.

The marshals patted him down and officials say they found two loaded handguns in his pocket, with bullets in the chamber, as well as ammunition.

Mike Cote, the Director of Judicial Marshals and Emergency Services said his marshals did an outstanding job and the security system in place worked.

"He [Judicial Marshal] checked the alarm, searched him and found he did have a firearm," Coty said.

On an average day, anywhere from 500-700 people walk into the Cumberland County Courthouse in Portland.

Most of the time it's without a problem, but Tuesday was different.

"When one [gun] was found he was still not willing to give up the second one. I believe that is not what a normal person would do," Coty said.

Coty says the court's security procedures worked as they're supposed to and it's a testament to how much they're needed.

"Not everyone comes to court voluntarily. A lot of them are sent an invitation and they're not happy when they come here. All it takes is someone with a bad agenda and we have a catastrophe and that is our job to try to prevent it."

In Maine, every courthouse has a walk through a metal detector, but they don't always have the marshals to staff them.

And out 36 court locations 29 have an x-ray machine, the ones that don't, simply don't have room for them.

"Entry screening is not at our doors 100% of the time." When asked if it should be Coty said. "Yes, by all means."

Coty said it's all about funding, something chief justice Leigh Saufley has been a big advocate for.

"I think what we have in place in courts where we have entry screening works."

And it certainly worked this time at the Cumberland County Courthouse.

RELATED: Police believe Portland man was beaten to death with a frying pan

Noble had been charged with two counts of unauthorized possession of a firearm in a courthouse. He is out on bail and there is no word yet on when his court date will be.