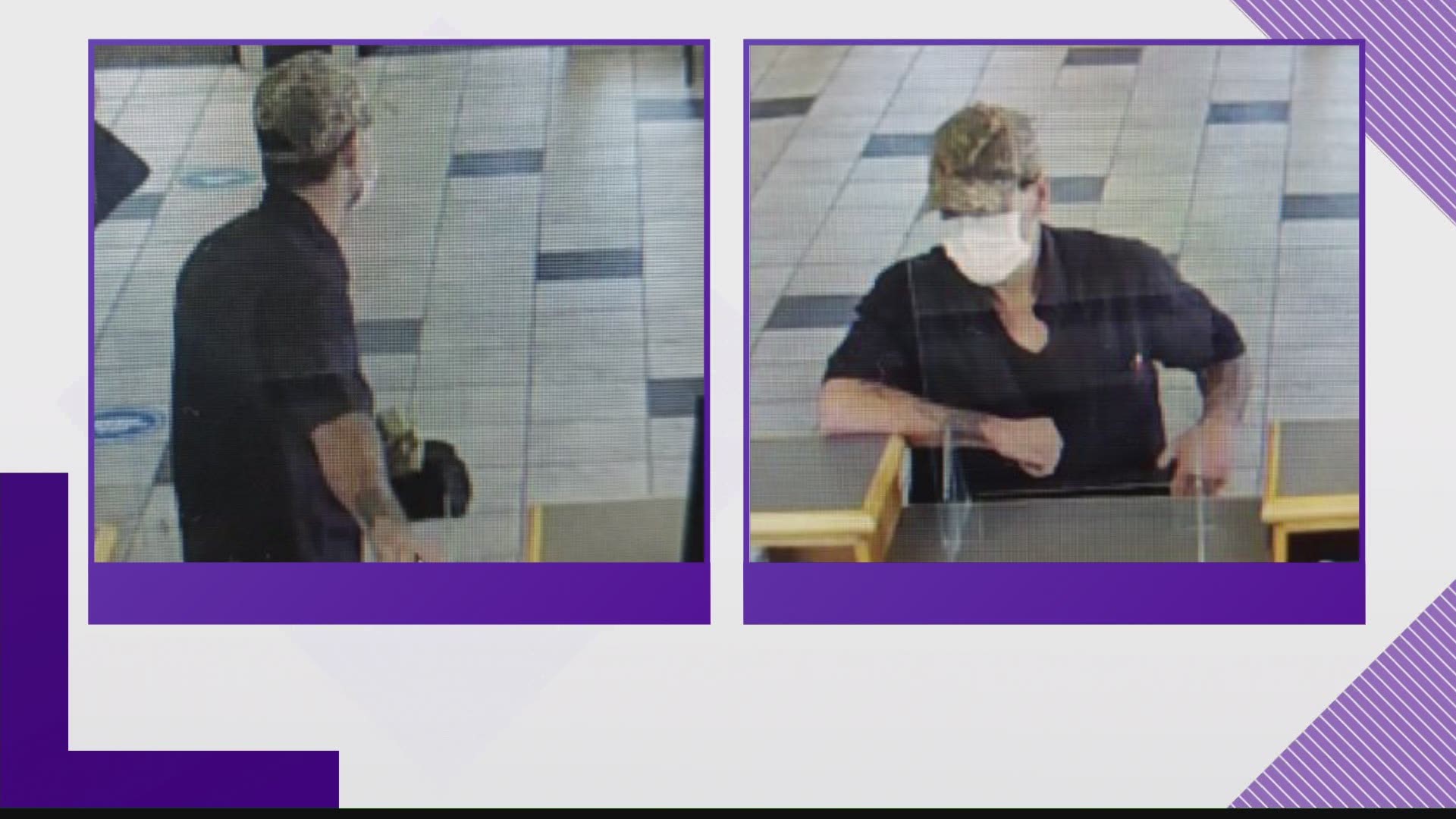 BANGOR, Maine — A man from Old Town is accused of robbing a bank in Bangor Thursday afternoon.

Donald Turner, 48, is currently on federal probation for a previous bank robbery conviction, according to the Bangor Police Department. He is now being held on a federal arrest warrant charging him with violating probation. Police said charges for the Bangor Savings Bank robbery are pending.

Around 2:25 p.m. Thursday, officers responded to 687 Hogan Road (Bangor Savings Bank) for a reported robbery. The suspect had allegedly made a threat before fleeing the bank with an undisclosed amount of money.

No one was hurt during the robbery.

Detectives from the Bangor Police Department Criminal Investigation Division immediately began investigating. Their investigation led them to 67 First Street in Bangor where, around 6 p.m., they located and arrested Turner.

According to police, Turner was found in possession of handgun at the time of his arrest.