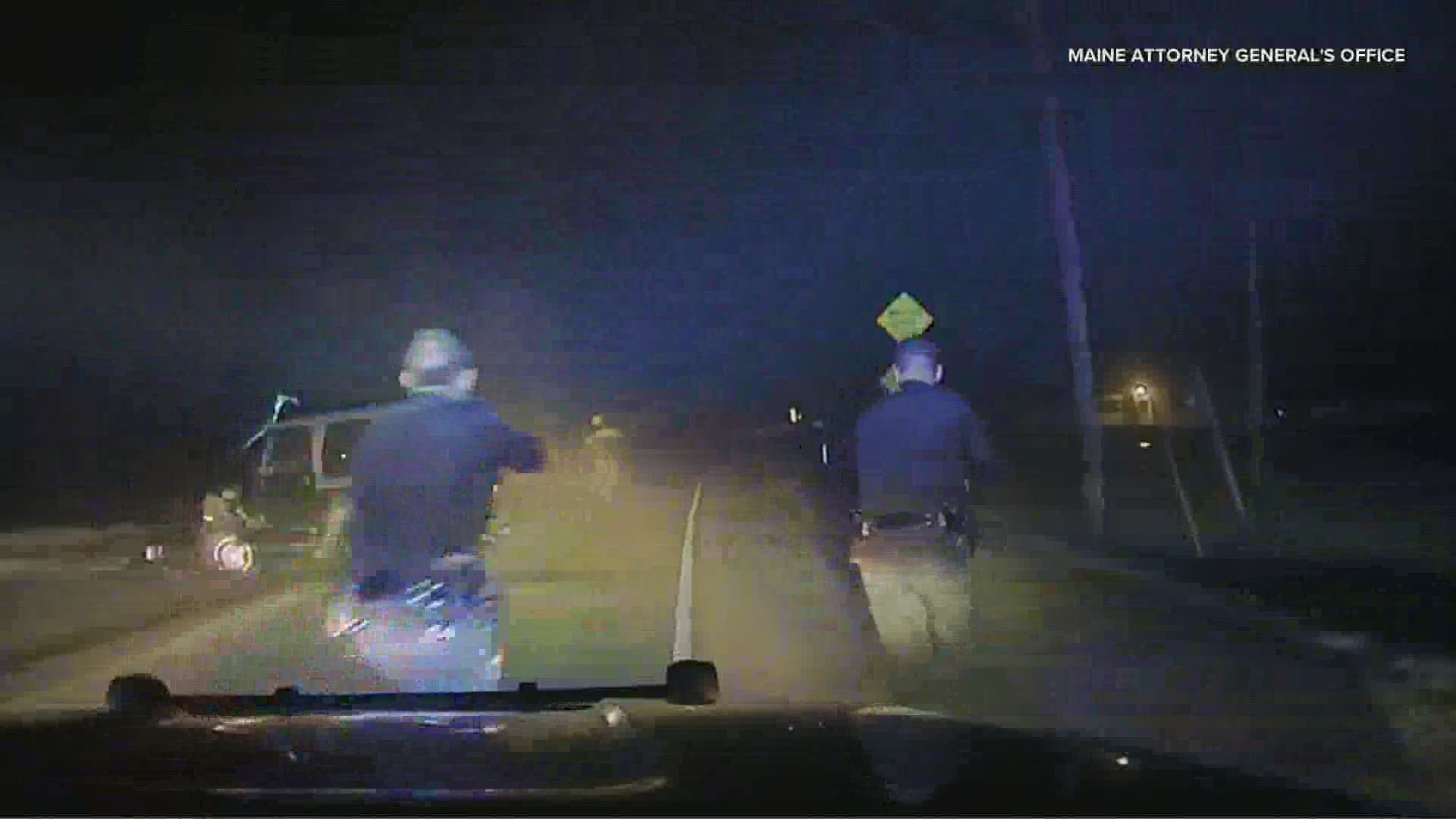 AUGUSTA, Maine — After a year-long investigation and pressure from family and journalists, Maine Attorney General Aaron Frey has determined the police-involved shooting last February in Minot was justified.

Gora's family told NEWS CENTER Maine he was never armed and that they repeatedly told police dispatchers that.

When police found Gora around 8 p.m. that night, police said he refused to stop resulting in a car chase into Minot, according to officials. Gora then drove his 1997 Jeep Wrangler into a Mechanic Falls Police cruiser in the parking lot of the Minot Post Office, totaling the cruiser.

Following the crash, Gora got out of the Jeep. Dash cam and body cam video obtained by NEWS CENTER Maine shows police yelling and chasing him. Officers then fired dozens of shots and Gora died at the scene.

RELATED: ‘They were supposed to help him, not kill him’ | Family of man shot by police backs lawmaker's calls for change, law enforcement says it goes too far

Per Maine law, any use of deadly force by law enforcement is investigated by the Attorney General’s Office.

The investigation analysis and conclusion released Wednesday by the Attorney General’s Office explains that under Maine law, for a police-involved shooting to be justified “the person must reasonably and actually believe that unlawful deadly force is imminently threatened against the person or against someone else.”

Also, “the person must reasonably and actually believe that deadly force is necessary to counter that imminent threat.”

The investigation concluded the officers were aware Gora was suicidal and and may have 'provoked' an altercation with police.

The investigation said Gora then failed to comply with officers and faced the officers with an object that appeared to be a firearm. It was later determined to be a knife.

Leading up to the shooting, the high-speed chase not only posed a significant danger to the safety of others but “he also threatened the life of Sgt. Daigle when he directed his vehicle at the police cruiser,” the AG’s Office concluded.

“All the facts and circumstances point to the conclusion that the officers reasonably believed their lives were threatened and that it was necessary to act in self-defense and in defense of third parties when they used deadly force,” Frey wrote.