The Maine State Police Explosives Unit searched the building and found the building was clear and there were no explosive devices. 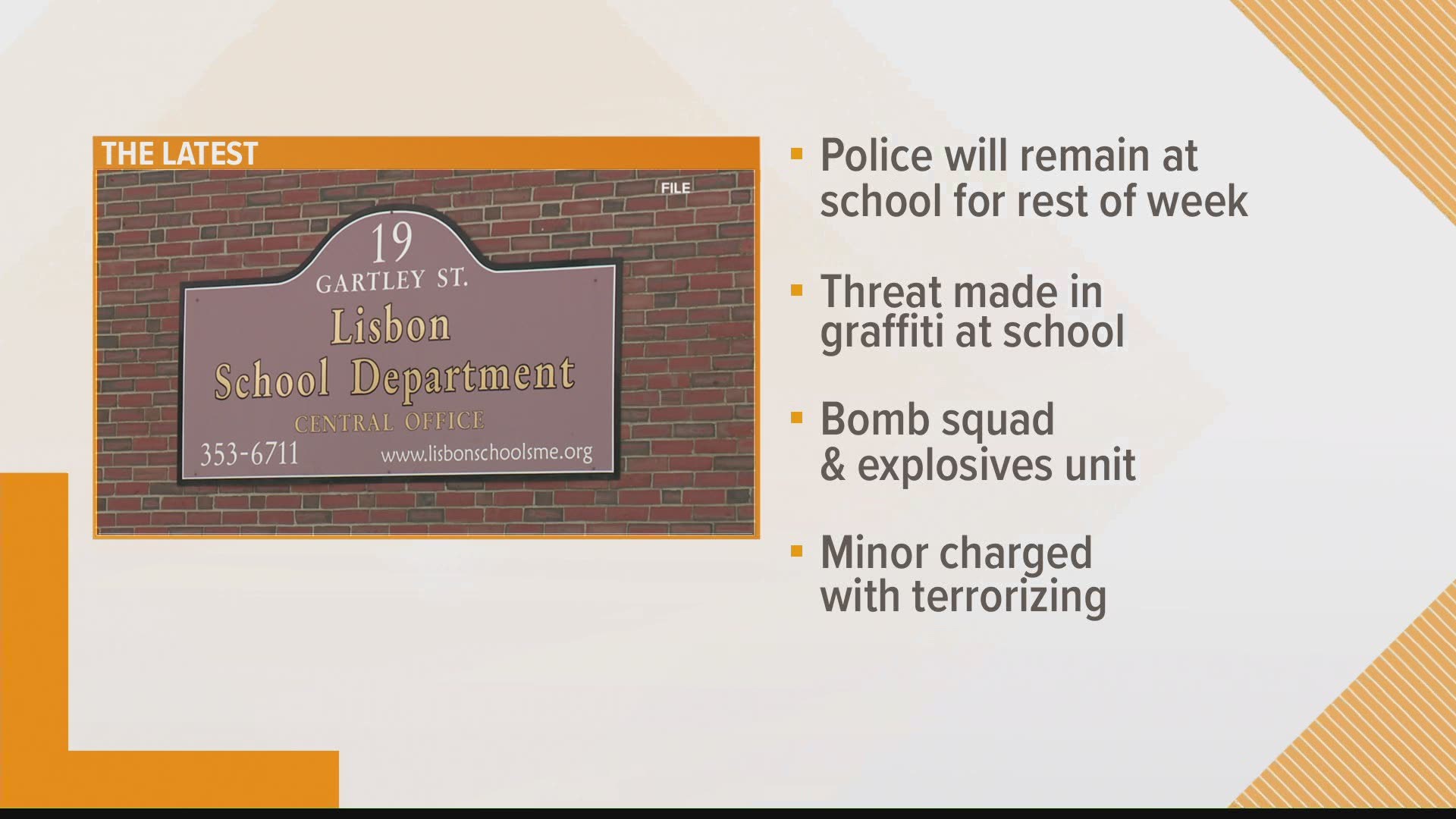 LISBON, MAINE, Maine — On Tuesday, October 20, 2020, the Lisbon School Department discovered a threatening word in graffiti inside the Lisbon High School. On Wednesday, police said a second threat was identified, leading to charges against a student.

On Wednesday, Lisbon police said they positively identified the student involved in the incident and placed the juvenile suspect into custody. The juvenile was charged with terrorizing, which is a class C felony. Police said no other details of the investigation can be released at this time.

Upon investigation, Lisbon School Department said the threatening word in graffiti found inside the high school Wednesday was determined to not have any validity or substance.

Lisbon Police Department posted extra officers at the Lisbon High School on Wednesday out of caution. The School Department was made aware of a second threatening message at LHS. Again, out of caution, the decision was made to dismiss students and staff and evacuate the building.

Several interviews were conducted by Lisbon investigators and several students, parents, and staff all assisted the Lisbon Police Department in the investigation.

The Lisbon Police Department is reassuring the Lisbon community that there was never any explosive device and that this came down to a terrorizing comment and was no substantiated risk to the school, its students, or the community.

Lisbon Police Dept. says it will have extra officers at the Lisbon High School throughout the week to add a safety presence and also a resource to students or high school staff that may have had any anxiety from this incident.