Limington man to spend 38 years in prison for murdering neighbor

Bruce Akers, who murdered his neighbor Douglas Flint in Limington in 2016 with a machete, was sentenced to 38 years behind bars Monday. 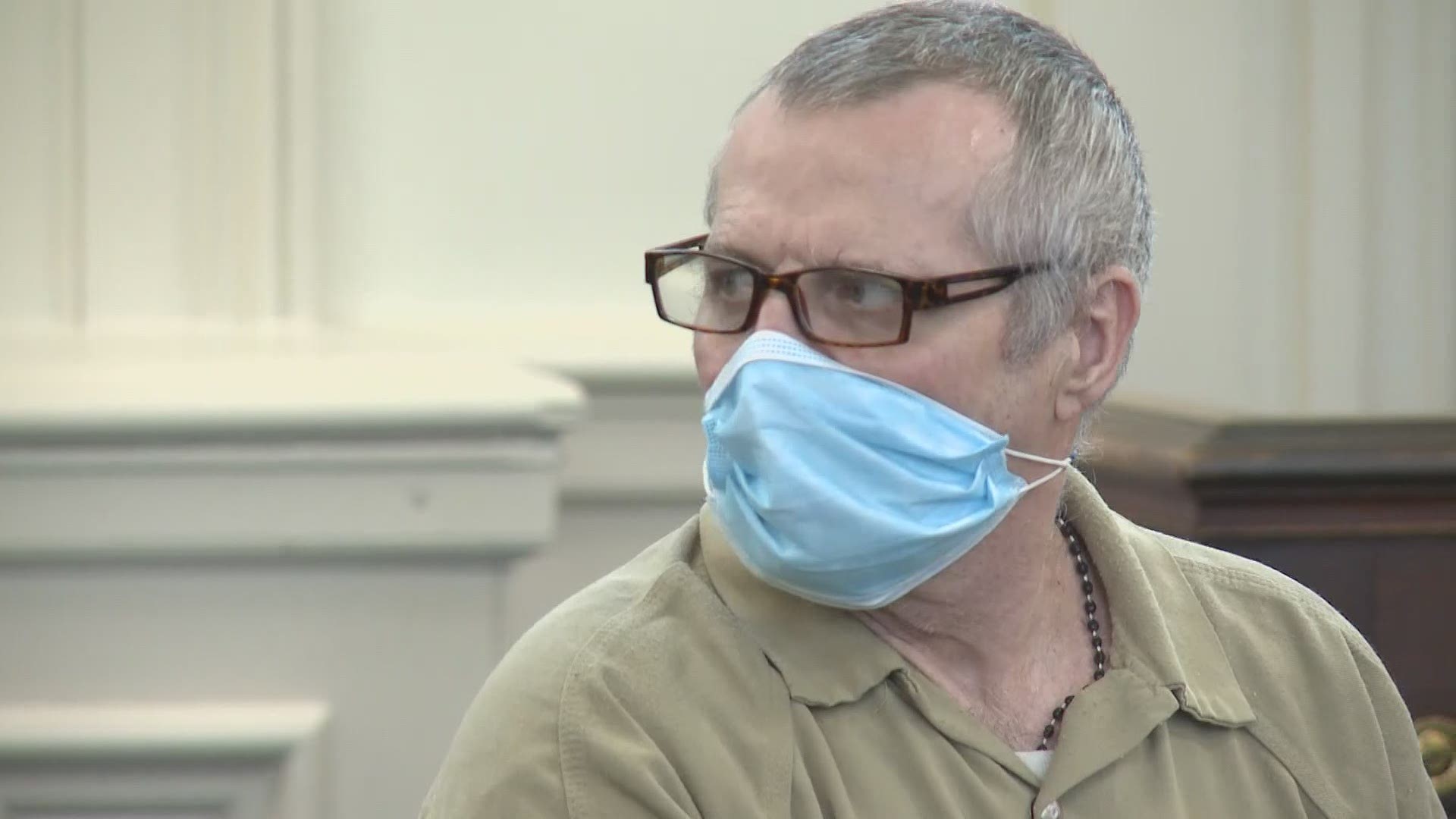 LIMINGTON, Maine — Bruce Akers of Limington will spend 38 years in prison for killing his neighbor with a machete.

A jury found him guilty earlier this year for murdering Douglas Flint, 55, in Limington in June 2016.

The medical examiner found the cause of death to be blunt-force and sharp injuries from more than a dozen strikes to the neck and head, causing partial decapitation.

Akers' defense argued Monday that he battled mental health issues and was in an abnormal state of mind at the time of the murder. Assistant Attorney General Bud Ellis said it was a horrific crime.

"Bruce Akers reached for the machete in his trailer. Whatever the final blow was delivered, he took that machete and he hit Douglas Flint a minimum of 13 to 16 times across the head and neck area with the machete," Ellis said.

The State had requested a sentence of 45 years while the defense was asking for 25 years.