Joshua R. Boyd and Lee Davis both face multiple charges after allegedly being involved in the shooting on Howe St. in Lewiston in the early hours of Wed. morning. 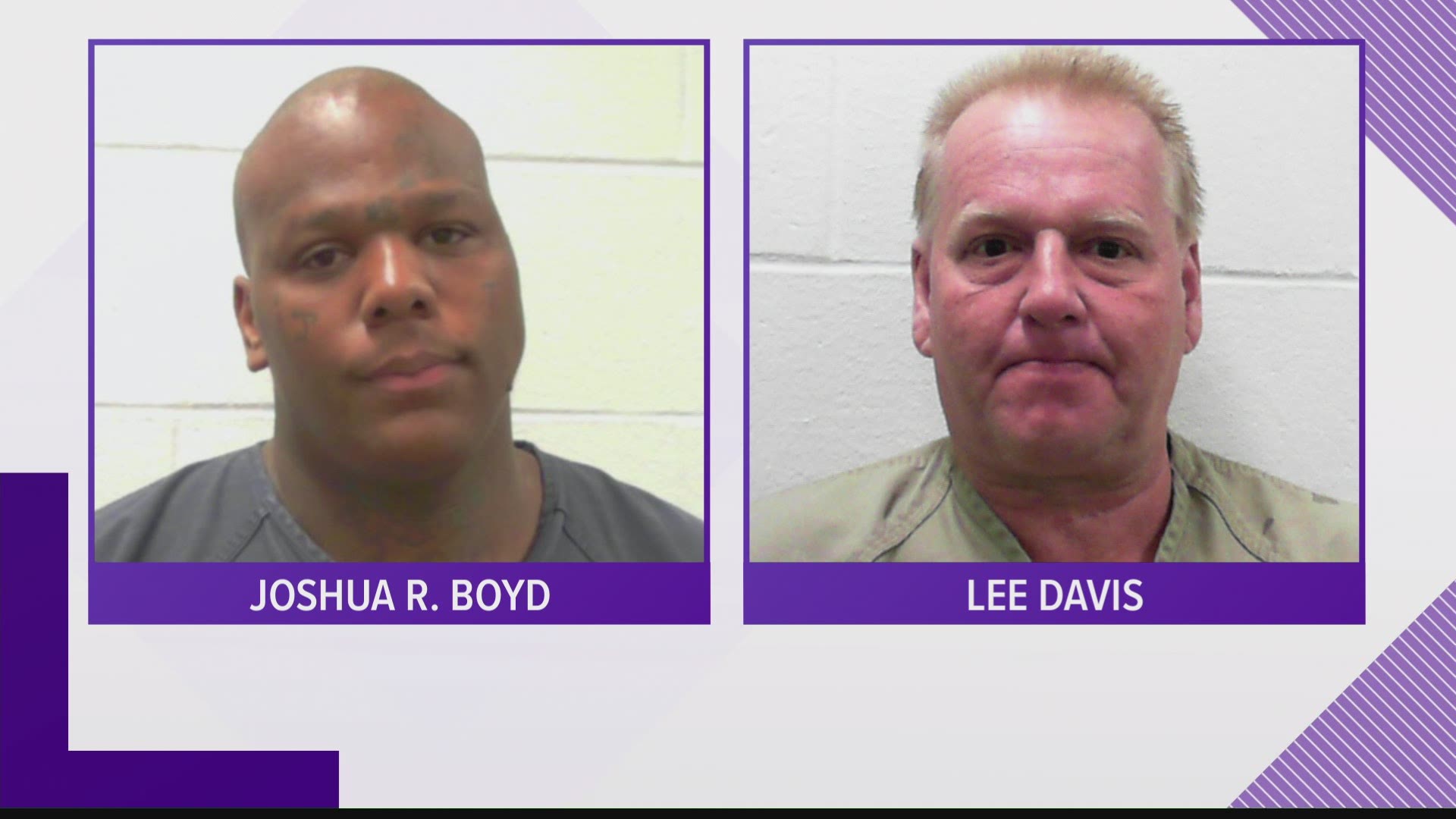 LEWISTON, Maine — The Lewiston Police Department arrested two men who are believed to be suspects in the shooting that happened overnight Wednesday at 30 Howe St. in Lewiston.

Police arrested and charged Joshua R. Boyd, 27, of Boston on Wednesday with

Also charged Wednesday as part of this investigation is Lee Davis, 55, of Lewison. He is charged with:

Boyd is the suspect accused of firing at Lewiston Police Corporal Jeremy Somma as he responded to the Howe St. address for a threatening complaint involving a gun. Corporal Jeremy Somma was the officer who fired back and became involved in a foot pursuit with Boyd. Neither the officer nor the suspect was struck by gunfire or was otherwise injured.

Anyone with information on this incident should contact Detective Desiree Michaud at 207-513-3001 x 3308.

Police have also blocked off Howe St at the Ash St intersection. An officer tells me that Howe St from Sabattus to Ash is currently the only section of road closed @newscentermaine pic.twitter.com/EWXTyoyPGQ