After police stopped the chase due to high speeds, they found the driver, Devin Jeselskis, in the driveway of an Auburn home 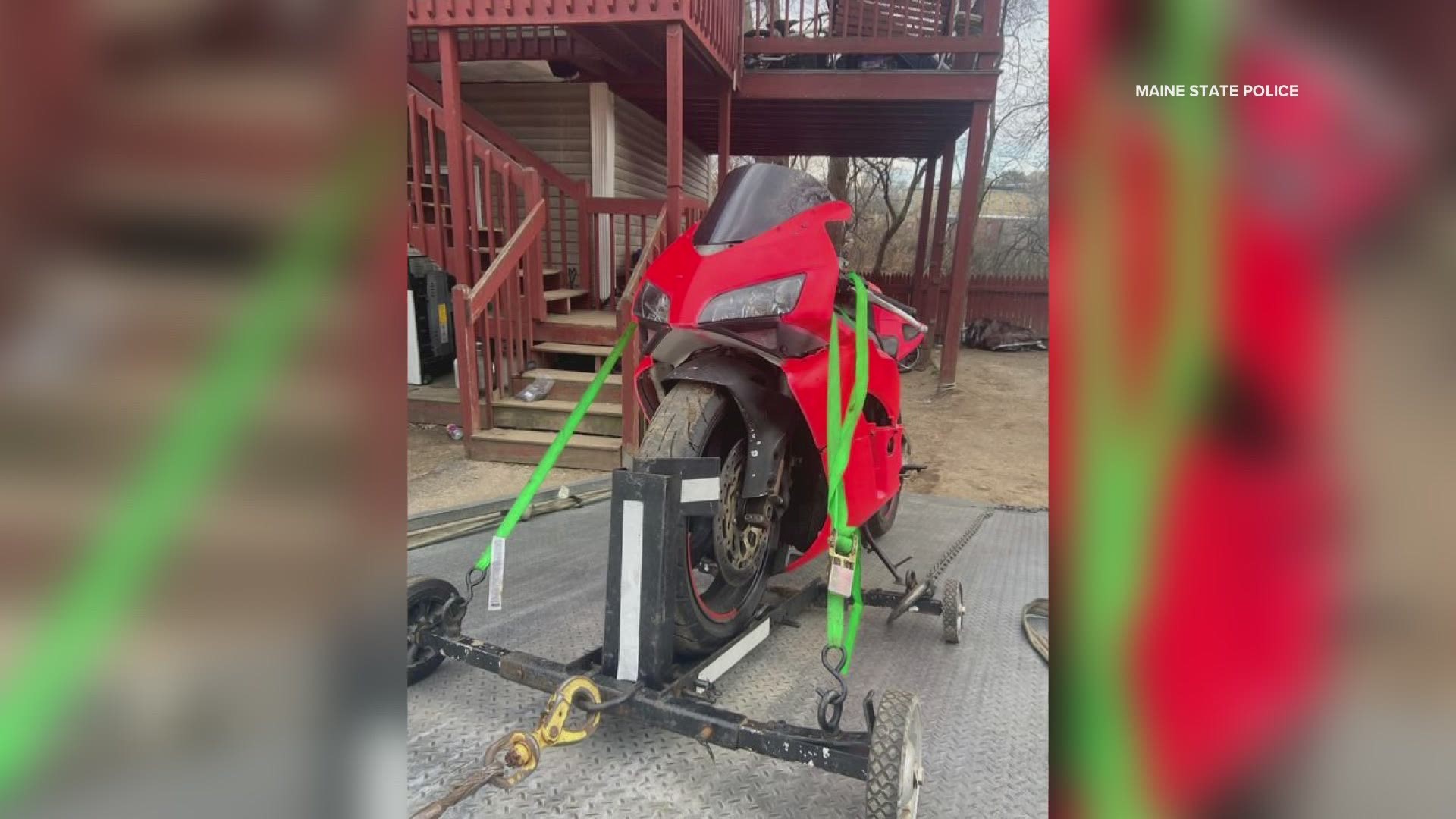 A Lewiston man faces multiple charges after he allegedly reached speeds of 150 miles per hour while fleeing Maine law enforcement officers on a motorcycle Saturday.

Maine State Police said Monday that Devin Jeselskis was stopped as he traveled with two other motorcyclists who were “driving aggressively” on Route 202 in Greene.

State police said Maine State Trooper Tyle Nadeau assisted an Androscoggin County deputy who tried to stop the motorcycles, but only one stopped while the other two continued toward the town of Leeds.

Several minutes later, one of the two motorcycles returned to the scene, police said. When Nadeau tried to stop the motorcycle, the driver allegedly left at a high rate of speed, with Nadeau in pursuit for several miles “until speeds were too dangerous to continue the pursuit,” state police said in a Facebook post. “The driver continued to do multi-vehicle passes in the oncoming lane and his speeds were clocked at 154 mph.”

Nadeau located the suspect's motorcycle in Leeds, but the driver allegedly refused to stop and continued south on Route 202 toward Lewiston.

Deputies in the Greene area clocked the suspect's motorcycle at 135 mph and began to pursue the motorcycle until the high speeds caused them to stop, police said.

Hours later, state police said Nadeau and several deputies were able to identify the suspect as Jeselskis and then found him standing in the driveway of an Auburn home. Following a short foot chase, Jeselskis surrendered and was taken into custody without incident.

Maine State Police have charged Jeselskis with the Class C felonies eluding and driving to endanger, as well as misdemeanor criminal speed, operating without a license, and operating after suspension. He also faces several traffic citations.

The incident is still under investigation, according to state police.