Keene convicted of the rape, murder of Bar Harbor teen

Jalique Keene, the man accused of the 2018 Bar Harbor rape and murder of 19-year-old Mikaela Conley, was found guilty on Friday, May 24. 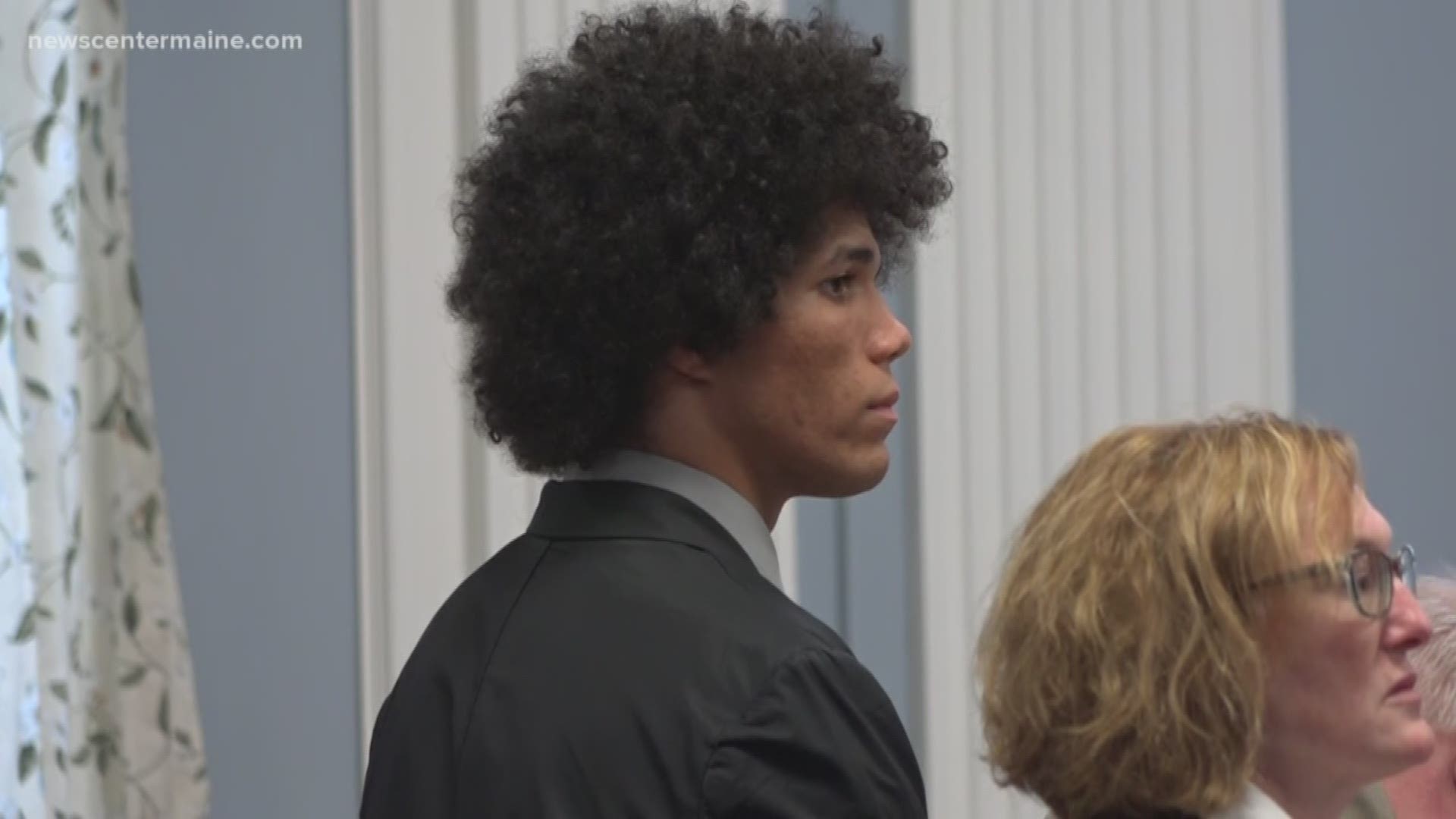 ELLSWORTH, Maine — Jalique Keene, the man accused of the 2018 Bar Harbor rape and murder of 19-year-old Mikaela Conley, was found guilty on Friday.

Emotions ran high at the Hancock County Superior Court in Ellsworth on May 24 when roughly 30 of Conley's friends and family members came to watch the jury's decision.

In the morning, Keene decided to testify on his own behalf.

He was played video recorded on the school grounds of Connors Emerson School, allegedly showing himself carrying Conley's lifeless body and then washing himself in a water spigot. Keene said he did not recall the events shown in the video.

Keene was questioned by prosecution and defense attorneys. He says that night, he had been awake for roughly 36 hours following an international flight from Serbia, where he played football.

Keene says he was picked up in Boston by Conley and then returned to Bar Harbor. Keene also added that later in the night, the two engaged in consensual intercourse.

After the two had sex, Keene says Conley became upset. He added that he tried to calm her down but then decided to leave her and meet at a different location along the water.

Keene says he does not recall the events of that morning until going to Conley's home where he left his phone and wallet.

Keene also talked about memories of an abusive childhood during his testimony.

During Keene's cross examination, he acknowledged that it was himself shown in the video played but again stated he did not remember the events of that morning.

Closing arguments followed. The defense stated that items found at the scene were not tested for DNA, prosecution arguing that video evidence shows no other person besides Keene and Conley at the scene.

"He physically injured her in many ways and caused her death," John Alsop, the prosecution attorney, said. "And he committed the act of gross sexual assault, also causing significant injures while doing it. He is guilty of both murder and gross sexual assault."

"Mr. Keene denies and continues to say he did not murder her. It would have been important to tell you, and it is important to test those items to see if there’s someone else’s DNA on those objects," Dawn Corbett, the defense attorney, rebutted.

Jurors deliberated for about two hours before arriving at their conclusion -- guilty on all counts.

"Hopefully this result will bring some closure and healing to the community," said Alsop after the verdict. "They suffered a great loss here, and you could tell the way this case affected the community was overwhelming."

A date for Keene's sentencing has not been set yet.