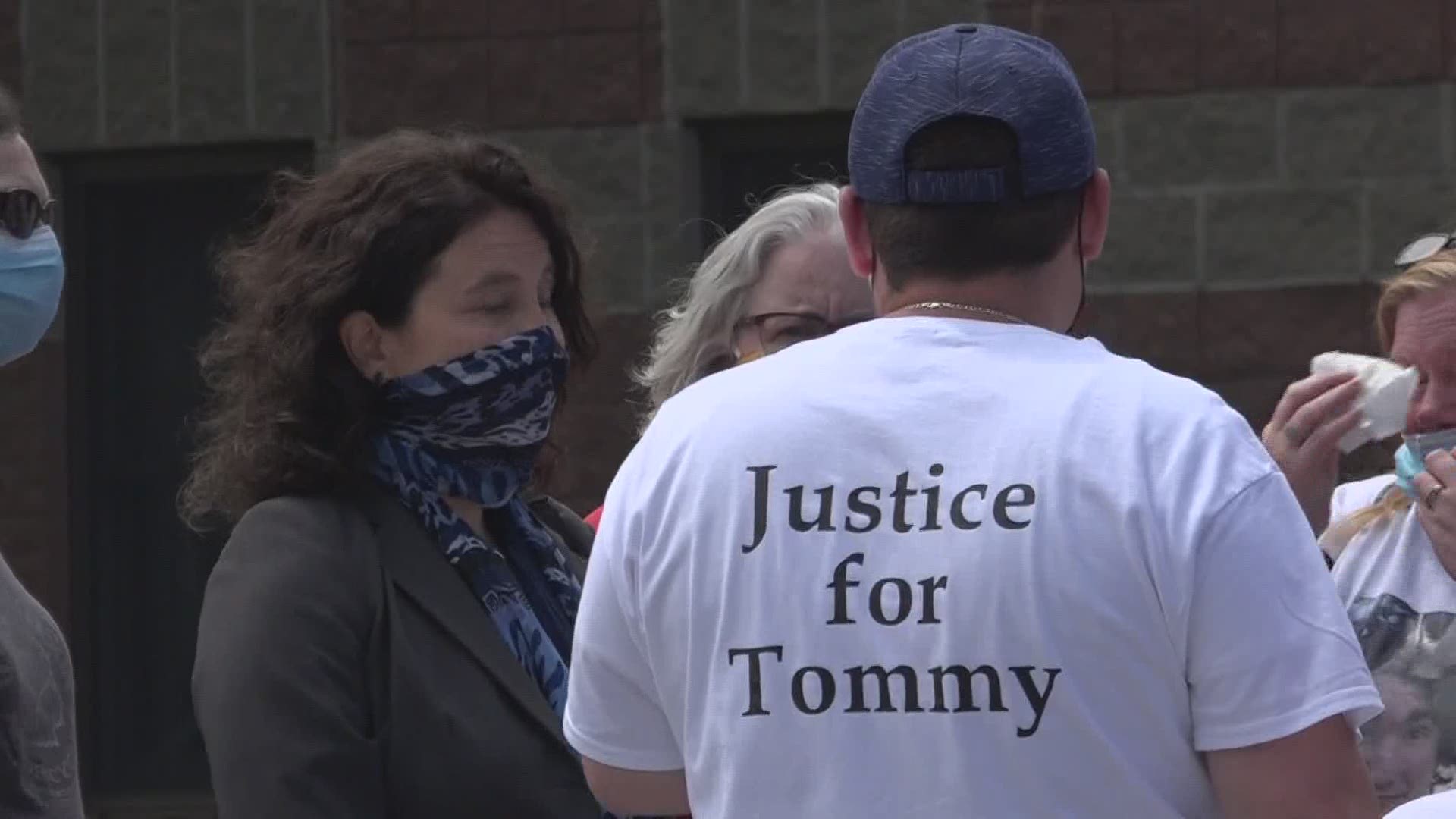 On February 9, Silva and four friends spent the early hours of the morning driving around the Clinton and Waterville area until the car hit an ice patch on Hinckley Road in Clinton. The car swerved off the road and hit a tree resulting in the deaths of three passengers and injuring the fourth.

15-year-old Thomas Porfirio, 14-year-old Emily Baker, and 12-year-old Ashlin Baker were the three killed in the accident. Silva and the 12-year-old passenger survived.

Silva did not have a driver's license at the time of the accident.

On Tuesday, Silva made his first court appearance after being charged last week. Silva was charged with three counts of vehicular manslaughter, reckless conduct with a dangerous weapon, and driving to endanger.

This appearance was a detention hearing, the first step in legal proceedings for juvenile cases.

“[The hearing is] where the judge decides whether or not the juvenile will be held in custody while waiting for the trial to occur," Kennebec County District Attorney Maeghan Maloney said.

The judge ruled to not hold Silva in custody but did place conditions with his release. They include being placed on house arrest with the exception of going to school, work, or medical appointments. Silva is not permitted to drive, leave Maine, speak with the survivor of the accident, speak with the victim's families, and is forbidden to use electronic devices that can connect to the internet.

Family and friends of the victims were at the Waterville District Court House as only 10 people are allowed inside courts due to Governor Mill's restrictions.

The Porfirio family wore shirts that said "Justice For Tommy." They were upset in the judge's decision to allow Silva to leave the courthouse with his mother.

“I am disappointed in the judge’s decision especially when this kid had no remorse for what he did," Tony Porfirio, the father of Thomas, said.

“We just hoped they'd see a reason to keep him in custody until his trial," family friend Ester Douglas added.

Tony Porfirio was upset that the judge didn't rule to keep Silva in custody because he feels the 17-year-old didn't take responsibility for his actions.

"[Silva] had gone out after he did this and said I’m going to take the car keys and take the car out and I won’t crash this time and the judge allowed him to go back to his mother.”

Porfirio added he and his family need to be strong as Tuesday's court proceeds are just the beginning of a long trial process.

“My son was a good boy, he loved everybody, he cared for everybody and he loved his family," he added.

Maloney said the next legal step for juvenile cases moves faster than adults. Normally, cases take about a year to go to trial but this case will be tried in a few months.

“The next part of the process will be a status conference and then there will be a trial," she added. “I do feel confident that we will have a guilty verdict.”

Maloney said the status conference will likely be next month, and the trial will begin a month after that.

RELATED: Arrest made in February's fatal crash in Clinton