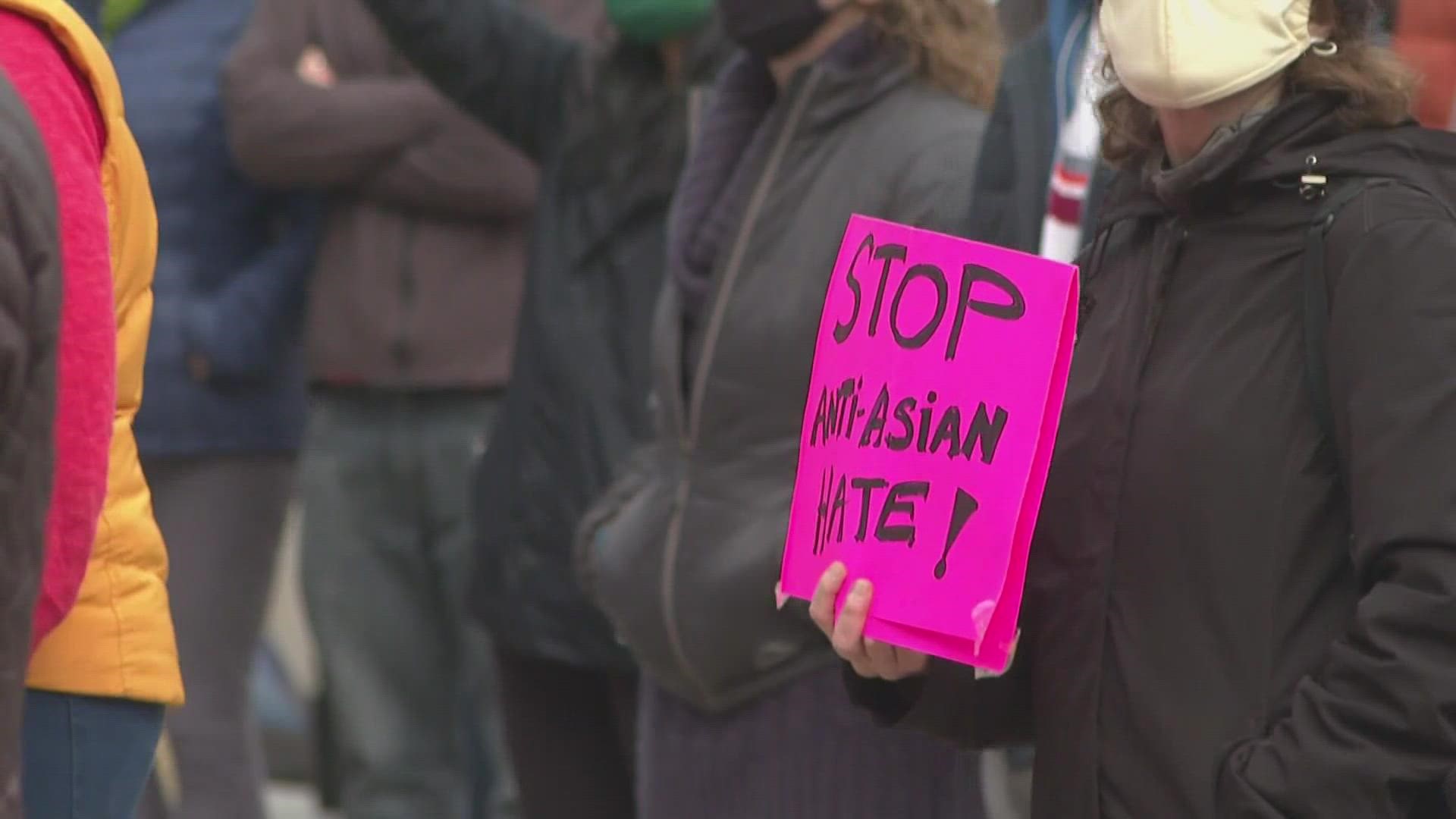 MAINE, USA — Leaders in Maine are speaking out following an increase in hate crimes in Maine in 2020.

New data released by the FBI shows a major increase in bias-related hate crimes in the state, with 83 in 2020 alone. In 2019, there were just 19 such incidents reported to the FBI.

"As Mainers, we tend to think of ourselves as people who look out for and do right by our neighbors. This may be true most of the time, but we cannot nor should we hide from the ugly truth: Hate crimes have dramatically increased over the past year. More and more Mainers have experienced violence due to their perceived race, religion, ethnicity, gender identity or sexual orientation. It’s wrong and it has to stop," wrote Maine Senate President Troy Jackson, D-Allagash, Maine Speaker of the House Ryan Fecteau, D-Biddeford, and and leaders of all four legislative caucuses wrote in a statement Thursday.

Following a #FBI report showing a major increase in hate crimes in the state in 2020, we're hearing from Maine's political leaders about the rise. Also, more on prosecution of such crimes, and the effort being taken to prevent them. Full story tonight on @newscentermaine at 11 pic.twitter.com/4Zu3BVpy6t

"Any type of bias-based crime is concerning, if it be one or if be 12," said Cumberland County District Attorney Jonathan Sahrbeck.

Earlier this week, Sahrbeck took part in a panel at St. Joseph's College in Standish on hate crimes. Topics focused on prosecution of such crimes, as well as a training how to be an active bystander and help prevent incidents or diffuse them.

"We want to make sure that we focus on what the actual root cause is. What's happening, and hold the person accountable, but also make sure that victim knows they're supported in our community," Sahrbeck said.

Another person who took part in the panel at St. Joseph's was Maine Assistant Attorney General Leanne Robbins. Robbins said the most important thing you can do is report any incidents of hate crimes you witness or are a victim of.

"If we don't know about the incident, we can't do anything about it, so the most important thing for any victim or witness to do is to call their local law enforcement agency," said Robbins.

"We have civil rights officers in every law enforcement agency in the state of Maine who are trained to screen these cases to the district attorney's office for criminal prosecution, and to the attorney general's office for civil enforcement," added Robbins.

According to Robbins, only bias motived violence, threats of violence, or property damage can be prosecuted by her office through the Maine Civil Rights Act.

As the country nears the 20th anniversary of 9/11, being vigilant towards any incidents of hate crimes is something very important to Maine's immigrant community.

"We want to make sure to be ready in case there are any hate crimes against Arab Americans or Muslim people in the area," said Zoe Sahloul, founder and executive director of the New England Arab American Organization.

Sahloul also took part in the panel and training at St. Joseph's College.

She hopes the Arab American and Muslim communities in Maine can continue to feel welcome, and active bystanders can help report, and diffuse any incidents of hate crimes they witness, too.