Ryan Carleton was found guilty of misdemeanor animal cruelty and will be sentenced at a later date. 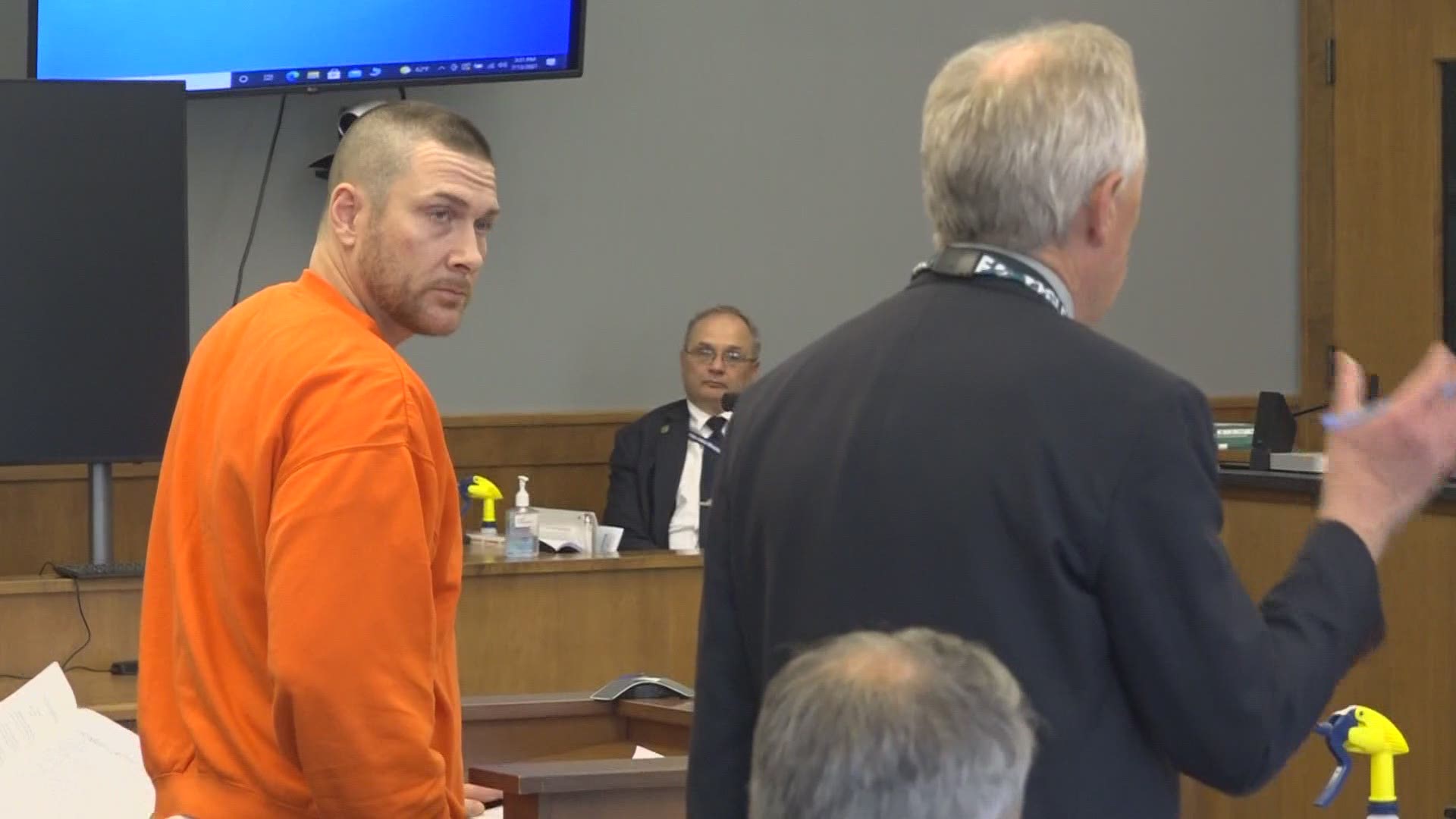 The state presented its case in the trial of a Guilford man accused of killing his father’s kitty cat after beating him with a frying pan.

44-year-old Ryan Carleton has been at the Piscataquis County Jail for the past eight months. He asked to represent himself at his trial. Jeffrey C. Toothaker served as his standby counsel and asked him to read a letter he wrote as his opening statement.

During his trial, his parents, four police officers who had engaged with him on previous occasions, and four jail officers testified.

His father Barry Carleton said Ryan Carleton stopped by his house in Sangerville last Thanksgiving and asked if he could stay over. His father agreed, even though Ryan Carleton was violating his bail conditions. Ryan asked his father to use his phone and his father gave it to him because he said he felt intimidated by his son's aggressiveness.

"I was scared, worried, and fearful," Barry Carleton said.

His father went to a nearby store to use a phone and called the police. When police showed up at his house, they arrested Ryan.

“I went upstairs to take my cigarettes, turn the lights out…and my cat was lying dead on the floor," Barry Carleton said.

Ryan Carleton appears in court today for the start of his trail. He is accused of killing his father's cat with a frying pan. #NEWSCENTERmaine pic.twitter.com/ANM4BZVmep

His father said his cat Princess was about eight months old and he was very attached to her, he said in court that next to the cat was a bloody frying pan.

Ryan Carleton told officers that the cat attacked him.

“The little f---er attacked me,” Ryan Carleton told deputy Guy Dow from the Piscataquis Sheriffs Office, a few days after he killed the cat. Ryan showed the deputy, scratch marks in his hands.

He said, “the cat attacked him so he had to kill it," said deputy Dow.

Chris Almy is the assistant district attorney in this trial.

"Mr. Carlton has some mental difficulties, certainly that's going to play a role in this whole thing.  But I think the conduct that he engaged in respect to the cat is pretty, fairly horrific," said Almy.

In a previous occasion, Ryan Carleton took his mother's car without her permission when she declined to take him to the store to buy alcohol and cigarettes. His mother says she believes he was drunk and didn't have a license at the time. Police officers arrested him.

Portions of police body-camera videos were played at the request of the defendant during the trial.

A sentencing date has not been determined by the judge.