Ghastly details of the alleged crime are described in court documents. 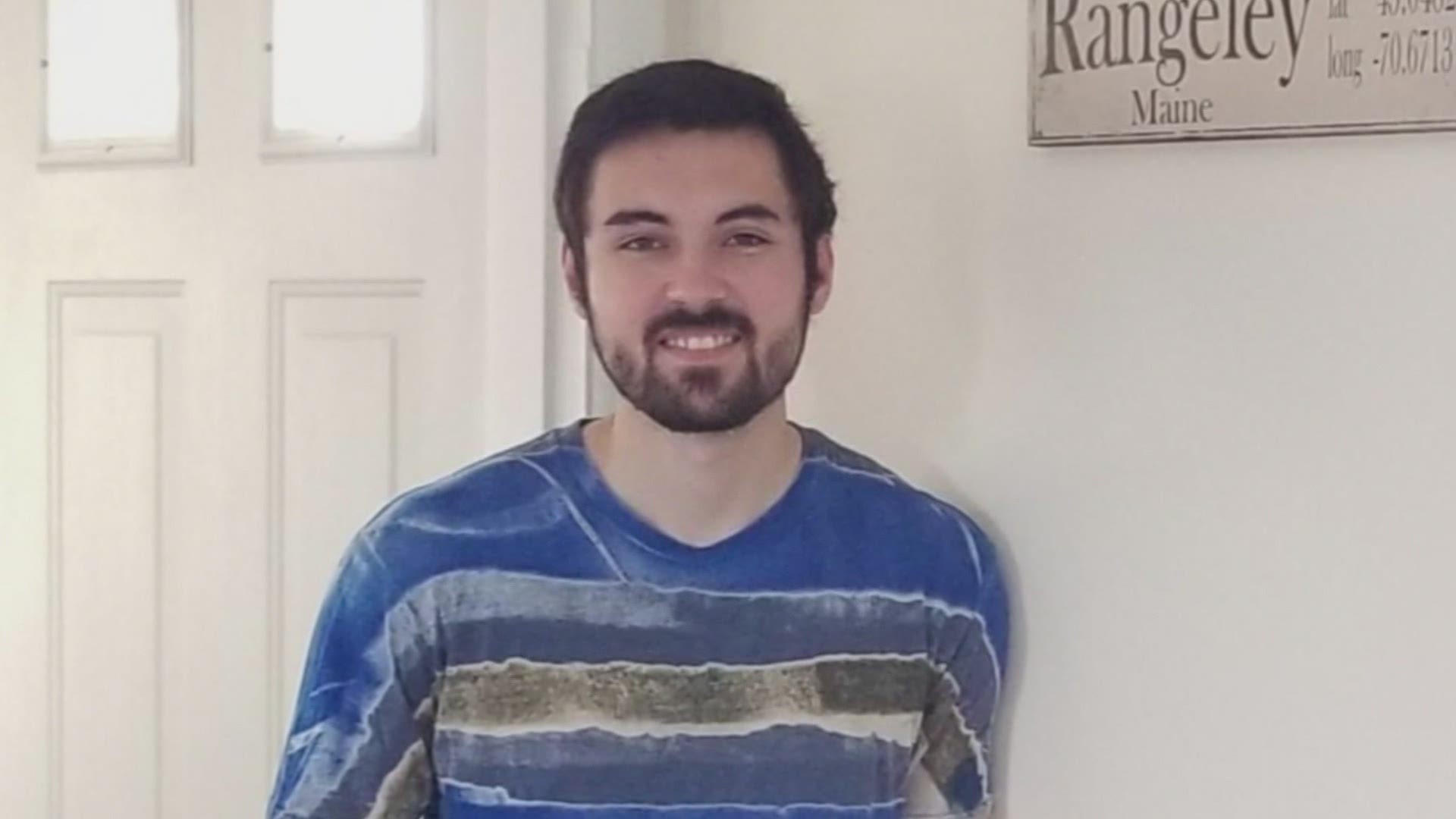 JAFFREY, N.H. — A New Hampshire man who discovered his wife was having an affair kidnapped and killed the other man and forced his wife to decapitate him, according to police who charged the husband with capital murder. They charged the wife with falsifying evidence.

In what one prosecutor called an “especially heinous and gruesome” case, authorities allege that Armando Barron, 31, from Jaffrey kidnapped Jonathan Amerault, 25, of Keene on Sept. 19, shot him to death in a car in Rindge, and hid the body at a campsite in far northern New Hampshire, near Errol.

He is also charged with beating and threatening his wife, Britany Barron, 31. She told police her husband forced her to slice Amerault’s wrists while he was still alive and to cut off and bury his head after he died.

Amerault had been reported missing Monday when he didn't show up to work. It was Tuesday when investigators found his body.

Armando and Britany appeared in court Friday in separate arraignments. Both pleaded "not guilty."

Court documents paint a picture of infidelity and rage in the alleged crime.

Appearing by video feed from the jail, dark bruises surrounded the woman’s eyes, and her lawyer said everything she did was under extreme duress and fear for her life.

“She helped solve this crime. Rather than conceal evidence or falsify evidence, she led the police directly to evidence,” Richard Guerriero said in unsuccessfully arguing for her release with electronic monitoring. “She was beyond cooperative. It’s hard to imagine being beaten like that, threatened with your life, being fearful, and then cooperating with the police, but that’s what she did.”

Assistant Attorney General Scott Chase agreed that the woman was cooperative but said that was taken into account in deciding which charges to bring. He argued that her release would endanger the public and that she had opportunities to get away from her husband and report the crime, including when they were in separate cars driving 200 miles north.

“She was cooperative after she got caught,” he said.

According to a police affidavit, the woman told investigators that her husband went through her cellphone on Saturday and discovered the affair. She said he repeatedly assaulted her, put a gun in her mouth, and choked her until she passed out.

Late that night, the husband used his wife’s phone to lure Amerault to a park in Rindge, police said, where he violently assaulted him and tried to force his wife to shoot him. At some point, before Amerault died, the wife said her husband forced her to cut his wrists. When she refused, he forced Amerault into the back of the victim’s car and shot him three times while his wife was driving, according to the affidavit.

The wife said she was then forced to drive Amerault’s car, containing his body, to the campsite, while her husband drove another vehicle.

“He communicated to her that once the sun came up the next morning he would forgive her,” police wrote.

At the campsite, the woman said her husband ordered her to cut off Amerault’s head so his body could not be identified by dental records, bury it and wrap the rest of the body in a tarp. He later left her there to dispose of the body and returned home, according to the documents.

On Tuesday, two Fish and Game conservation officers who found the campsite noticed a large brown tarp that later was revealed to be covering Amerault’s car. They later noticed another object wrapped in a tarp in a shallow brook; that turned out to be Amerault’s body.

“I’m in big trouble,” the woman told the officers, according to the police affidavit.
Chase, the prosecutor, said the brutality of the crime combined with the destruction of evidence in a capital murder was especially alarming.

“Had this defendant successfully destroyed that evidence, her husband, the alleged murderer, may very well have evaded detection and/or apprehension,” he said.

While the state’s capital murder law covers deaths during kidnappings and six other scenarios, lawmakers eliminated the death penalty last year. Those convicted under the statute are sentenced to life in prison without parole.

There was no dispute over bail at the husband’s brief hearing. Neither spoke other than to confirm they could hear the attorneys and judge.