“It’s been a busy morning as you can see." Holden Police officers are writing more tickets for distracted driving than ever before

The small town has issued several tickets over the past few months and is using state grant money to crack down on the issue. 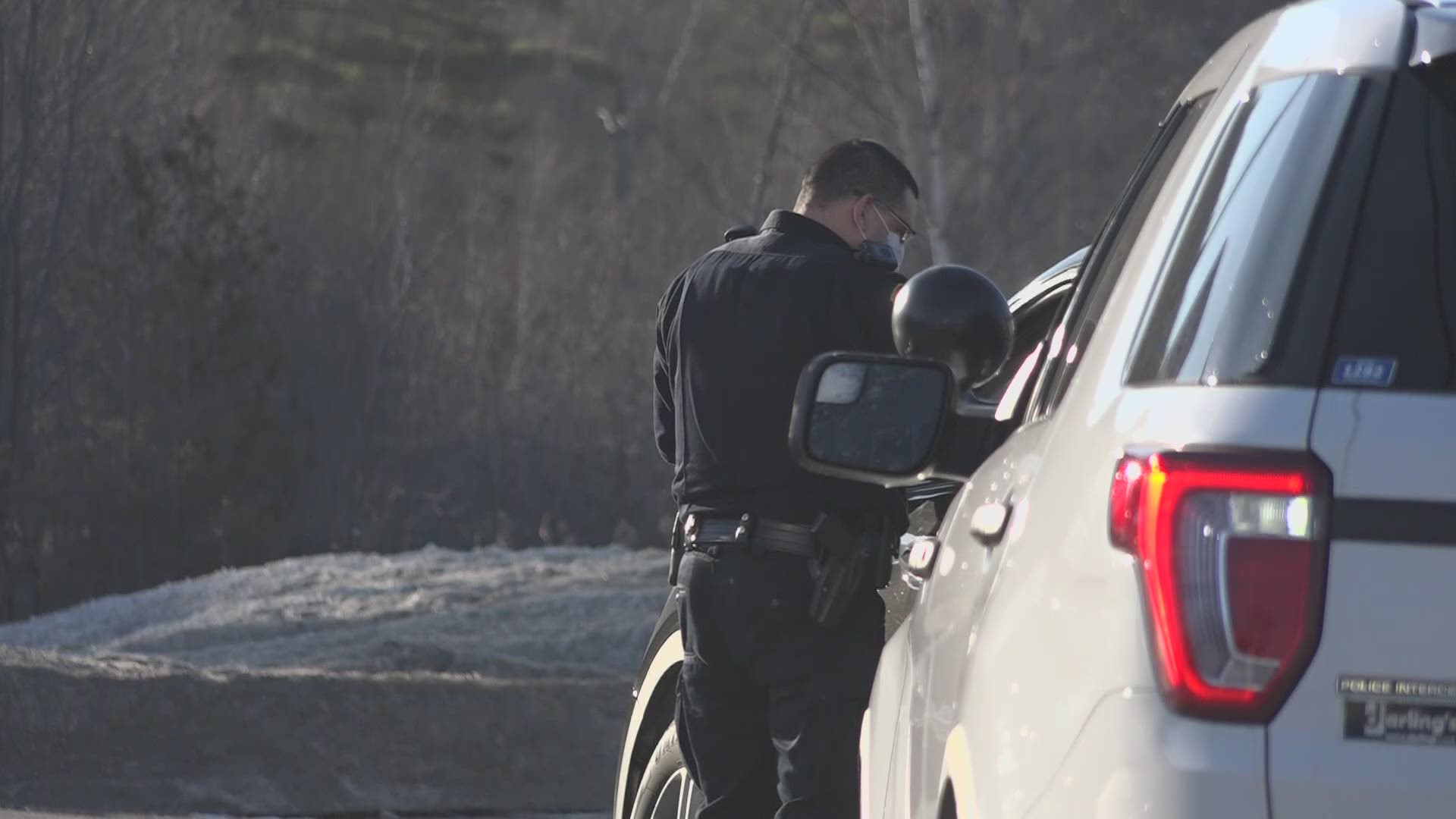 Parked along Route 1A in town, the five-year department veteran gave four tickets to people operating their cell phones while driving. The four tickets were all issued in about an hour.

“It seems like people forgot about the law right now," Benjamin said.

The law, adopted in September 2019, "prohibits operation of a motor vehicle on a public way 'while using, manipulating, talking into or otherwise interacting with a handheld electronic device or mobile telephone.'"

“There was a period of time we weren’t writing any tickets and now we’re writing a ton of tickets," Chief Chris Greeley said.

Greeley said nobody was using their phones while driving through his town when the law was first put in place and now his officers are writing more tickets in the last few months than ever before.

“Well if you think about a town the size of Holden which is a smaller Maine community, writing 74 tickets for distracted driving, what is going on elsewhere in the state of Maine?" Greeley said.

The uptick in distracted driving tickets is happening around Vacationland according to Thomas Reagan the Law Enforcement Liaison for the Department of Public Safety's Bureau of Highway Safety.

“I think there’s a lot of forgetfulness as far as the motorists go," he said.

Reagan added there was a lot of advertising about the no-hands law back in 2019 but since the COVID-19 pandemic disrupted daily life, law enforcement traffic stops went down, he said.

The Bureau is helping fund a grant program that is aiding the Holden Police Department and others across Maine that are seeing this uptick in distracted driving.

“It’s kind of like second nature at this point because we’re so trained to our phones that we just have to see what the next notification is even if it’s a spam email you still want to look at it," he said.

The tickets for distracted driving don't come cheap either. Benjamin said the first offense will cost you $85 and the second offense is $325.

In a town like Holden, located along the busy Route 1A, there always seems to be a lot of traffic which creates that much more of a risk if someone is driving distracted.

“When you combine that you’re using your cell phone in addition to the heavy traffic, the sunlight which can affect people’s driving in the morning, we have the potential for danger," Greeley added.

He added a few years ago there was a fatal accident in Holden after one driver crossed the center line and hit an oncoming tractor-trailer. The driver was killed and was operating his cell phone at the time of the crash.

“You cannot use your cell phone when you’re driving that’s all there is to it.”