Kyle Fitzsimons, 37, of Lebanon was arrested Thursday by the FBI; “I was there for peace,” Fitzsimons told selectmen. 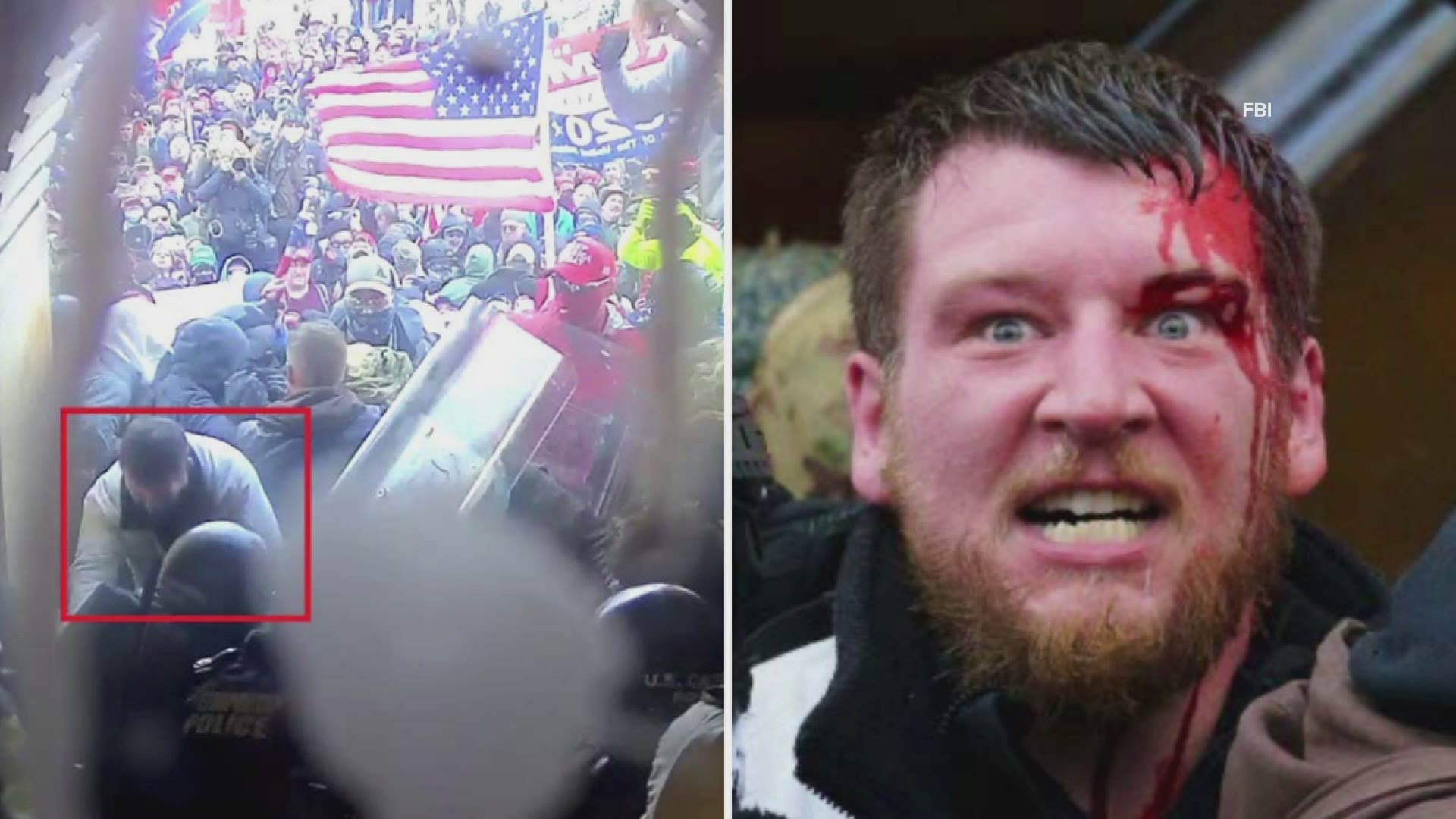 LEBANON, MAINE, Maine — The day following the Jan. 6 insurrection at the U.S. Capitol, a Maine man who was injured in the riot joined a town board of selectmen meeting, recounting his experience.

“I was there for peace,” Kyle Fitzsimons, 37, of Lebanon, Maine told his town’s selectmen.

Fitzsimons was arrested by the FBI nearly a month later for his alleged involvement.

“The march was, in my belief, supposed to demonstrate that Trump, a lion, was leading an army of lambs to change the corrupt fraud that had been perpetuated,” Fitzsimons said via phone at the meeting on Jan. 7.

Lebanon select board chair, Charles Russell, says Fitzsimons requested to be on the meeting to give his account of what happened in Washington. He was called into the meeting due to COVID-19 concerns.

"Residents are allowed to speak about things they want to talk about in town meetings and be heard," Russell told NEWS CENTER Maine.

He said after the speeches, the crowd was instructed to march toward the Capitol, down Pennsylvania avenue.

President Donald Trump closed out his speech saying, "We're going to walk down Pennsylvania Ave ... and we're going to [try] to give our Republicans—the weak ones because the strong ones don't need any of our help—we're to try and get them kind of pride and boldness they need to take back our country.”

Trump closes with this: "We're going to walk down Pennsylvania Ave ... and we're going to [try] to give our Republicans -- the weak ones because the strong ones don't need any of our help -- we're to try and get them kind of pride and boldness they need to take back our country" pic.twitter.com/dzGgoXD8FQ

Fitzsimons goes on to explain how he then went back to his car and changed into his butcher clothes, “because to be honest with you, if it was going to be the last day of the republic, I wanted to live it like I lived every day.” He said he also grabbed a weapon, an unstrung bow, to signal he was “there for peace.”

He said it amazed him how quickly things started to happen, noticing people climbing the walls of the Capitol and breaching the police barriers.

He said that’s when the pepper spray and tear gas started.

“There was almost a human movement towards one single police line that were holding a door,” Fitzsimons recalled. “And if you got close enough to bodies, you would get sucked in, and you would not be able to be moved, and you would be pushed to the front. And when you were finally at the front, well, you would receive a beating. Or you would get a baton. And I cycled through that wave of humanity twice before I was bloodied enough to get off the steps and get out of there.”

Fitzsimons was later taken by ambulance to the hospital, where he got six stitches from being clubbed in the head with a baton.

Fitzsimons assured the Lebanon selectmen he was OK.

“We’re glad to hear you’re ok and thanks for going,” one member chimed in. “It was interesting to hear from a first-hand report.”

The FBI Boston Division says Fitzsimons was taken into custody Thursday without incident.

Russell said he has known Fitzsimons for a year and a half and said he is surprised to find out he was arrested.

"He seems like a really nice guy," Russell said. "He painted a really vivid picture. The explanation of how the crowd was pushing everyone forward. It didn't explain any kind of assaults or anything like that."

A family member of Fitzsimons who spoke with NEWS CENTER Maine said it's a terrible time and said she doesn't know what is going to happen. She also says they don't know all the facts right now.

Watch the recording of Fitzsimons talking at the meeting here: