'I eliminated him.' Jury in Williams' murder trial hears his confession

Williams is accused of shooting and killing Corporal Eugene Cole, a Somerset County Deputy, in April 2018. 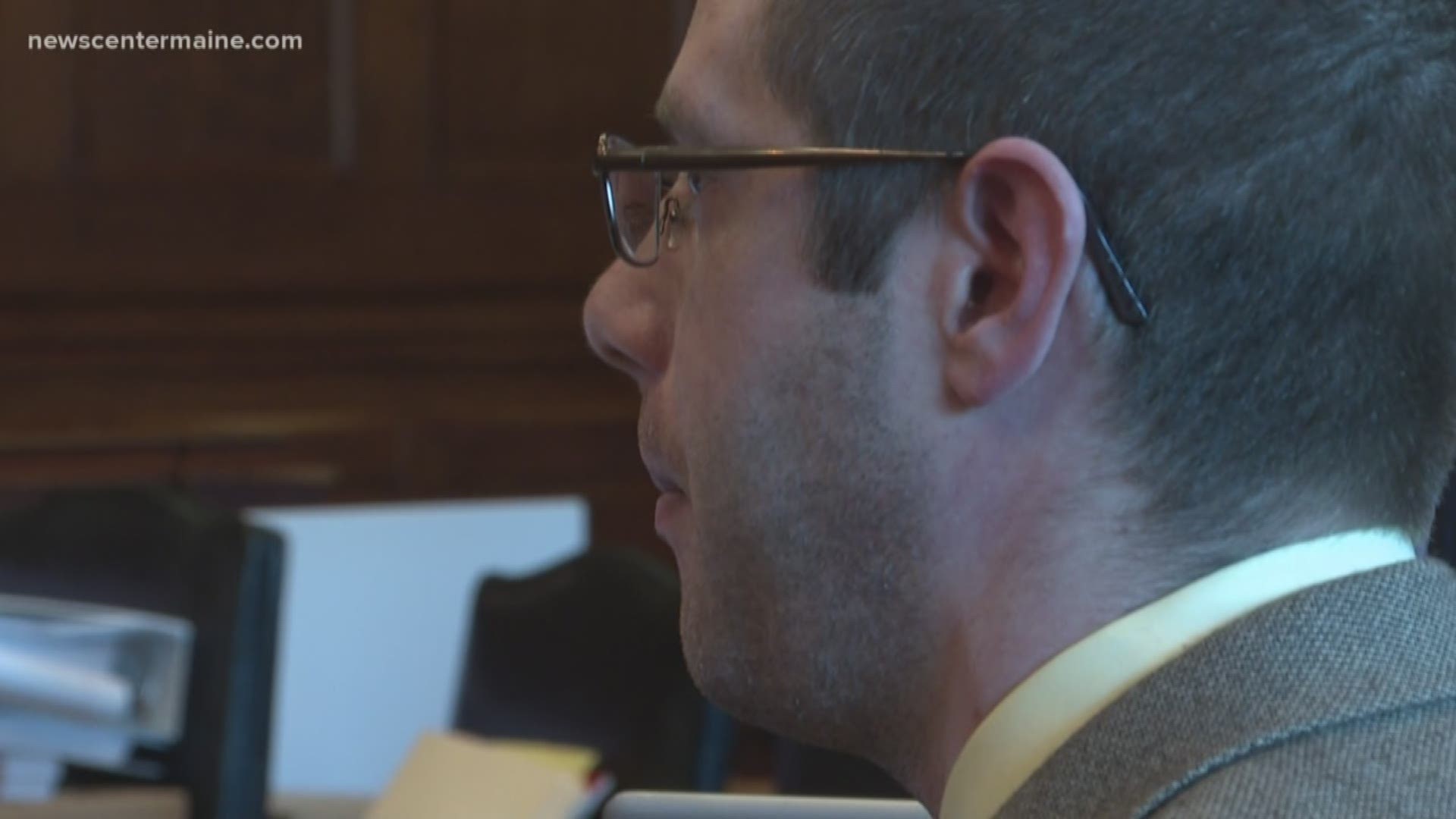 PORTLAND, Maine — The jury in the John Williams' murder trial got to see video of Williams' interview with police not long after he was captured in the woods following a four-day manhunt.

Williams is accused of shooting and killing Corporal Eugene Cole, a Somerset County Deputy, in the early morning hours of April 25, 2018.

The video of State Police Detective Jason Andrew interviewing Williams lasted for an hour and half.

In the video Williams is seen with a blanket wrapped around him calmly answering the detective’s questions. During questioning he admitted he shot Corporal Cole.

Williams told detectives "He asked who I am. I said John Williams. He said I thought so. He approached me. I asked why am I under arrest? He caught me off guard. I said for what? She started reaching for me, grabbed my wrist. I caught him off guard. I didn’t want to get arrested."

Williams went on to say “I should have walked away from situation. I didn’t want to get arrested. I pointed my pistol and shot him. I shot him in the head. He was on the ground. He slipped while he was trying to retreat. I eliminated him.”

At one point Williams said he shot Cole in self-defense, but later admitted to detectives that was not true.

Williams told police after he shot Cole he grabbed gear and took off in Gene's truck. "Just driving, not sure what to do. There's no happy ending. All I wanted to do was see Kristina. (Cole's girlfriend) I grabbed my bag and took off down the railroad tracks. I went in to the woods to try to make it out alive."

MacCabe described finding the cabin Williams' was hiding out in.

"I heard a door open and close to the cabin. I observed the defendant walking with a clear plastic tote. He had no shirt on, he had on long johns. I was looking at him through my rifle scope."

Also testifying was Lt. Glenn Lang, a special agent with the Maine State Police and part of the search team that located Williams. Detective Lang admitted he hit Williams.

"I struck him two or three times to the side of his head to stop him from resisting and he said ok, ok and he gave me his hand. It was the most expedient way to convince him to get his hand up."

Lang also testified about why he stripped off the long johns he was wearing. Lang said "he had defecated himself from his leg all the way down to his ankle."

A naked photo of Williams' after he was captured was shown to the jurors. MacCabe said he took it, as well as others, because it was a crime scene.

Also talked about was that now controversial photo that was circulated on social media and news outlets of showing Williams' head being picked up by his hair. Lang said it was him that lifted Williams by his hair.

Lang said police back at the command post, wanted a picture to confirm Williams' identity. Lang says he told Williams...

Back in February, Williams attorney Verne Paradie motioned to have Williams' confession thrown out, arguing Williams only confessed because he was scared of being beaten by police.  Superior Court Justice Robert Mullen only allowed a small portion of the confession to be excluded.

Also on the stand Wednesday were several forensic scientists from the Maine State Crime Lab. They testified about finding Williams’ DNA on a water bottle found inside Corporal Cole’s truck, on the steering wheel and the grip of a gun police found at the cabin Williams was staying at before he was caught.

Kimberly James is a senior lab scientist at the Maine State Crime Lab and the  supervisor of the firearms unit. She told the jury the gun that was used to kill Cole was fired at a very close range. Holding up Corporal Cole's blood stained uniform shirt, James pointed to a stain by the upper left hand collar.

“Having this amount of lead in this area without powder, indicates that the gun was fired in a very close proximity to this area. That’s why we can see residue. It was very close. Any further out you would see the spread of powder.”

The defense has suggested it might challenge just how close Williams was when he shot Corporal Cole.

The defense is not disputing that John Williams shot and killed Corporal Cole, they're arguing that Williams was taking excessive drugs and that he did not intend to kill Cole.

If Williams is convicted of murder he could serve up to life in prison.