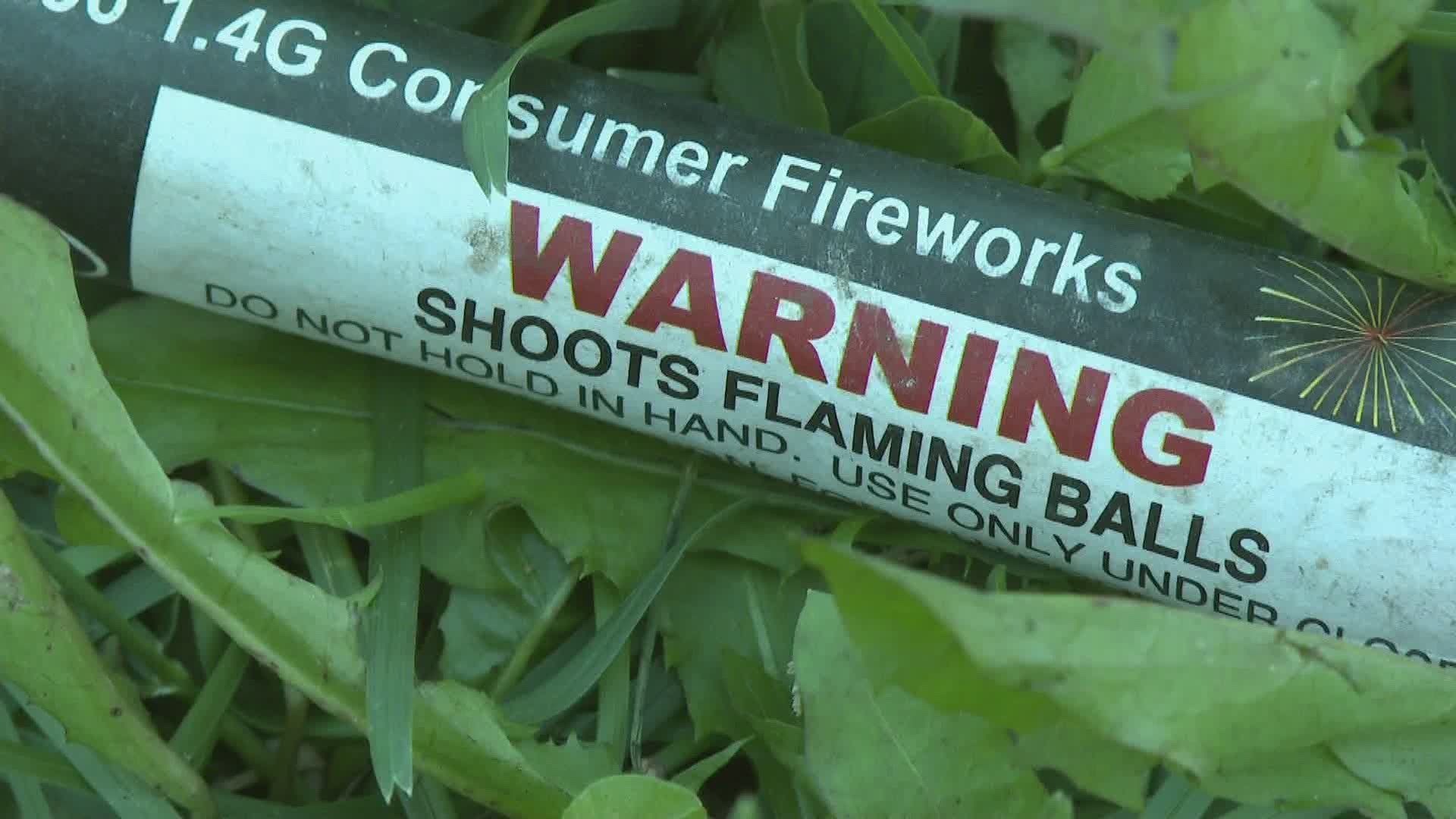 Singer claims an estimated 300 people gathered near Oxford and Anderson Streets around Kennedy Park around 9 p.m. where officers were targeted and shot at with fireworks when they tried to break up the crowd.

A 17-year-old from Portland was arrested and charged with disorderly conduct and criminal use of explosives, Singer said.

Then, around 12:05 a.m. Tuesday, dispatch got a call about a man with a gun in the Greenleaf St. area. Singer said Around 12:13 a.m, officers saw about 10 gunshots fired in the area of Smith and East Lancaster Streets.

No gunshot victims were found. One person was detained for questioning and released. Singer said the crowd stayed "extremely confrontational and hostile towards officers, with continued fireworks thrown" at them.

According to Singer, multiple officers were checked after the incident. Some reported headaches and ringing in their ears from being close to the explosions for an extended period of time. No serious injuries were reported.

“Such unruly and dangerous aggression and use of force against our officers and community cannot and will not be tolerated,” Chief Frank Clark said. “I would urge anyone with information or video footage that could help solve this case to call or provide it to us, even anonymously, so this dangerous behavior can be quickly quelled.”