Mass. officials announced that 11 members of the group that caused the I-95 shutdown are all in custody. The group was reportedly headed to Maine for "training." 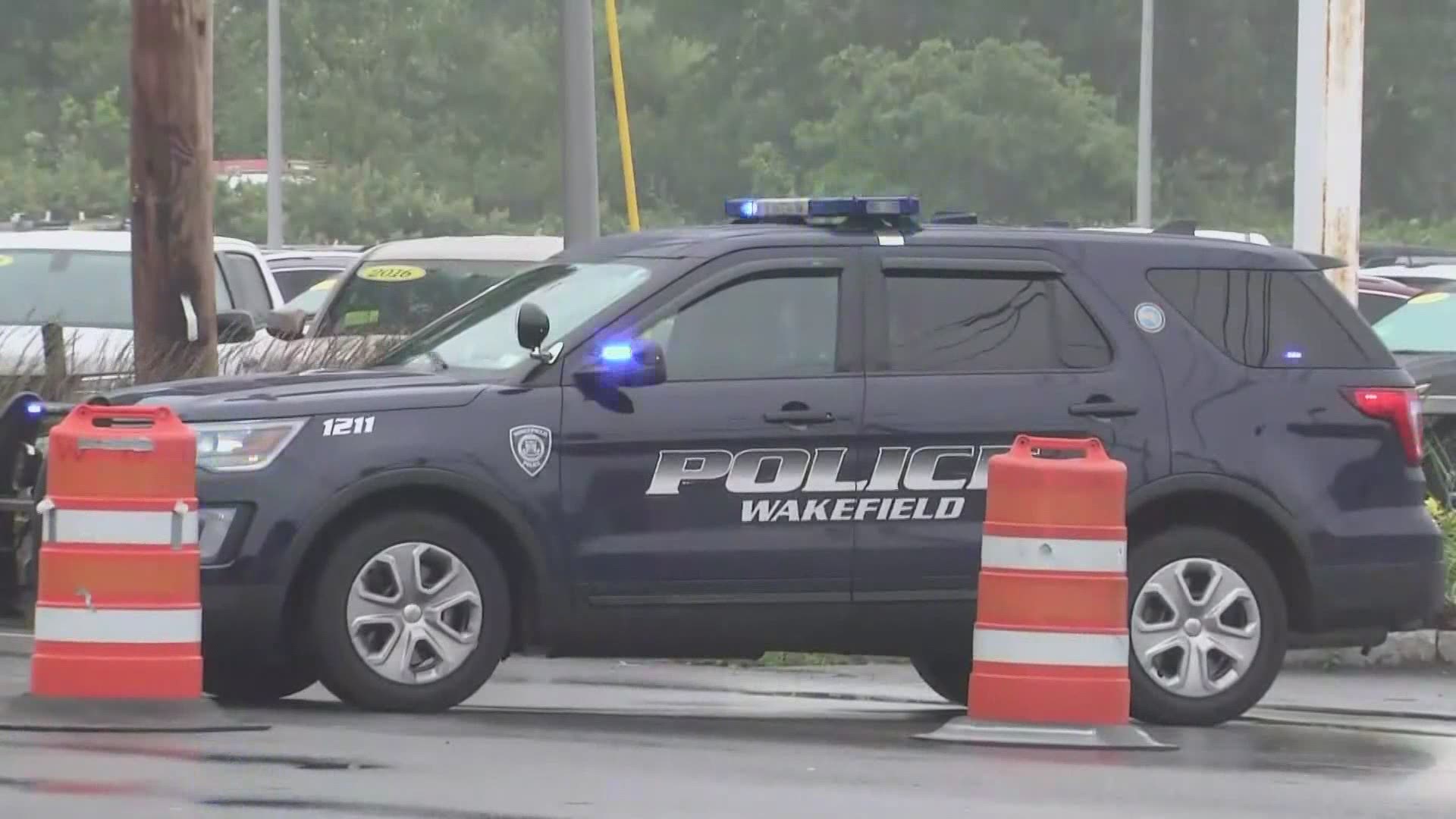 Police said the suspects include two people who were arrested earlier on Saturday.

The standoff shut down a portion of I-95 for much of the morning, causing major traffic problems during the Fourth of July holiday weekend.

During an earlier press conference Saturday, officials said the group of men told officers they were headed from Rhode Island to Maine "for training." Officials did not detail what that training was or if there was any other connection to Maine.

According to Maine Department of Public Safety spokesperson Shannon Moss, officials with the Maine Information Analysis Center (MIAC) were notified and are following the case.

RELATED: ‘Rise of the Moors' suspects maintain they did nothing wrong in initial court appearance

NEWS CENTER Maine reached out to the FBI for information on the group that officials say was headed to Maine. They said, "Since the onset of this incident, the FBI Boston Division has been fully engaged with our state and local partners.  We are going to refrain from commenting on specifics in order to preserve the integrity of the ongoing investigation."

As of Tuesday, Moss said the MIAC still could not confirm that the group was heading to Maine.

"Whether there is a connection or not is still being investigated by the MIAC," Moss said in a statement to NEWS CENTER Maine.

She said the MIAC has been monitoring the situation in Massachusetts since it began to unfold on Saturday and has been following up with the Maine State Police's state and federal partners "as necessary."

Remaining suspects on highway have been taken into custody by MSP Special Tactical Operations Team. 7 additional suspects being transported for booking. We will now conduct sweeps of their 2 vehicles and woods. Total of 9 in custody counting the initial 2 arrests. https://t.co/eP2KkzZFpo

In Massachusetts, Interstate 95 runs from the Rhode Island line, around Boston to the New Hampshire line. Wakefield is just east of where Interstate 95 and 93 meet north of Boston.

The standoff began around 2 a.m. when police noticed two cars pulled over on I-95 with hazard lights on after they had apparently run out of fuel, authorities said at a Saturday press briefing.

Between eight to 10 men were clad in military-style gear with long guns and pistols, Mass State Police Col. Christopher Mason said. He added that they were headed to Maine from Rhode Island for “training.”

The men refused to put down their weapons or comply with authorities’ orders, claiming to be from a group “that does not recognize our laws” before taking off into a wooded area, police said.

Police said they used negotiators to interact with the other suspects.

Mason said the “self-professed leader” of the group wanted it to be known that they are not antigovernment.

“I think the investigation that follows from this interaction will provide us more insight into what their motivation, what their ideology is,” Mason said.

In a video posted to social media Saturday morning, a man who did not give his name, but said he was from a group called Rise of the Moors, broadcast from Interstate 95 in Wakefield near exit 57.

“We are not antigovernment. We are not anti-police, we are not sovereign citizens, we’re not Black identity extremists,” said the man who appeared to be wearing military-style equipment. “As specified multiple times to the police that we are abiding by the peaceful journey laws of the United States.”

The website for the group says they are “Moorish Americans dedicated to educating new Moors and influencing our Elders.”

Mason said he had no knowledge of the group, but it was not unusual for the state police to encounter people who have “sovereign citizen ideology,” although he did not know if the people involved in the Wakefield standoff was a part of that.

“We train to those encounters,” Mason said. “We very much understand, I guess, the philosophy that underlies that mindset.”

Residents in Wakefield and Reading near where the standoff is taking place have been asked to shelter in place.

Wakefield police said in its statement that no threats had been made but the men were considered armed and dangerous.

Mason said that the suspects surrendered after police tactile teams used armored vehicles to tighten the perimeter around them.

Police and prosecutors are working to determine what charges the members of the group will face.

The suspects appeared in court on Tuesday.