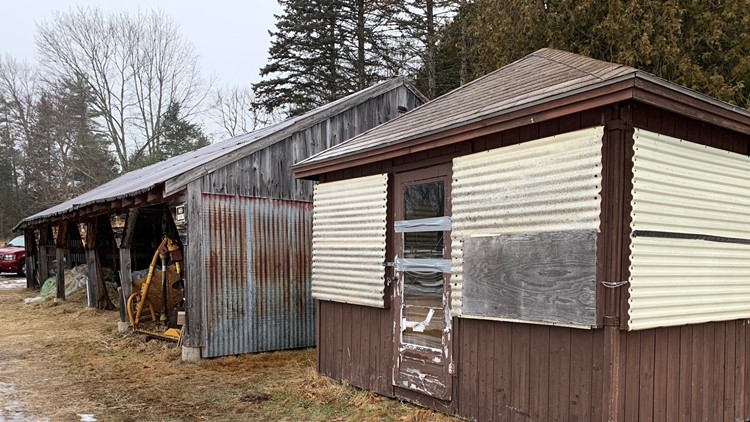 Homeowner holds fugitive at gunpoint after finding him hiding in shed

WINDHAM, Maine — A man wanted by police after a chase through mud, water and woods, was held at gunpoint by a homeowner who found him hiding in a shed Friday morning.

Daniel Spooner, 34, was found hiding in a barn by a Windham homeowner and held at gunpoint until police arrived on the scene.

According to police, Spooner ran from the scene of a crash on River Road Thursday night after leading police on a high-speed chase with a child in his car.

Windham Police said around 5 p.m. on Thursday, Dec. 26, officers were called to the area of Brookhaven Drive for reports of a vehicle speeding through the neighborhood.

Police said when an officer arrived on scene, he attempted to stop Spooner for a traffic violation.

According to police, Spooner then sped away from the officer.

Spooner eventually crashed on River Road and fled into the woods on foot. A police K9 unit was deployed to try and catch him but was unsuccessful.

Around 8 a.m. on Friday, Dec. 27, Spooner was found hiding in Otter Brook Stables. He was transported to Cumberland County Jail without incident.

He is now charged with eluding a police officer, leaving the scene of a personal injury crash, and endangering the welfare of a child.

NEWS CENTER Maine is awaiting comment from the owners of the barn where the fugitive was found.

RELATED: L.L. Bean's most requested names for monogramming in 2019

RELATED: Man found guilty of manslaughter in the death of sister's boyfriend

RELATED: Reports: Antonio Brown working out for the Saints