Randy Cook resigned as a Topsham police officer in November 2020, days after an allegation of misconduct was made 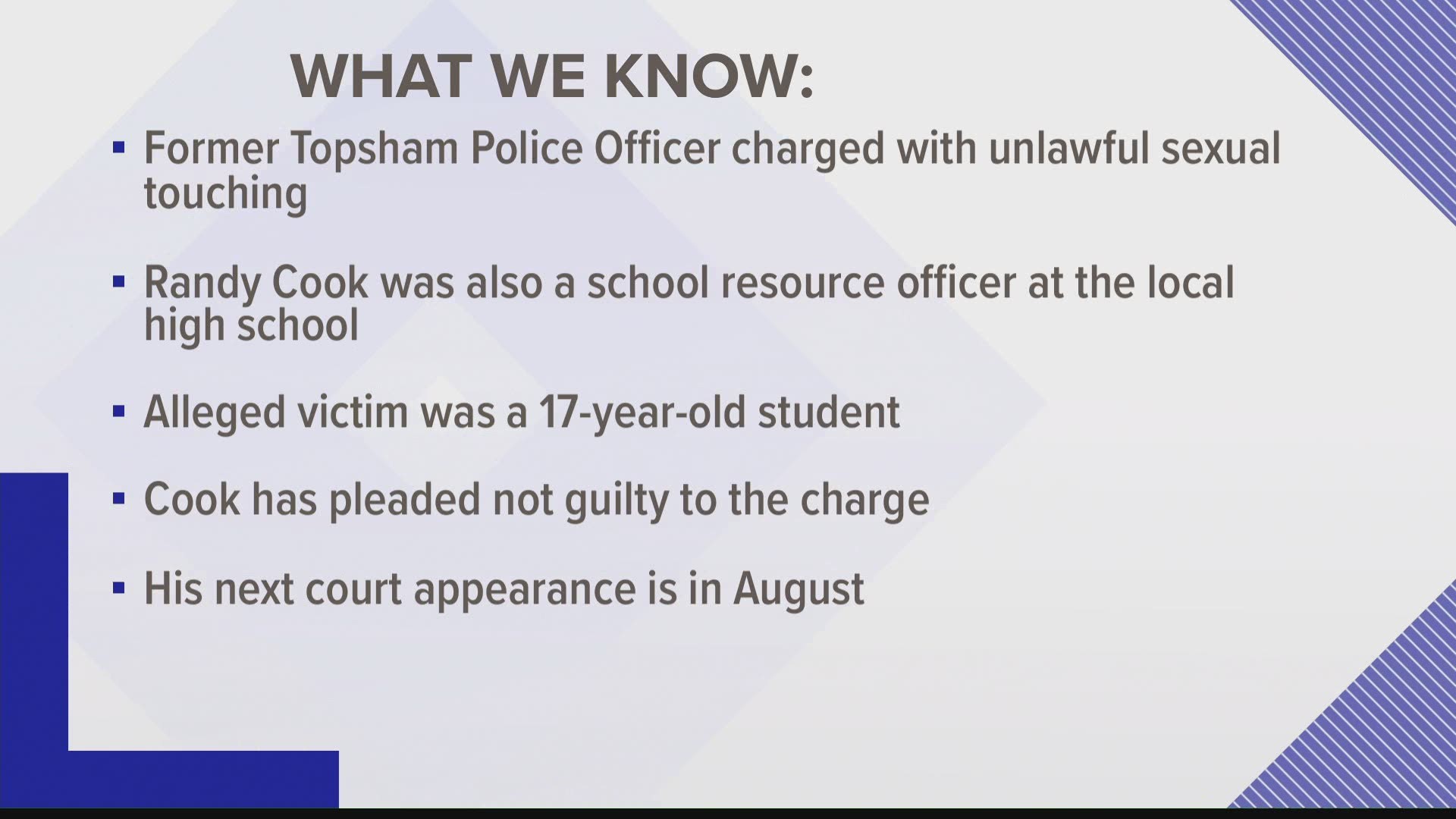 TOPSHAM, Maine — A former Topsham police officer and school resource officer at the local high school pleaded not guilty to a misdemeanor charge of unlawful sexual touching in connection with a 17-year-old student.

Randy T. Cook, 47, of Brunswick, is charged with the Class E misdemeanor.

According to a criminal summons issued on Feb. 22, the crime allegedly took place on Nov. 6, 2020, in Topsham.

Topsham Police Chief Marc Hagan said Tuesday that he received a complaint on Friday, Nov. 6, alleging misconduct by Cook. He said he is prohibited from discussing details of the complaint.

Hagan said he interviewed the complainant the next day. Later that afternoon, he placed Cook on administrative leave and began an internal investigation.

He also contacted the office of the attorney general and the Sagadahoc County district attorney's office.

Cook declined to be interviewed as part of the internal investigation, Hagan said, and submitted his resignation the following Tuesday.

Cook had served as a Topsham police officer since June 2002.

The case was investigated by the Maine State Police.

Cook pleaded not guilty at a March 25 arraignment, according to court documents.

He is scheduled to appear in Cumberland County Superior Court on Aug. 10.

Robert Lucy, interim superintendent of M.S.A.D. 75, which includes the towns of Bowdoin, Bowdoinham, Harpswell, and Topsham, did not immediately return a phone call on Tuesday.