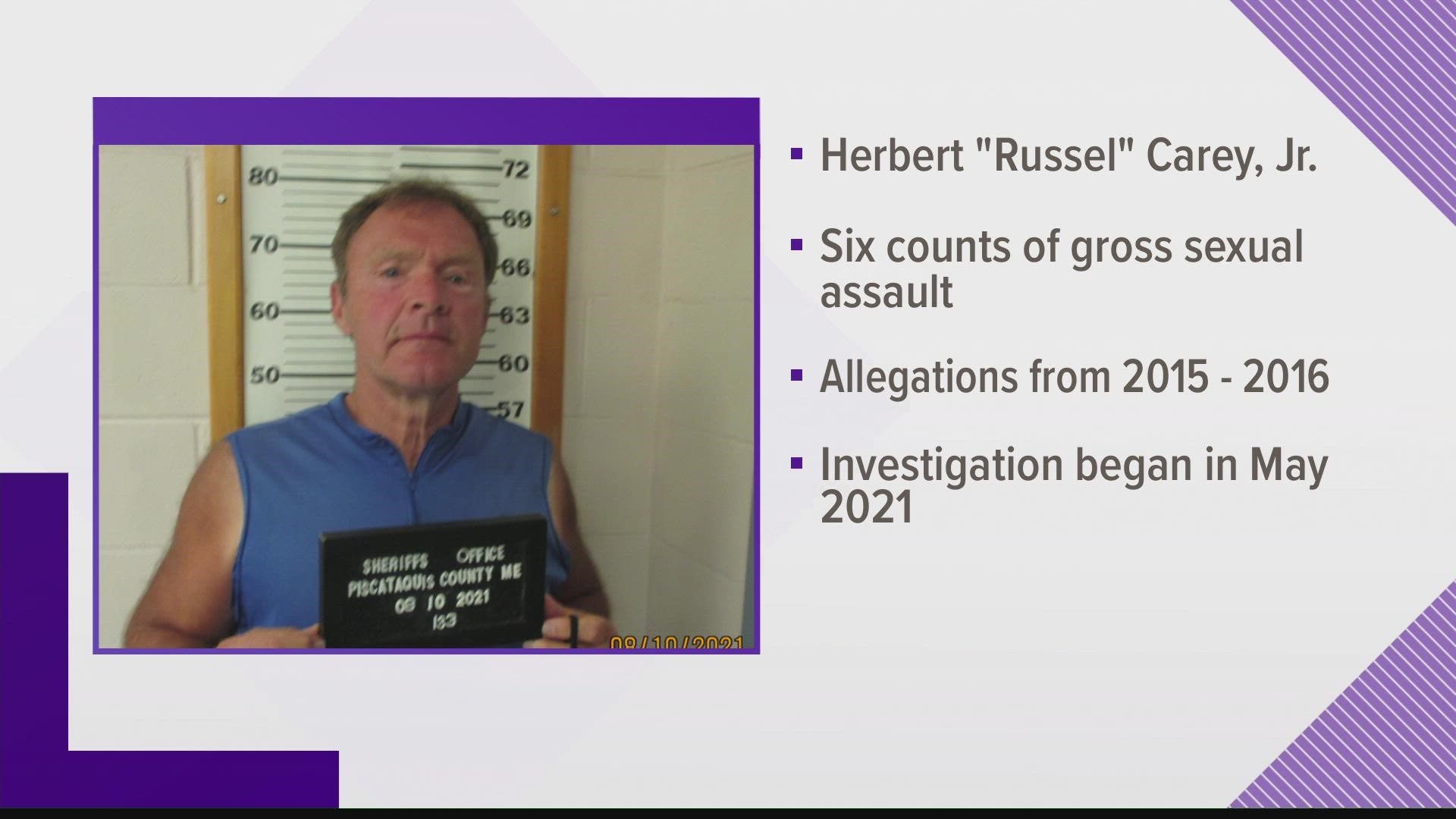 MILO, Maine — A former teacher and tennis coach at Penquis Valley High School in Milo has been arrested on charges of sexual assault involving a former student.

Piscataquis County Assistant District Attorney Christopher Almy said the woman told police what happened in May of this year, and then an investigation took place.

Almy said, "When she made this disclosure, the Sheriff of Piscataquis County himself, Bob Young, went out and investigated this case, made a thorough investigation, and as a result of what he found, these charges have been filed with the court and [Carey] was arrested [Tuesday] on the warrant that was issued."

According to Almy, Russell was a member of the school board in the town of Milo until March 20, 2021, but did not seek reelection. He was listed on the Milo town website as a school board member Tuesday afternoon, before the School Board page was apparently removed from the website shortly before 4 p.m.

Carey was released on bail on Tuesday. He makes his first court appearance on Monday, September 13.