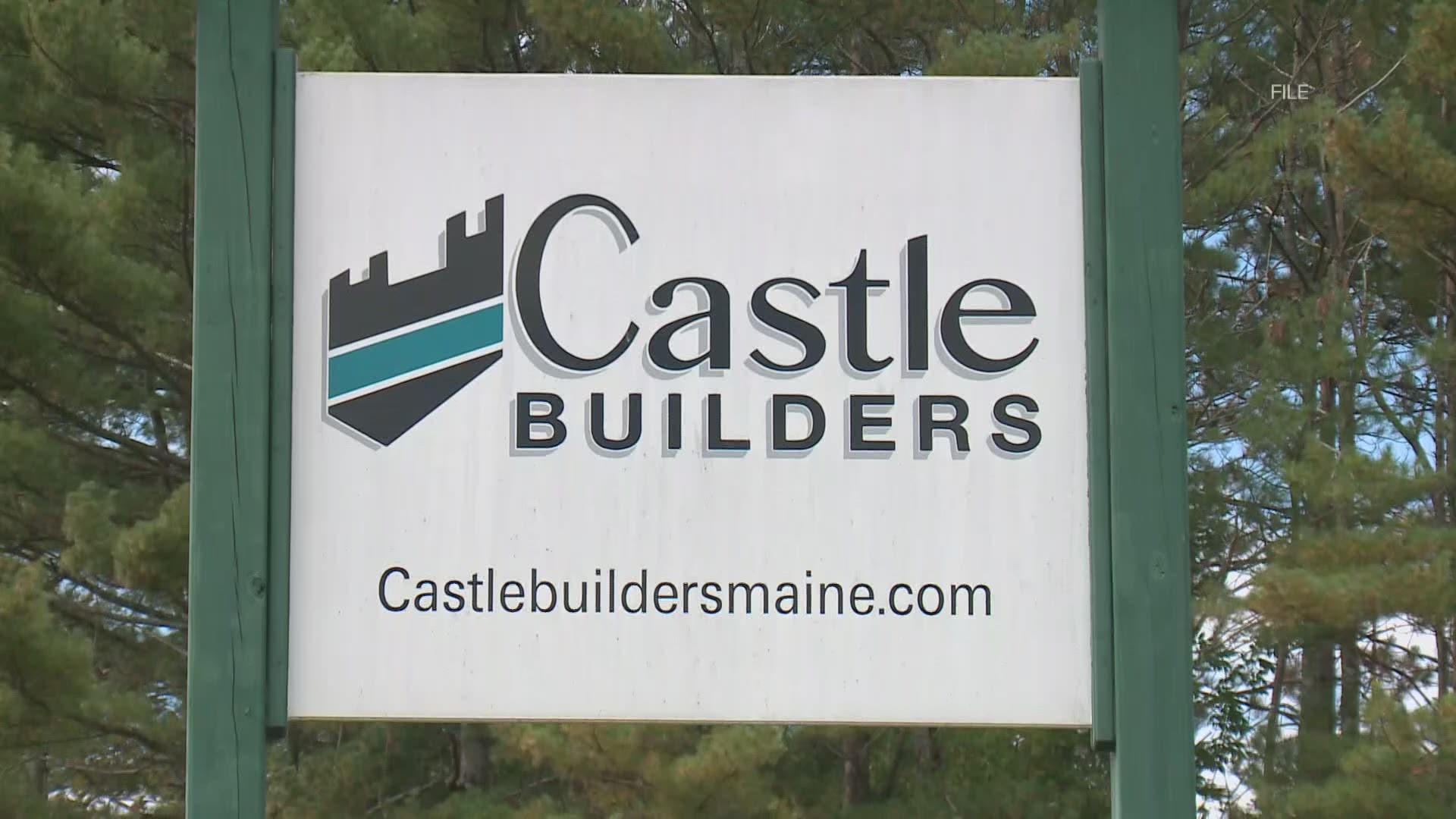 UNION, Maine — Castle Builders was only in business in Union for about a year and a half but apparently made a lot of connections. The Attorney General says its criminal case against the business's owner, Malcolm Stewart, identified 57 customers who say they were defrauded by Stewart and acknowledges the total number may be significantly higher.

A Knox County Grand Jury indicted Stewart on Thursday for two counts of Theft by Deception, based on those 57 cases.

“We believe the evidence we have will support that A, he took the money, B, he made promises to do work and C, he never intended to follow through with those promises,” said AG Aaron Frey on Friday.

The complaints began after Castle Builders abruptly closed in September 2019, allegedly leaving many jobs either not finished and some not even started, despite the fact the company had collected large deposits from the customers.

That happened to Valerie Jackson of Washington, who with Stewart to install metal roofs on her house, garage, and another building. Jackson and her husband said at the time they used most of their savings for the payment for the job. However, after doing one side of the house and starting the other, the crew left and never returned. The house was left with blue tarps covering parts of the roof that were otherwise open to the weather. Not until a year later, thanks to a fundraiser, a local volunteer, and donated help from a crew of Amish workers from Unity did the roof get completed on the house and garage.

Jackson said Friday she was pleased the law was catching up to Stewart—even though she doesn’t expect to get her money back.

“I think we will get the satisfaction of Malcolm being charged, hopefully, he will have to serve some jail time. Hopefully, they will figure how to make him pay restitution to everybody, not just a few of us but everybody. Everybody deserves justice in this.”

The Attorney General says Malcolm Stewart has been living in South Carolina, and that a warrant has been issued for his arrest. Frey said that if Stwart does not turn himself in, they will ask authorities in South Carolina to arrest him. A trial is still likely to be a long way off.

As for others who claim to have been victims of Stewart’s theft, many of those not included in the criminal indictment will likely have their cases included in a civil case the AG’s Consumer Fraud division is bringing against Stewart and his wife, and the former company.

AG Frey admits there is still at least one big question not answered: What happened to all the money paid by those customers but evidently not used to do the construction work? He says they hope, through the criminal trial, to find that answer.