Jeffrey Bishop was taken to the Aroostook County Jail with bail set at $50,000 cash and an initial court appearance scheduled for Monday, Feb. 8. 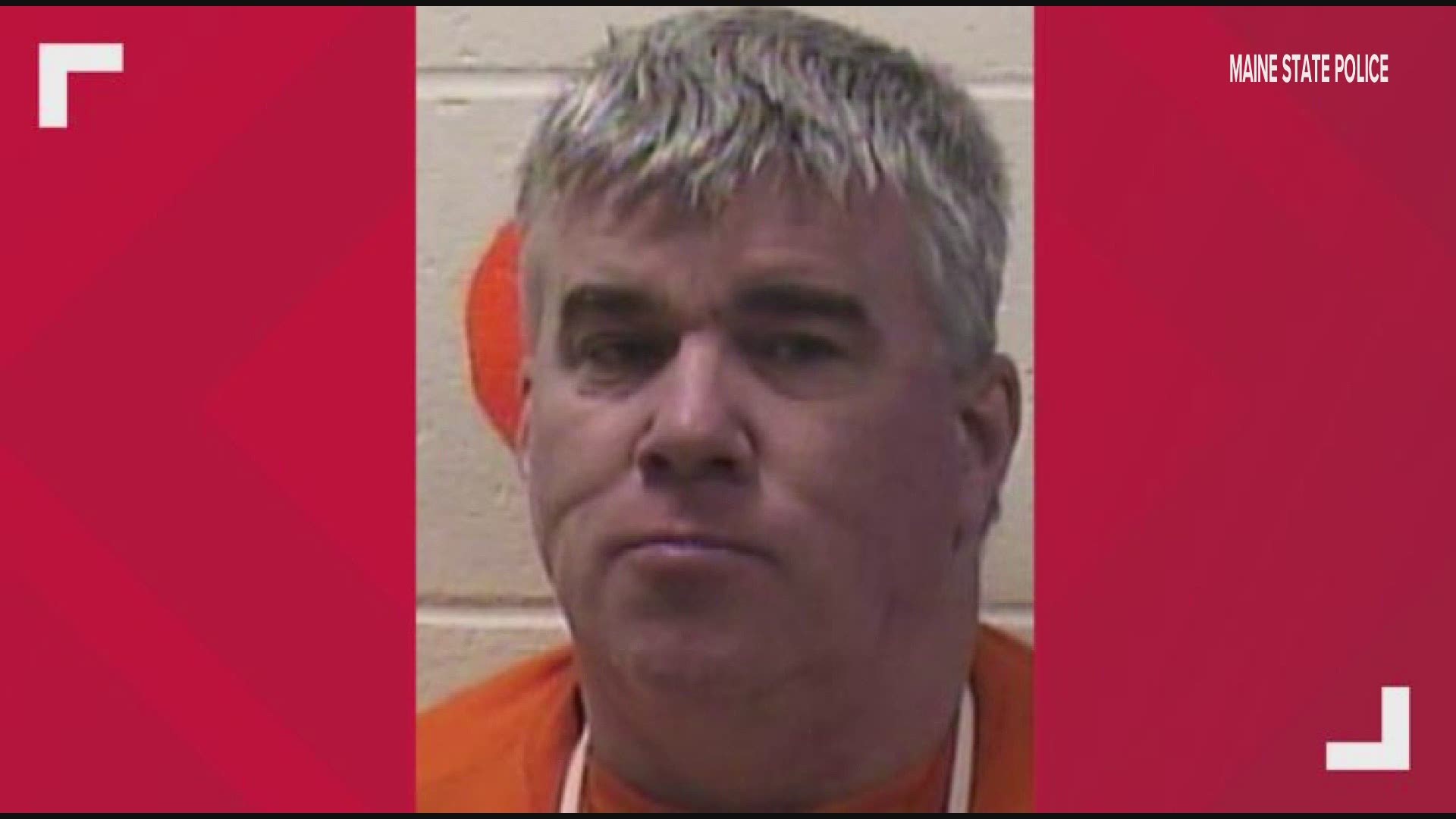 Jeffrey Bishop, 53, of Cherryfield is charged with four counts of aggravated furnishing of scheduled drugs, as well as one count of unlawful trafficking in Schedule W drugs.

According to The Calais Advertiser, Bishop was hired by the Calais Police Department in May of 2019 part-time and then became full-time that September.

The department said in a statement Monday that Bishop submitted his resignation on January 12, 2021, and his last day of employment was Jan. 30. In the resignation letter, obtained by NEWS CENTER Maine, Bishop said he "decided to go out on top," announcing his retirement.

According to the Maine Drug Enforcement Agency (MDEA), the charges are aggravated due to alleged trafficking within 1,000 feet of a school and alleged furnishing of the drugs to a minor.

On Wednesday, Feb. 3, the Washington County Sheriff’s Office recovered illicit drugs after investigating a complaint of a minor being provided drugs at Narraguagus High School.

According to the MDEA, 22 pills containing hydrocodone, and three small bags containing a total of about 800 milligrams of a powder containing fentanyl were recovered.

According to court documents, Washington County Sheriff's Deputy Toni Bridges said she responded to Narraguagus High School in Harrington on Feb. 1 for a report of suspicious activity and that a juvenile was in possession of unknown pills.

The documents later report that the minor involved was told by her mother to pick up medication from her "uncle" driving a black Dodge truck.

The minor's basketball coach told Bridges her player went to the parking lot and met the individual in the Dodge truck. The minor said the pills were ibuprofen but handed an unmarked pill bottle to her coach.

A second coach took possession of the pill bottle according to court documents.

Bridges then reported to the mother's address in Baileyville after the minor, her daughter, reported the pills belonged to the mother. Bridges arrested the mother who then told law enforcement Jeffery Bishop was the officer who brought the "ibuprofen" to the school.

The documents say the minor positively identified Bishop from a photo lineup created by the Washington County Sherriff's Department.

The documents further state the mother and Bishop met up roughly seven times to exchange the hydrocodone pills. Bishop would bring 25-40 pills at a time.

On February 5, court documents report the brown powder found in possession of the hydrocodone pills was identified as fentanyl.

The investigation led to Bishop's arrest at around 4:15 p.m. on Friday, Feb. 5. Bishop was arrested without incident in Harrington with the assistance of the Washington County Sheriff‘s Office and the Maine State Police Department.

Agents subsequently served a search warrant at Bishop’s Cherryfield home Friday evening, where agents said they seized additional evidence of drug trafficking, including 110 hydrocodone pills not prescribed to Bishop. The pills were found inside his police duty bag according to the court documents.

Ronald Ramsay is MSAD #37's Superintendent, the district includes Narraguagus High School. Ramsay told NEWS CENTER Maine the minor and basketball coaches listed in the court documents are not members of his district and he was unaware of the police investigation until it became public.

Bishop was taken to the Aroostook County Jail with bail set at $50,000 cash and an initial court appearance scheduled for Monday, Feb. 8.

The Calais Police Department said in a statement that the MDEA informed the department about Bishop's arrest on Friday, Feb. 5.

"At that time we advised MDEA the Calais Police Department would cooperate with any investigation that needs to take place," the department said in a statement.

"We are very surprised and concerned about the allegations against Mr. Bishop, as we are well aware that if they are proven, this is not just a black eye to our department but to all of law enforcement," the department said. "We believe that all law enforcement officers must be held to a higher standard to keep our justice system above reproach."

Due to this being an ongoing investigation by another department, the department says it will not comment further.

Anyone with information about this investigation or the illegal sale of drugs in Maine is asked to contact the closest MDEA office, text MDEA to TIP411 (847411), or call the MDEA tip-line at 800-452-6457.