Christopher Starks was shot and killed on campus in 2015. On Tuesday, the man accused in his death is expected to stand trial for his death. 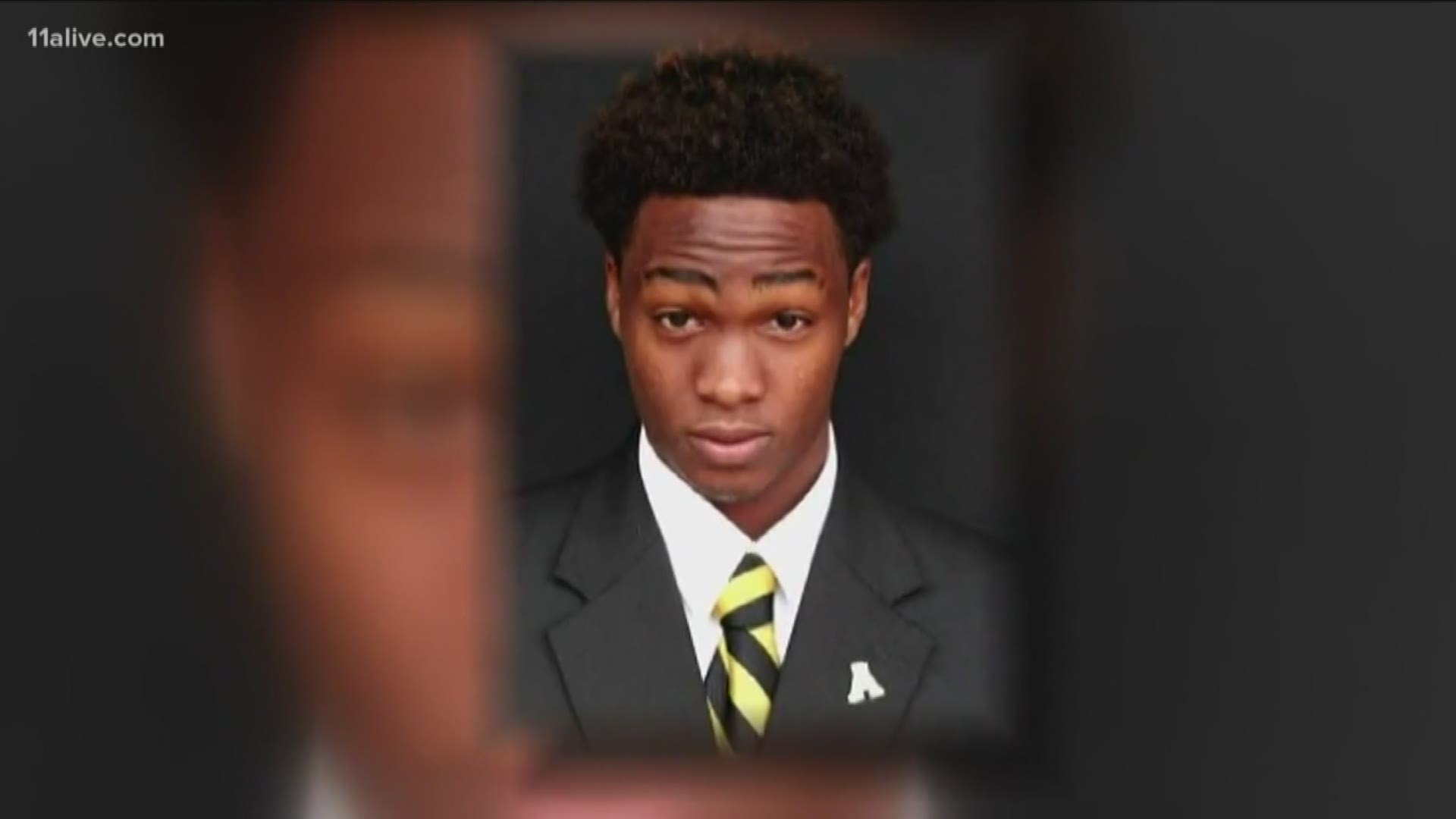 LITHONIA, Ga. — In 2015, Savannah State University student Christopher Starks was shot and killed in the student union on campus. The 22-year-old had a football scholarship and was a junior with a bright future ahead of him.

“Our goal was to let him go to college. Make sure he goes to college and better himself, and he did that,” his father, Ray Starks, told 11Alive’s Joe Henke as he stood beside his son’s grave in Lithonia. “He was where he was supposed to be, and as a father that is what you can really ask.”

Starks graduated from Miller Grove High School in DeKalb County and his father said his son excelled in the classroom.

Christopher Starks was a junior at Savannah State University when he was gunned down on campus outside the school’s student center last August.

The young man with so much promise seemed to die without reason. Since Starks' death nearly four years ago, nothing has been released about why he was murdered – or why the suspect, 25-year-old Devon Stephens – may have pulled the trigger. On Tuesday, Stephens will stand trial in Chatham County, and the Starks will be there.

They said they drove to Savannah the night their son was murdered and have made several trips since, to talk with investigators, prosecutors and listen to court hearings. Every trip has been extremely painful – and they’re hoping this week will be the last time they have to travel to Savannah from their home in DeKalb County.

On Memorial Day, the Starks gathered around the 22-year-old's grave to pray, knowing the upcoming trial won’t bring him home, but it could, perhaps, give some closure.

“The truth. Because Christopher did not deserve to lose his life,” said his mother, Sharron Starks. “It’s a lot of ‘why?’ This didn’t have to happen. It’s just a lot of emotion.”

Credit: WXIA
Ray and Sharron Starks stand beside their son's grave in Lithonia. Christopher Stark was gunned down on campus at Savannah State University in 2015.

For nearly three years, police and the Georgia Bureau of Investigation investigated Starks’ murder, but no arrests were made until April 2018, when a grand jury indicted Stephens for felony murder.

In 2016 the family also filed a wrongful death lawsuit against Savannah State University – saying that the shooting would have been “preventable” if more security would have been in place. In their lawsuit, they also called the university a “dangerous and unsafe place.” The lawsuit also stated that the university did not have police or security in or outside the student union, where Starks was gunned down.

PREVIOUS | Suit: University was 'dangerous and unsafe' when student was killed

The university would not comment on pending litigation and that lawsuit is still pending.

The Starks said, when it comes to a murder conviction, they don’t know what exactly they would say in court if Stephens is found guilty of their son’s death.

“I’ve thought about it. I have a lot to say, but I would rather just wait until that time comes,” Sharron Starks said.

For now, they continue to pray as they head back to Savannah.

Credit: WXIA
Family and friends of Christopher Starks, who was 22 when he was gunned down on campus at Savannah State University, pray at his gravesite.