Jason Reil disappeared after going to a drug store in Brunswick in January of 2012. 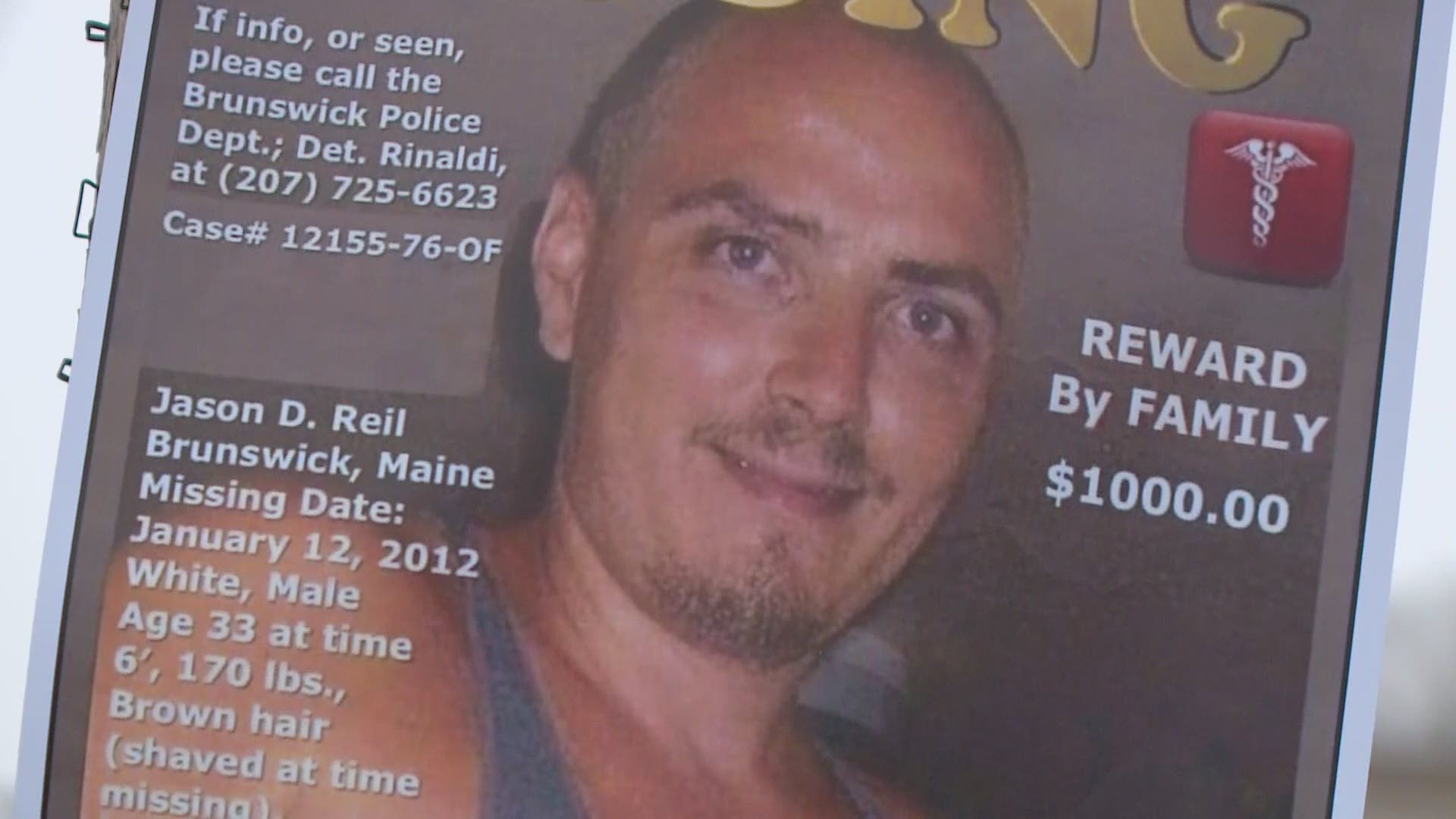 BRUNSWICK, Maine — The family of Jason Reil is hoping a $1,000 reward will lead to answers in his disappearance, which goes back nearly a decade.

Despite numerous searches, tips and sightings -- the investigation has gone cold.

Flyers with pictures of Reil, who was 33-years-old when he went missing, are posted along Main Street in Brunswick, also in Augusta and the Mid-Coast.

His family hopes by offering a larger reward will lead to a break in the case.

"Just give the family closure so we can know what happened and where he is," Jason's uncle, Ken Reil said.

"If they see the word reward they are more likely see a human face and read a person's story and think twice," Jason's aunt, Tammy Reil said.

He was last seen on January 18, 2012, on surveillance video at a Rite-Aid, now a Walgreen's, picking up his medications.

That medication was found unopened in his apartment located just off of Main street.

Also left behind: his wallet, keys, cell phone, and glasses. Two disability checks were found uncashed in his mailbox. Commander Martin Rinaldi of the Brunswick Police Department said authorities haven't ruled out anything -- including foul play.

"The fact that everything was left in his apartment and it was left unsecured is concerning," Commander Martin Rinaldi, of the Brunswick Police Department.

"Even for Jason when he went through his episodes, that's something he would have never done," Tammy Reil said.

A new detective has now taken over the case after the lead investigator retired.

Reil's sister Angela tells us that years of not knowing what happened to her brother. is beyond devastating.

"He was an artist. He was a poet and very caring and very sweet and I miss him," Angela Reil said.

While hope has faded for Reil to be found alive, getting answers means the people who love him can finally say goodbye to a man described as, "the sweetest person on earth."