Three days after a man left a 'suspicious package' in front of the Portland Museum of Art, police are still searching for answers. 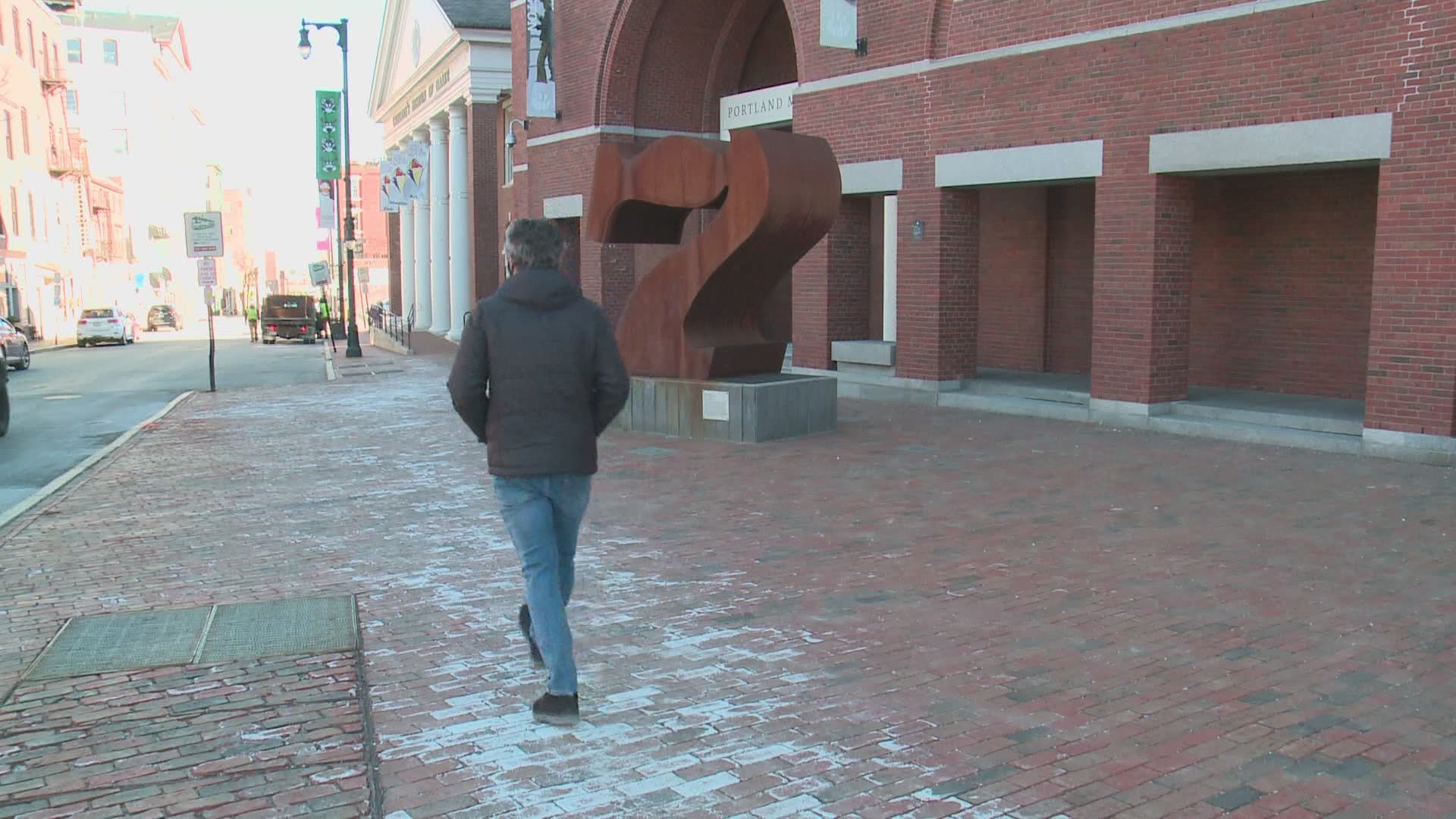 PORTLAND, Maine — Three days after a man left a 'suspicious package' in front of the Portland Museum of Art, police are still searching for answers.

They're searching for the man who was caught on camera parking his truck on High Street, then placing the package in front of the museum.

Police say a criminal investigation is currently underway to determine who placed the package and their motivation for this act.

As part of the investigation, police are reviewing footage from nearby security cameras, including video, taken by our NEWS CENTER Maine cameras stationed across the street from the museum.

Meanwhile-- NEWS CENTER Maine spoke with an eyewitness who described the display in front of the museum as "strange" and "odd."

Chad Boucher said, "I was heading downtown to meet up with some friends...I look to my right in front of the museum entrance and I saw what looked kind of like an art exhibit, so I didn't think much of it. It was covered in straw or feathers and then there was a black package in the middle. It has a tee-pee shape to it."

On Saturday, Portland Police shared details about the display in a press release. They said the suspicious package was "made up of feathers surrounding a box along with a spray-painted message." The massage was "BLAM."

Portland Police have not said what was in the package, only that it could be described as "concerning."

Portland PD continues to search for the person who left a "suspicious package" outside the Portland Museum of Art on Saturday. Officials describe the contents of the package as "concerning" and say a criminal investigation is currently underway. We expect an update Tuesday. #NCM pic.twitter.com/KNotlg1Hda

Anyone with information is urged to contact the police.