Driver leads police on high-speed chase on I-95, flips car near exit 53 off-ramp

Abdiaziz Dahir, 28, of Portland is charged with operating after suspension, driving to endanger, and failure to provide correct name 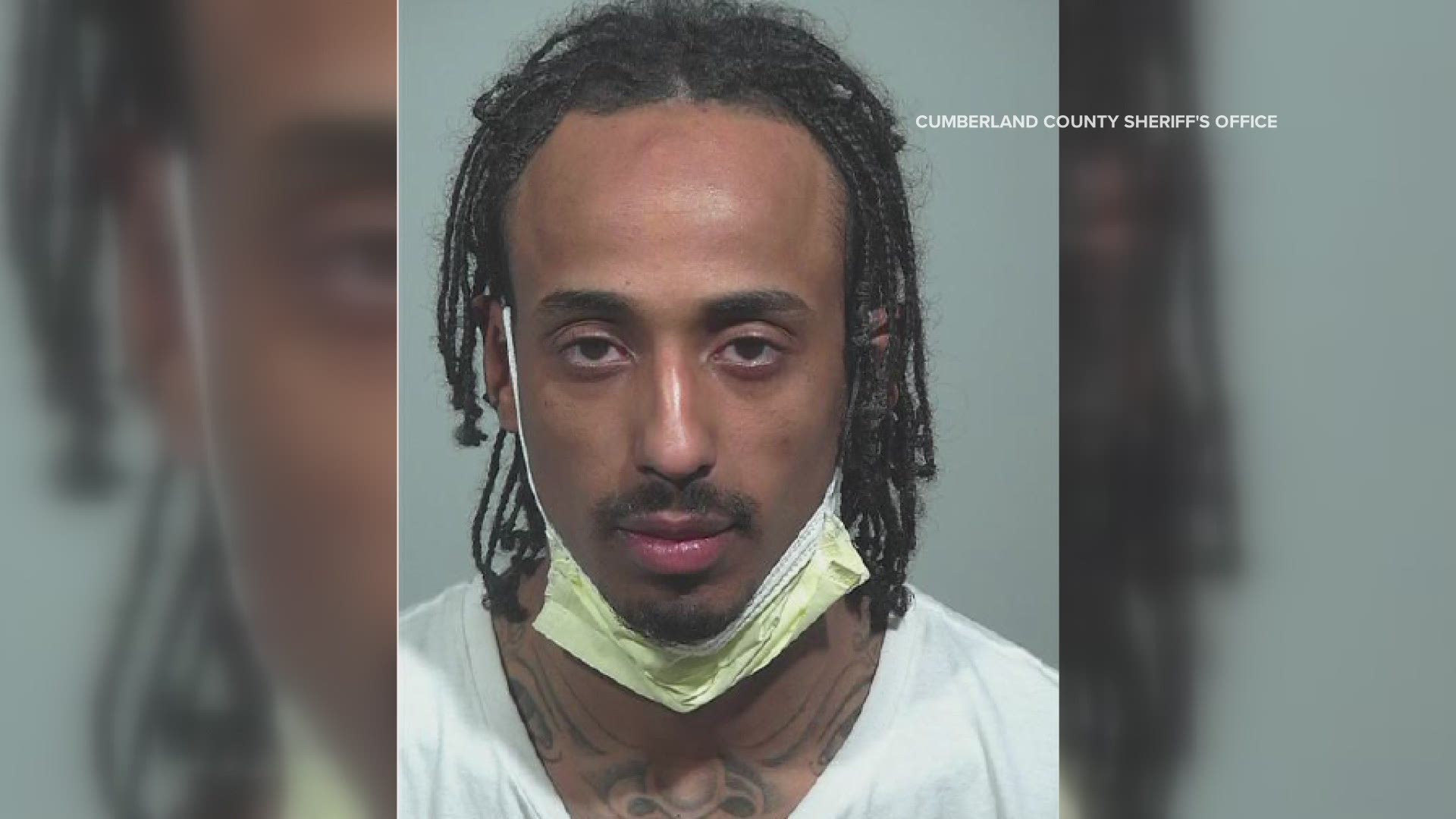 FALMOUTH, Maine — Exit 53 on I-95 South was shut down for several hours on Sunday evening after a car involved in a high-speed chase crashed there.

Naldo Gagnon, chief deputy at the Cumberland County Sheriff's Office, said Abdiaziz Dahir, 28, of Portland, is charged with the following:

Just past 6 p.m., deputies from the Cumberland County Sheriff’s Office attempted to stop a car as they suspected the driver was operating under the influence.

Gagnon said the vehicle, a black Toyota Camry, stopped initially. In total, three men were inside the car, according to Gagnon.

Gagnon the driver gave a fake name and then drove off when asked to exit the vehicle.

While the vehicle was initially driving away, the man sitting in the rear passenger seat attempted to get out of the vehicle. Gagnon said the man was dragged for a moment and eventually freed himself from the vehicle. Deputies ensured he was ok and directed him to wait on the shoulder. Gagnon said he was apparently located by another driver and was given a ride from the scene. The man has not been identified, according to Gagnon.

Meanwhile, the fleeing vehicle continued southbound at speeds over 115 miles per hour, according to Gagnon. Near the Exit 53 off-ramp, the car became out of control, striking the embankment and landing on its roof.

The driver was ejected from the vehicle and the passenger became trapped inside, according to Gagnon. Deputies were able to free the passenger, a man from Lewiston, and he was evaluated at the scene and released with no injuries

The driver not identified until he reached Maine Medical Center. He has since been identified as Dahir. He is being treated for non-life-threatening injuries, according to Gagnon.

A loaded firearm was located among the debris when the vehicle was flipped back over, according to Gagnon.

Maine State Police are reconstructing the crash. The Cumberland County Sheriff’s Office is investigating any criminal activity related to the chase.