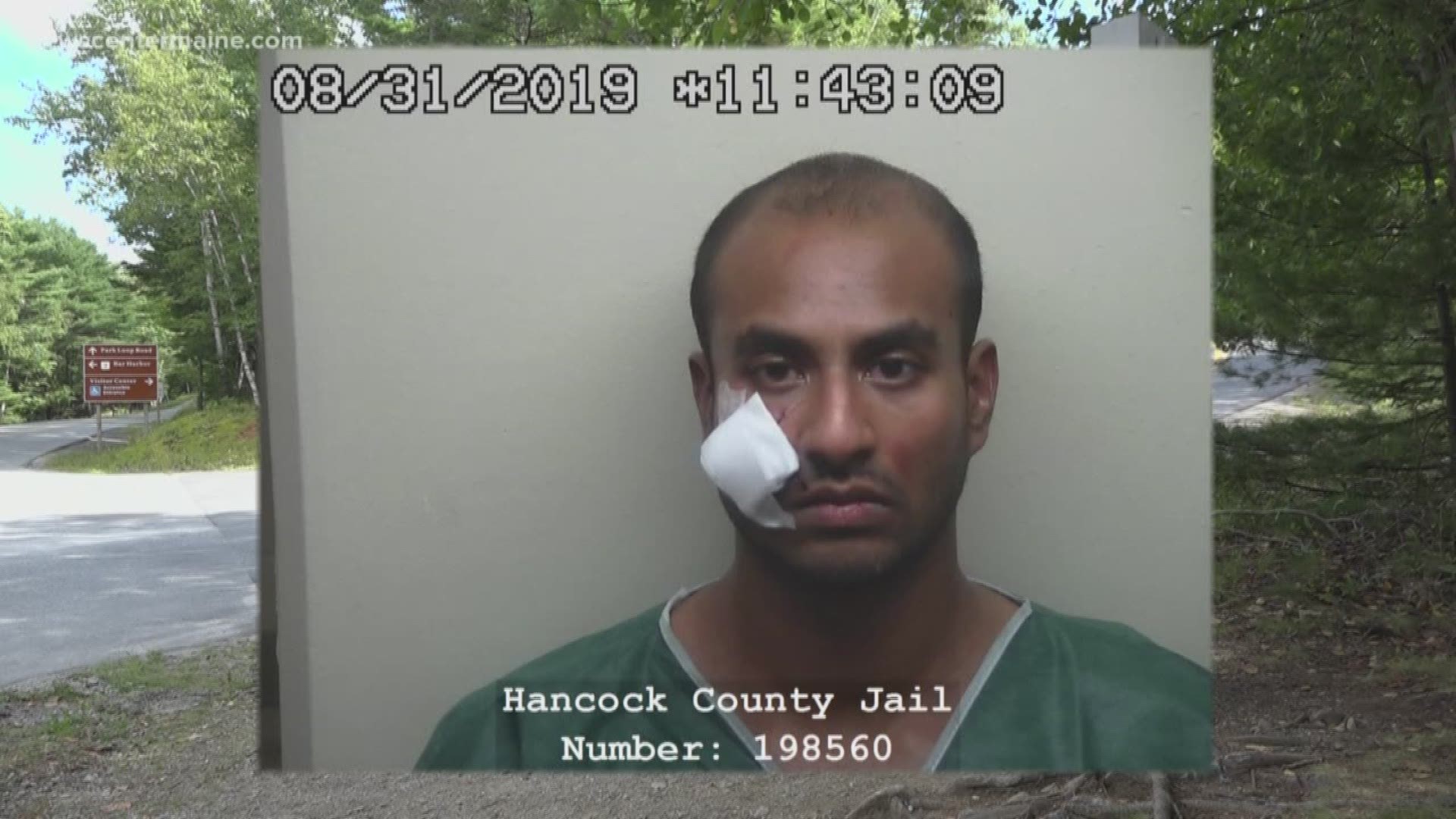 BAR HARBOR, Maine — A New Jersey man charged with manslaughter in a crash that killed three passengers in Maine's Acadia National Park says the state didn't have the right to test his blood.

The Portland Press Herald reports that a motion filed Thursday on behalf of Praneeth Manubolu argues that a state-mandated blood test shouldn't have been taken because the Aug. 31 crash took place on federal land.

Court documents alleged Manubolu had been drinking before getting behind the wheel of the car with three other people.

The National Park Service said at the time of the crash, the vehicle rolled over on the one-way section of the Park Loop Road around  2:30 a.m. on Saturday, Aug. 31.

Driver charged in fatal Acadia crash says state didn't have right to take blood test
A man facing federal charges in a fatal crash is asking a judge to throw out a state-mandated blood alcohol test because the accident happened in Acadia National Park. Praneeth Manubolu has been indicted on three counts of manslaughter, two counts of operating under the influence and one count of unsafe operation.

When emergency responders arrived, three of the four occupants of the car were found dead at the scene. The driver was taken to Mount Desert Island Hospital and was arrested after being released from the hospital and taken to Hancock County Jail in Ellsworth.

The crash took place in a national park, so Manubolu is charged in federal court. Documents at the time of the arrest showed Manubolo's blood was drawn at Mount Desert Island Hospital even though he did not consent. Maine law says blood can be drawn from the driver involved in any crash where serious bodily injuries occur.

The Portland Press Herald reports the documents do not make clear what the result of the blood test was, but "defense attorney Walter McKee filed a motion in U.S. District Court in Bangor on Thursday to suppress it, arguing that the state law should not apply because the crash took place in Acadia."

"Manubolu's blood never should have been forcibly taken from him, and certainly not by a person who had no authority to do so," McKee wrote in the motion.

In an email Thursday afternoon to the Press Herald, McKee said the motion is clear cut. "This was a straight-up violation of federal law. A warrantless blood draw in a federal criminal case without consent will never pass muster and it sure won't here," he said.

According to the Press Herald, there has been no response to the motion by government attorneys. Assistant U.S. Attorney Craig Wolff, spokesman for the federal prosecutor's office in Maine, declined to comment to the Press Herald.

Maine law requires a blood draw for any driver in an accident with serious injury or death. Court documents show officers arranged the blood draw at a hospital even though Manubolu did not consent.

The Maine Supreme Judicial Court is currently considering an appeal in a separate case that questions the constitutionality of the state law. The federal prosecutor's office in Maine declined to comment.