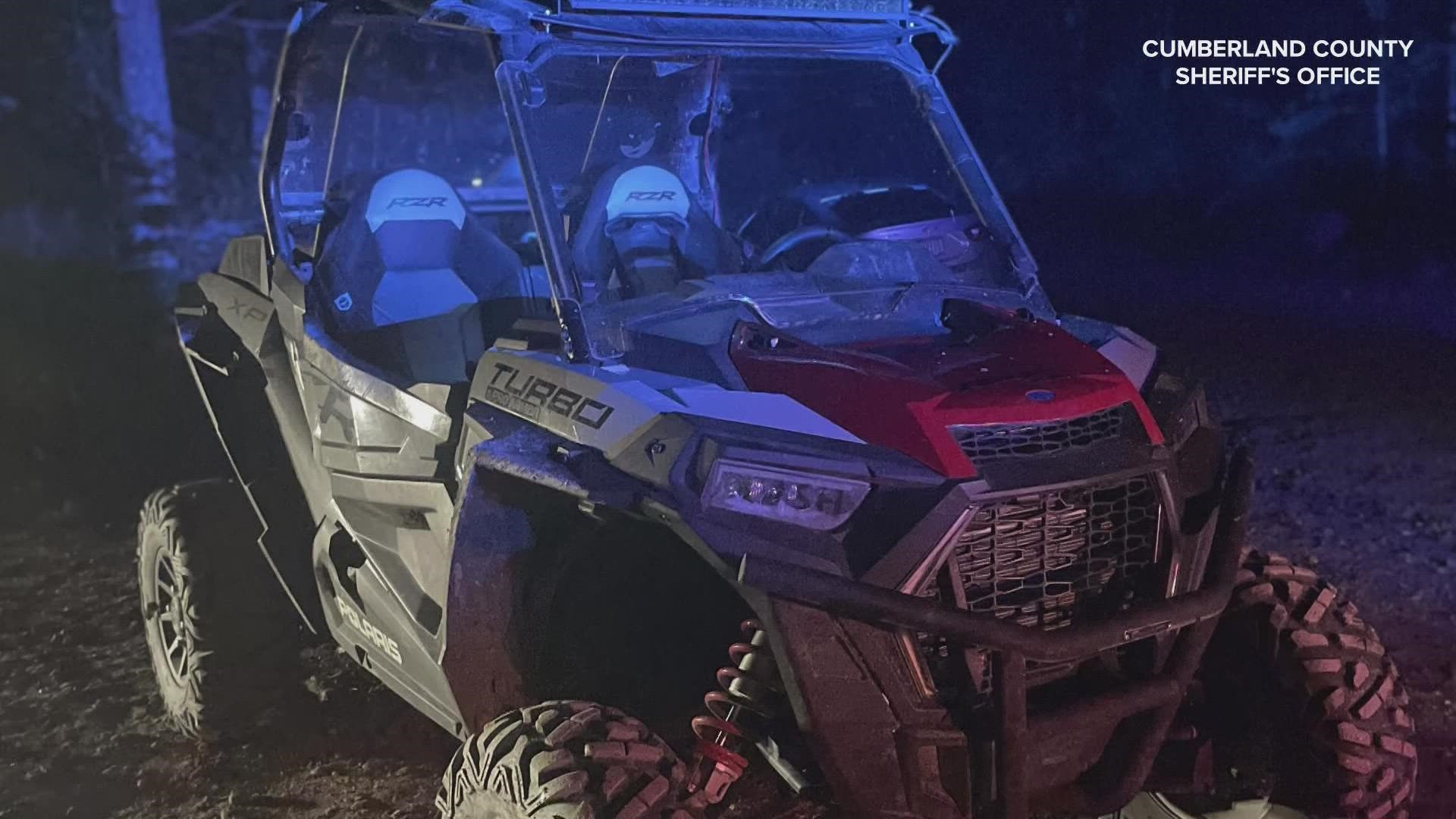 SEBAGO, Maine — One person was severely injured after a UTV crash on Folly Road in Sebago Sunday morning.

According to the Cumberland County Sheriff’s Office, Taale Thompson, 20, of Naples was allegedly intoxicated while driving south on Folly Road around 12:46 a.m., and when he tried to make a left turn he flipped the UTV on its side.

His passenger, Matthew Brill, 18, of Bridgeton was thrown from the trunk of the UTV and suffered a severe injury to his arm, deputies said. They had to apply pressure and a tourniquet to control the severe bleeding from his arm.

Four other people riding in the UTV were not injured in the crash.

Police said they are still investigating the crash and the driver could face additional charges.