Rhonda Pattelena of Bedford, Mass., was allegedly beaten to death by her boyfriend on Short Sands Beach in York last Friday, according to police. 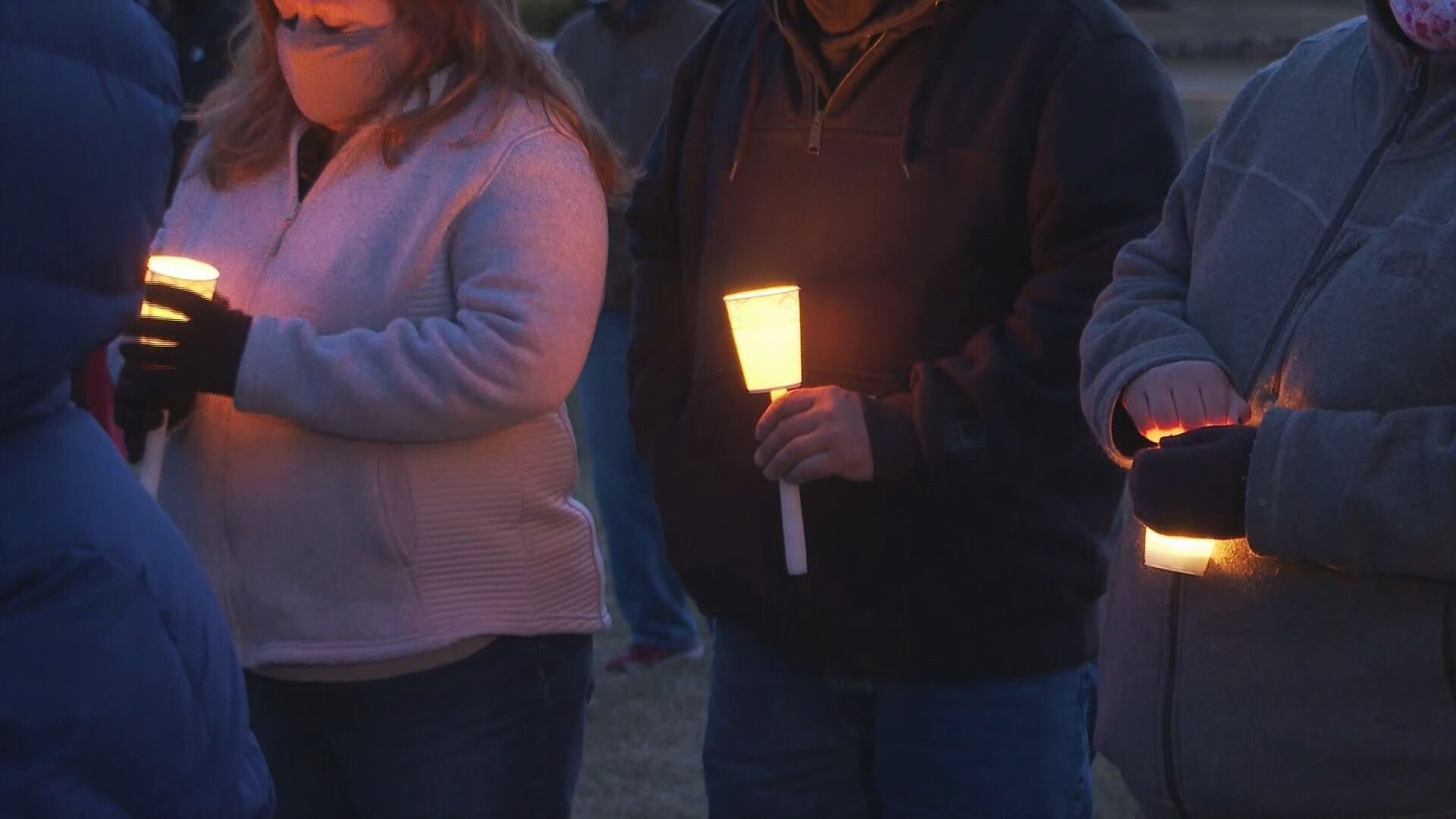 YORK, Maine — Dozens of people gathered at the Pavilion in Ellis Park in front of Short Sands Beach on Friday night for a candle vigil in honor of the woman who was allegedly murdered there by her domestic partner last week.

The short vigil began at 7:15 p.m. with those closest to Rhonda Pattelena saying a few words to celebrate her life and "reclaim" the beach that she loved to visit.

Pattelena's body was found by police on Short Sands Beach just before 4 p.m. last Friday, according to police, after witnesses reported seeing a man beating someone behind a large rock.

An autopsy determined that Pattelena died as the result of a homicide, from blunt force injury to the head. Her boyfriend, Jeffrey Buchannan, was detained at the scene and later charged with murder.

Court documents revealed Buchannan likely used a rock to kill Pattelena and was then captured on nearby security cameras leaving the scene. He told police he "blacked out."

Buchannan is now being held in the York County Jail without bail pending a mental health evaluation.

"I just want everyone to spread awareness that this shouldn't happen and that people are there to help," one friend said.

A GoFundMe page has been created to fund the funeral and other expenses for Rhonda Pattelena. To donate, click here.

This story has been corrected to note that Rhonda-Pattelena lived in Bedford, Massachusetts.