Melissa Ater's sister posted a video on Facebook that has been shared hundreds of times, detailing her abuse ahead of her ex-husband's potential release. 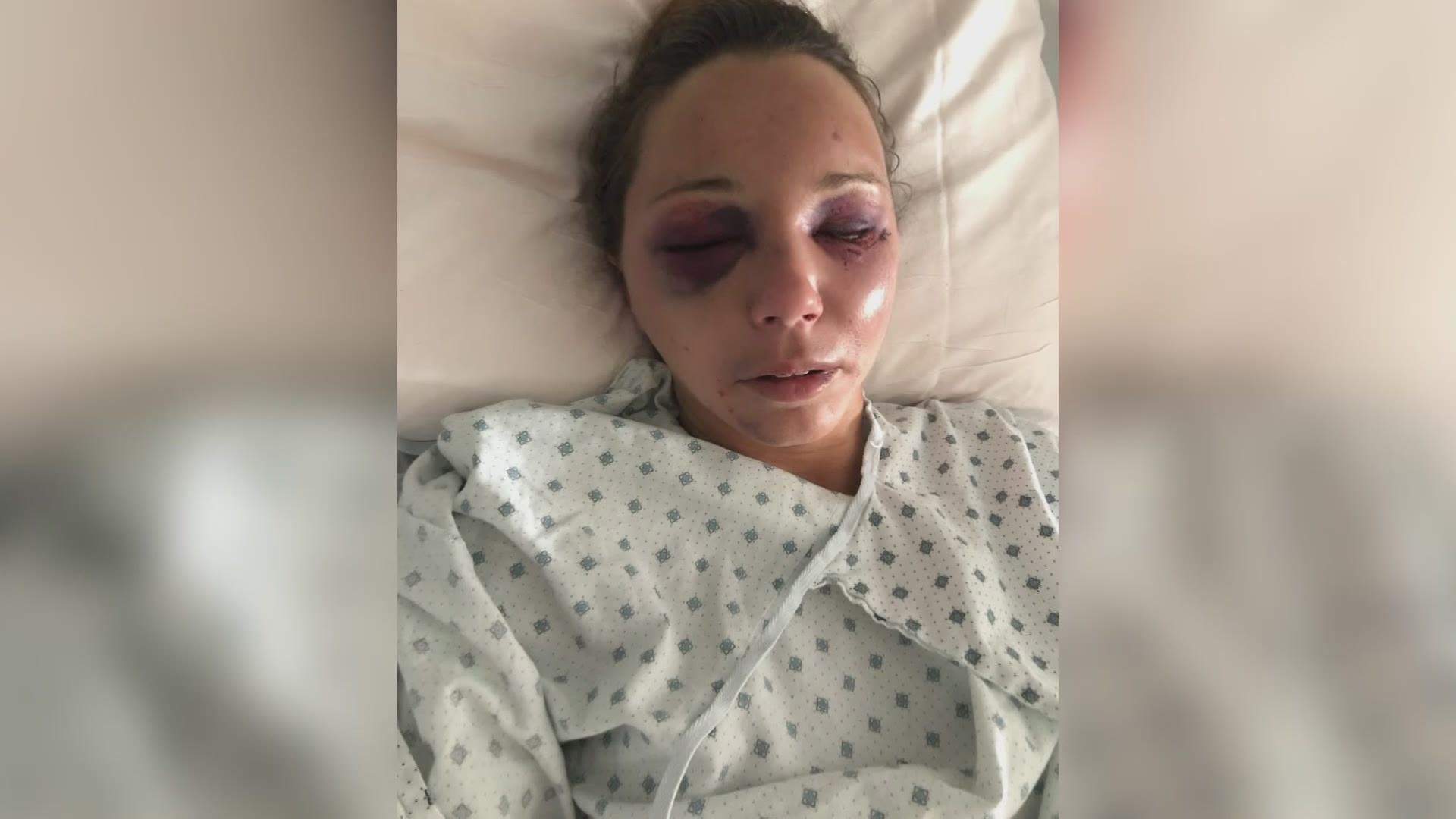 MAINE, USA — Melissa Ater is a domestic violence survivor. Recently, her sister Jennifer Hitchcock posted a video on Facebook that has been shared hundreds of times. In the video, Hitchcock detailed her sister's abuse.

The help they're asking for is two-fold. First, they don't want Ater's ex-husband, Corey, to be released from jail. They also want to be sure Maine's law enforcement is receiving proper training in an effort to keep men and women like Ater safe.

"The beginning of our marriage... our relationship seemed like a dream. It seemed perfect," Ater said thinking back to how it all started.

When that shifted, she found herself in an abusive marriage. She said the last time her ex-husband Corey attacked her, was at her home, it lasted 16 hours.

By the time police got there, Corey had taken Ater and her daughter to another location.

"The door was wide open, there were no vehicles there, there would have been blood all over the wall and floors from here the attack took place," Ater said.

Ater added that the officers who went to that scene never filed a report. After they left, Corey brought her back to the house for hours more of abuse.

Tonight on #NEWSCENTERmaine we hear from Melissa Ater about her experience with domestic violence, her concerns about her ex-husband possibly being released from jail due to COVID-19, and how she hopes Maine police departments focus their training on domestic violence. pic.twitter.com/SaQwJug2m0

Ater said she's encouraging law enforcement to expand training because she knows police are the first responders in situations like hers.

"I stand behind them but I do feel that we're lacking in this area," she said.

"Domestic violence really is our primary public safety problem in Maine," Rebecca Hobbs, executive director of Through These Doors said.

Hobbs and her team of domestic violence advocates work with the Maine Criminal Justice Academy to help train officers on how to approach these events.

Officials at the Academy said they are aware that Main is ranked 18th highest in domestic violence incidents in the country, and added they have been working to improve training for years.

He said when he started his career in the 1980s, there was no domestic violence training at all.

"The state's done a really good job. Obviously, we can do more, we can do better," he said.

"There's ongoing training for law officers in the field," she said.

As for Ater, this pattern of abuse went on, until her ex-husband was arrested.

He is currently serving a two-year sentence for a bail violation and Ater is hopeful he'll stay behind bars until the trial for 19 other counts of domestic violence can be heard. But, because of COVID-19, the courthouse in her area is not holding trials. So Corey could make bail and be released, which has her family worried and prompted her sister's Facebook video.

Hitchcock said, "There's no way, regardless of what steps are taken if he's given bail, that my sister is safe if he gets out. Period."

So friends and family are patiently waiting for Corey's bail hearing and reaching out to elected officials to discuss how Maine can crackdown on domestic violence and help people in similar situations.

"Even if it's just one person. It's a win," Hitchcock said.

If you or anyone you know is experiencing domestic violence, call the Maine Domestic Violence hotline at 1-866-834-HELP.