Shortly after the sentence was handed down, the Maine DHHS released details of more than two years of interactions with the girl and her family 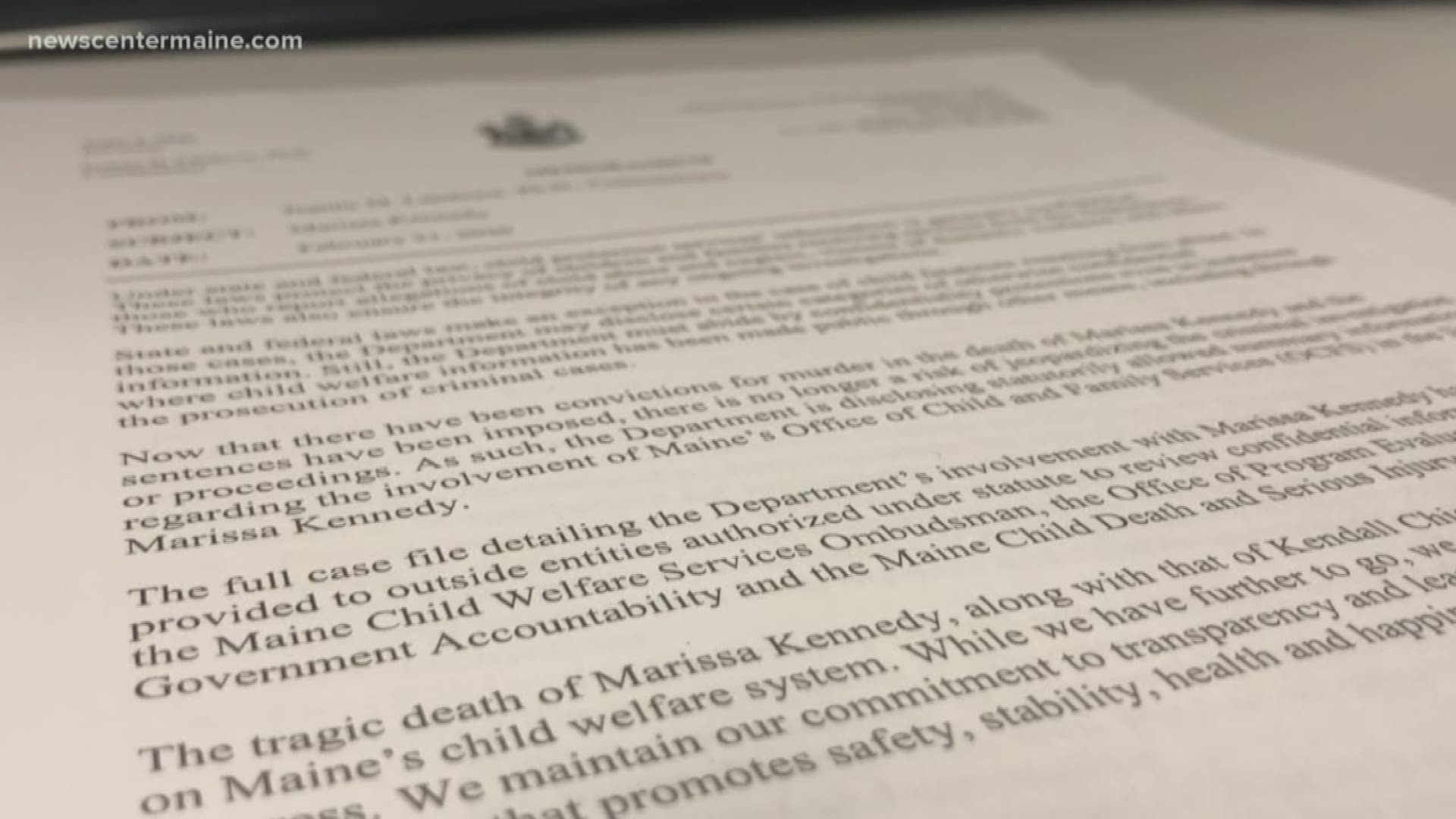 AUGUSTA, Maine — Sharon (Carillo) Kennedy was sentenced to 48 years in prison Friday for the murder of her daughter, 10-year old Marissa Kennedy, in 2018. Kennedy's former husband, Julio Carillo, is already serving a 55-year sentence for the crime. Marissa Kennedy died as a result of repeated abuse in her home.

Shortly after the sentence was handed down, the Maine Department of Health and Human Services released details of more than two years of interactions with the girl and the family, dating back to the fall of 2016.

The lengthy summary shows many meetings and discussions between the family and DHHS caseworkers, involvement with mental health and medical providers, reports from school staff and neighbors of concerns over Marissa's well- being, reports of violence in the home and multiple contacts with police.

Read the 12-page summary below:

RELATED: Sharon Kennedy to be sentenced for murder of 10-year-old daughter, Marissa

DHHS states that since the deaths of Marissa Kennedy and Kendall Chick, it has:

DHHS also provided written statements from the department's Commissioner and the director of the Division of Child and Family Services.

“The tragic death of Marissa Kennedy, along with that of Kendall Chick, sheds long-overdue light on Maine’s child welfare system. While we have further to go, we are on a path to reform and progress. We maintain our commitment to transparency and learning from the past as we strive for a system that promotes safety, stability, health and happiness for all Maine children and families.”

“While we have made strides, a great deal more work lies ahead. We have strong leaders and advocates in Governor Mills, Commissioner Lambrew, and members of the Legislature; insightful, engaged, staff and stakeholders committed to the safety and wellbeing of Maine’s children and families; and experts across the nation lending us their expertise and experience. Together, we can create a future where all Maine children are safe, first and foremost, but also stable, happy, and healthy.”