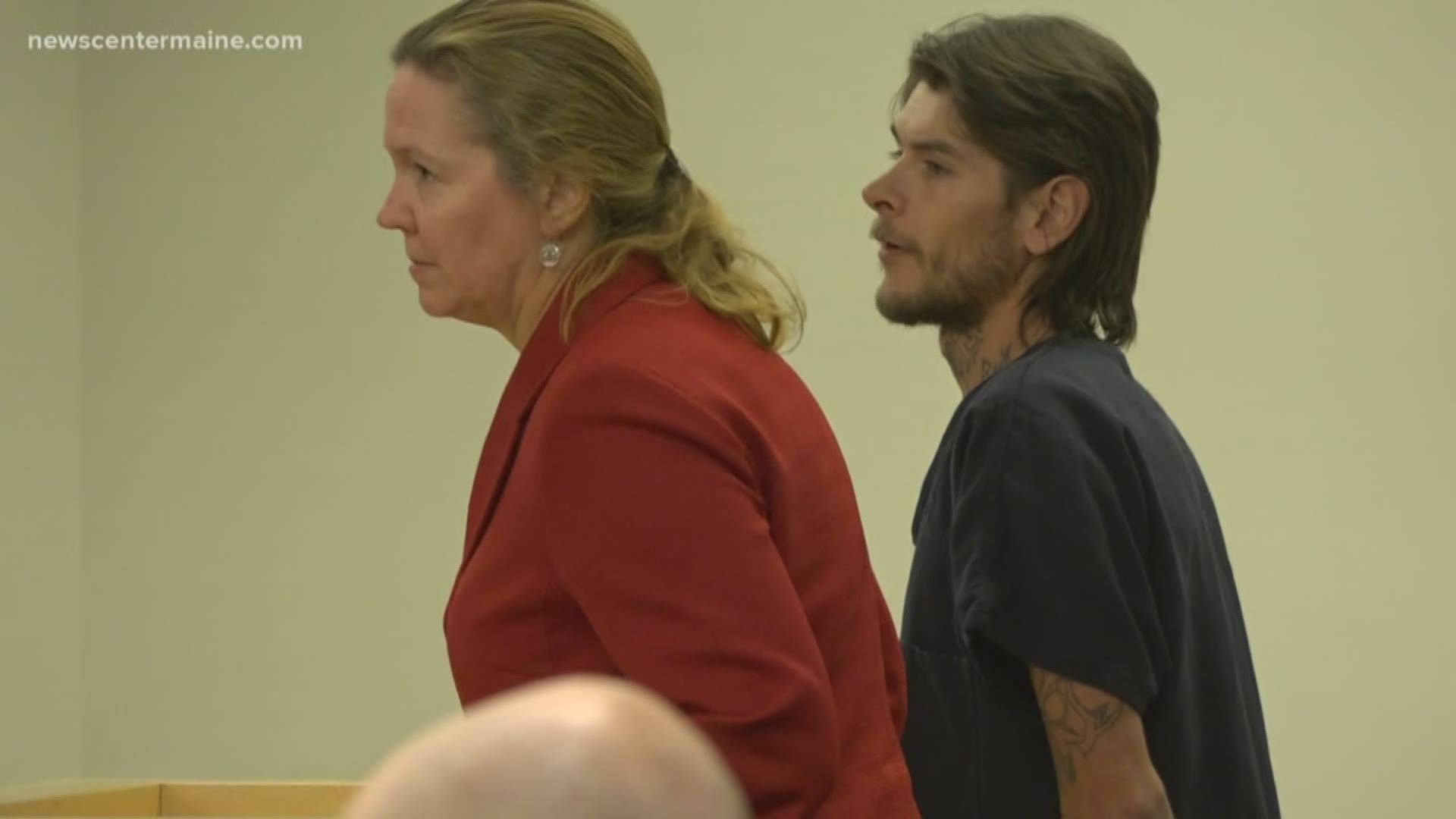 BANGOR, Maine — The homeless man accused of beating a Bangor man to death pleaded not guilty on Tuesday.

RELATED: Arrest made in connection to Bangor homicide

Donald Galleck is being held without bail in connection to the murder of Jason Moody.

Court documents reveal Galleck and Moody were hanging out with their girlfriends on November 11, 2018 when Galleck got into an argument with his girlfriend, Adrienne Rockwell. Moody's girlfriend, Erin Griffith, told Rockwell she could stay the night wit her, and Moody walked Galleck to where he was staying.

Court documents state that a few minutes after both men left, Griffith received a call on Rockwell's phone from Galleck.

"He stated something to the effect of he did not know what happened. He had left Moody on the side of the road and that he was going to go to prison for 15 to 20 years," court documents read.

Court documents also show Galleck was on a Facebook video call with a friend at the time of the alleged beating. Galleck put his phone in the breast pocket of his shirt, but the camera was facing out, and his friend could see what was happening.

Court documents say that the friend saw Galleck punch Moody in the face and bash Moody's head off the ground.

When Moody was found, he was unresponsive and bleeding from the nose because of an internal brain bleed. Moody was transported to Northern Light Eastern Maine Medical Center where he later died.

Moody's cause of death was attributed to massive inflicted trauma to the brain and was ruled a homicide.

Galleck has been charged with depraved indifference murder and with intentional or knowing murder. His trial is scheduled for March 2020.