Crystal Meth is on the rise in Maine

Meth, coming from the cartels in Mexico, is quickly replacing opioids as one of the biggest threats in Maine's drug crisis 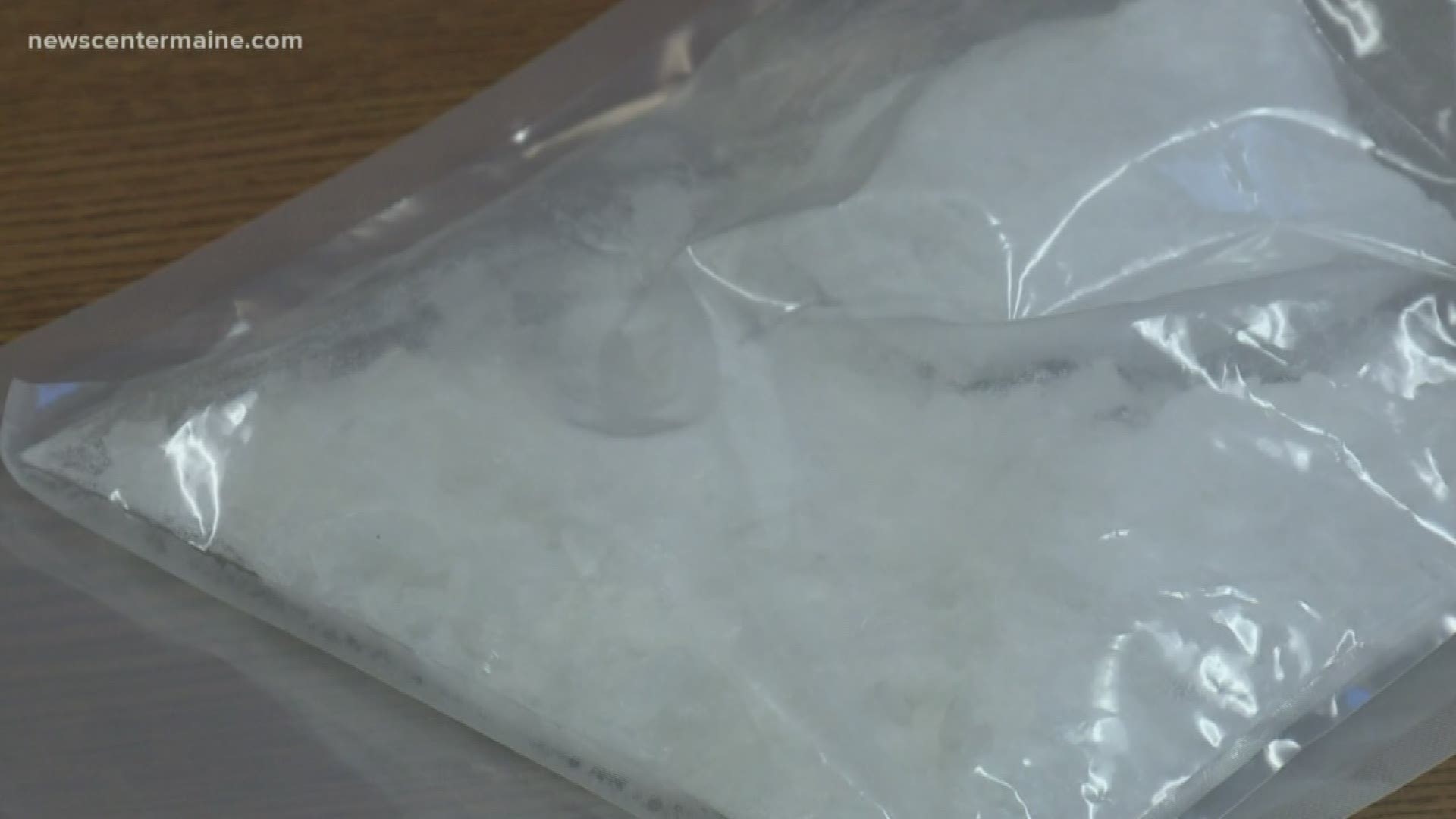 MAINE, USA — It's no secret Maine has a drug problem.

In the last few years, opioids, such as heroin, fentanyl or OXY  have been at the forefront of the crisis, but that's starting to change.

Methamphetamine is quickly becoming a big concern as well.

"Like the rest of the drugs it comes from the southern border, from the cartels," says Maine Drug Enforcement Agency Cmdr. Scott Pelletier.

Pelletier says the Mexican cartels have already established routes in the U-S. For the Northeast, they start in New York, go through Hartford, CT, to Lawrence or Lowell, Massachusetts and up Interstate 95 to Maine.

"It's all about the money."

Pelletier says the same people trafficking heroin, fentanyl, and cocaine in Maine have simply added crystal meth to their lists of products.

"Often dealers will front or give some of (the drug) for the first time to see what customers think and once you're hooked, they've got you."

Because crystal meth is now more available and the street price is similar to other drugs, MDEA agents are seeing fewer people making what's called dirty meth or one pots.

"Why buy the chemicals and risk mixing it when you can spend a little more and buy a better quality meth."

Crystal Meth, which is usually smoked with a glass pipe, is a powerful, highly addictive drug that is entirely different than opioids.

"There is no Narcan for meth, someone overdosing on meth is violent, out of control, it's affecting them psychologically."

Sahrbeck says whether it's meth or opioids stopping the problem before it becomes one, is key.

"The easy way to do it is prevent people from ever going down that path and getting that education and early prevention out there and understand what causes people to use drugs in the first place, that's one of the key things we need to do as a community."