Speed, inexperience, and possibly alcohol appear to be the causes of the fatal ATV crash Saturday. 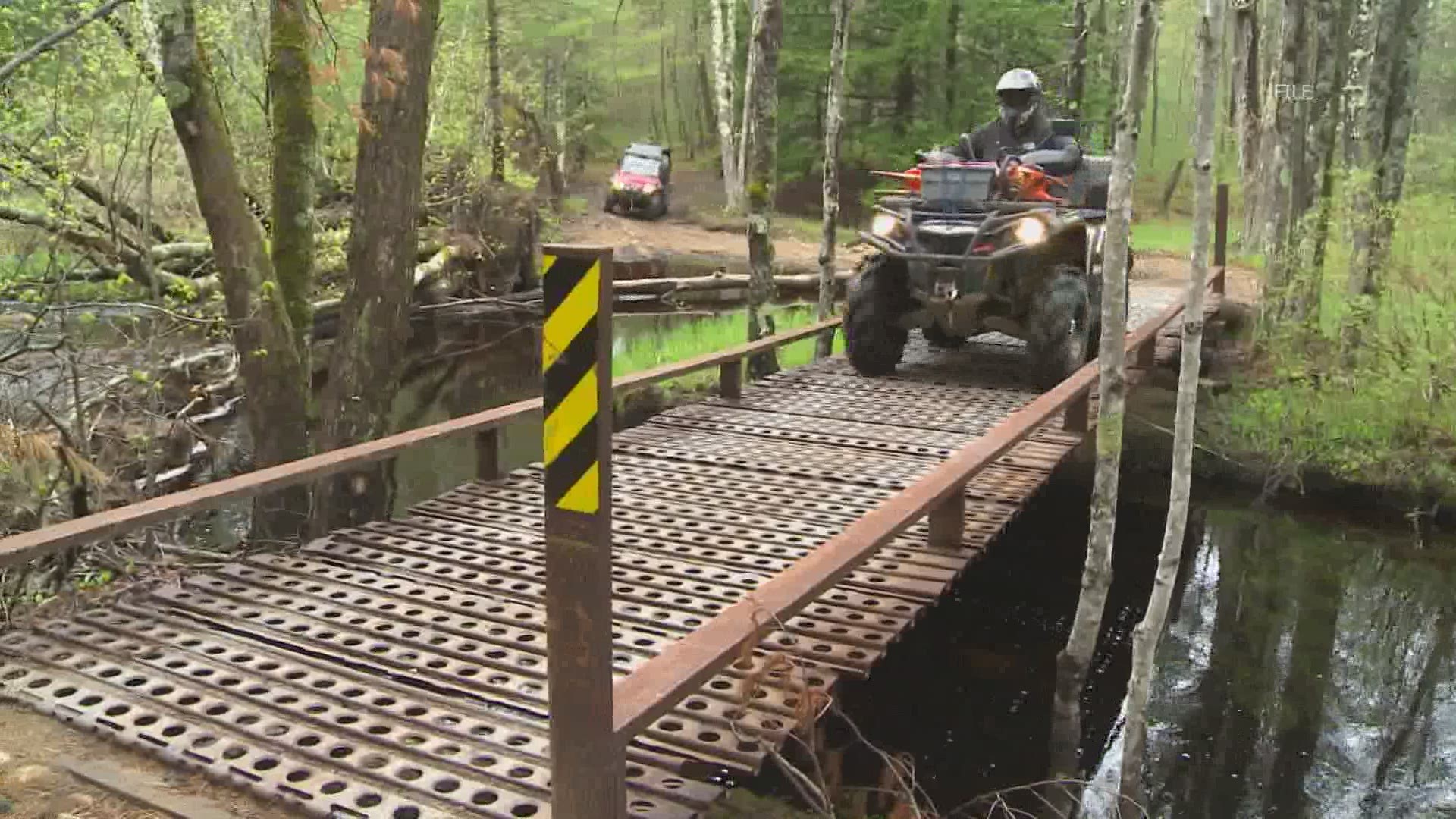 LINCOLN, Maine — A woman from Corrinna has died after an ATV incident in Lincoln Saturday night.

She was traveling on the Pierce Webber Road near upper pond at Brewer approached a four-way intersection, lost control of the ATV, and skidded over 50 feet before rolling the machine against a tree alongside the trail.

Brewer was pinned between the tree and the ATV and despite efforts by Martin to free her, he was unable to.

Martin called 911, and another ATV rider stopped to assist, but they were unable to free Brewer. The Maine Warden Service, Lincoln Ambulance, and Lincoln police responded to the scene, but Brewer died at the scene and was transported to Lampson Funeral Home in Lincoln.

Alan Gillis is a Sergeant with the Maine Warden Service. He said Wardens have seen an increase in the number of ATV's this summer, including more inexperienced riders, who are getting into more frequent accidents.

Gills said new riders should take safety courses, and start out with experienced operators as they get comfortable with the machine.

"Observe, follow along with what they're doing, and take it easy until you become to feel comfortable," Gillis said.

He added wearing a helmet is not only required for anyone riding under the age of 18, but Gillis recommended all drivers and passengers wear one when on the trails.

"What could have been a minor injury or no injury at all to the operator or passenger, because they weren't wearing a helmet, ended up being serious or even fatal. A helmet can make all the difference," Gillis said.

Gillis mentioned the Warden Service has dealt with many missing persons calls even though there was no distress call because people don't know where their friends or family are.

He added if you go outdoors for any activity to inform someone where you're going and when you expect to return.

"That will help us out a lot," Gillis added.

The accident remains under investigation, but it appears that excessive speed, inexperience, and possibly alcohol are factors in the crash.