Michael Thomas of Concord first stole a truck from a woman's driveway, then led police on a high speed chase in another stolen car. 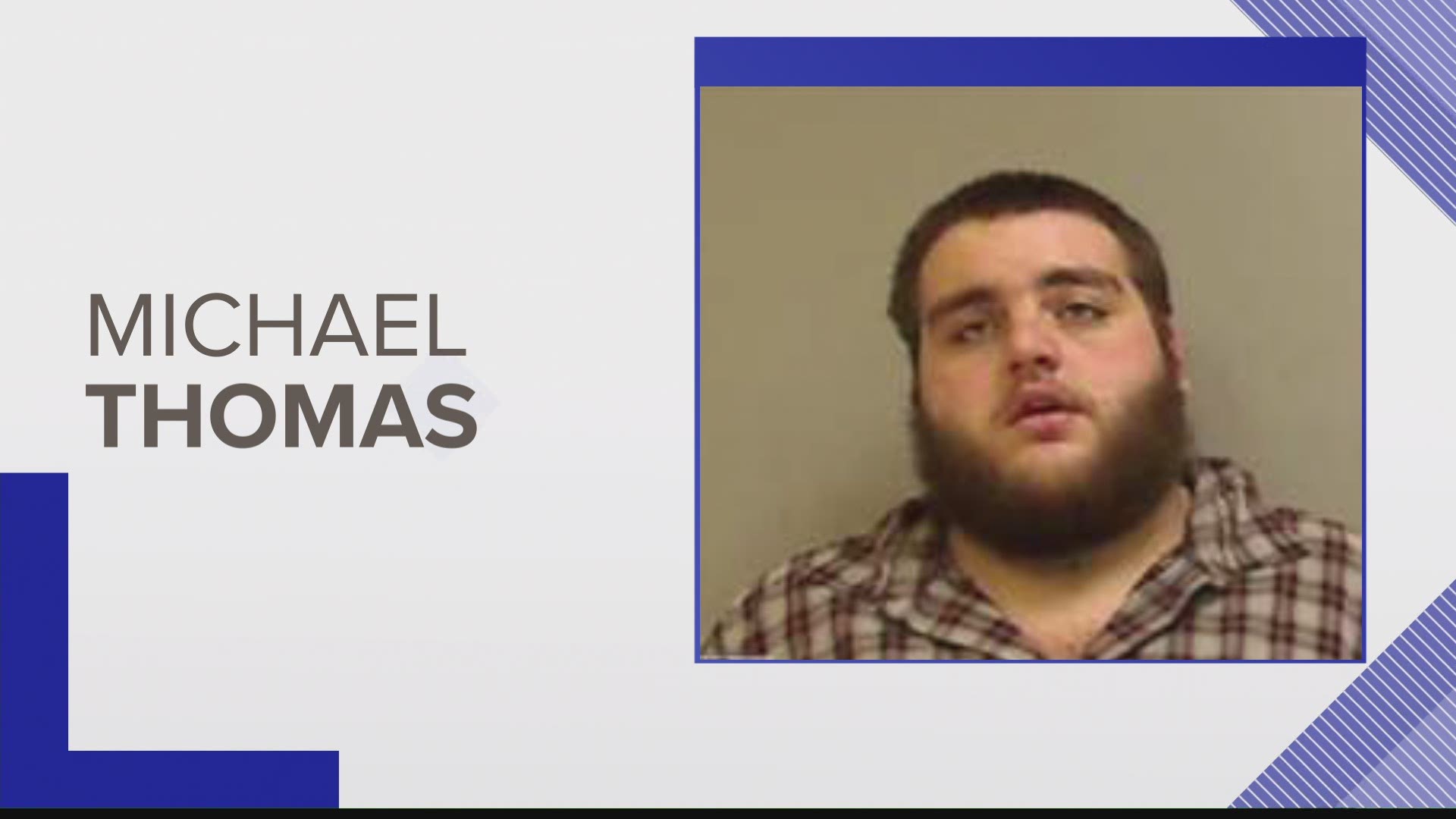 Concord police say a woman called and reported that her 2002 Ford pick-up truck used for plowing snow was stolen from her driveway sometime after 7:30 a.m. As officials made their way to the house on Jackson Pond Road, the woman called back and said she saw an unknown man driving her stolen truck on Bert Berry Road and was following him. Police say the man eventually crashed into a ditch.

The man, identified as Michael Matthew Thomas, 26, of Concord, then got out of the truck shirtless, holding a semi-automatic gun. He got into a gold Buick that was parked unattended in a private driveway and headed north.

The woman stayed with her pick-up truck.

A deputy saw the Buick and turned on his lights and siren to try to stop it, but Thomas sped off, resulting in a chase.

During the chase, Thomas threw the gun out the passenger window while crossing the bridge over the Kennebec River into Bingham. He then stopped in a parking lot on Murray Street and ran to a nearby house and was caught.

Thomas has been charged with operating after suspension as a habitual offender, theft by unauthorized use of property, eluding an officer, possession of a firearm by a prohibited person, as well as other traffic offenses. He is currently being held at the Somerset County Jail.

Members of the Somerset County Sheriff’s Office, state police, and warden service helped in this incident.