Isaac Therrien was transported to the Oxford County Jail where he was held without bail pending a court hearing. 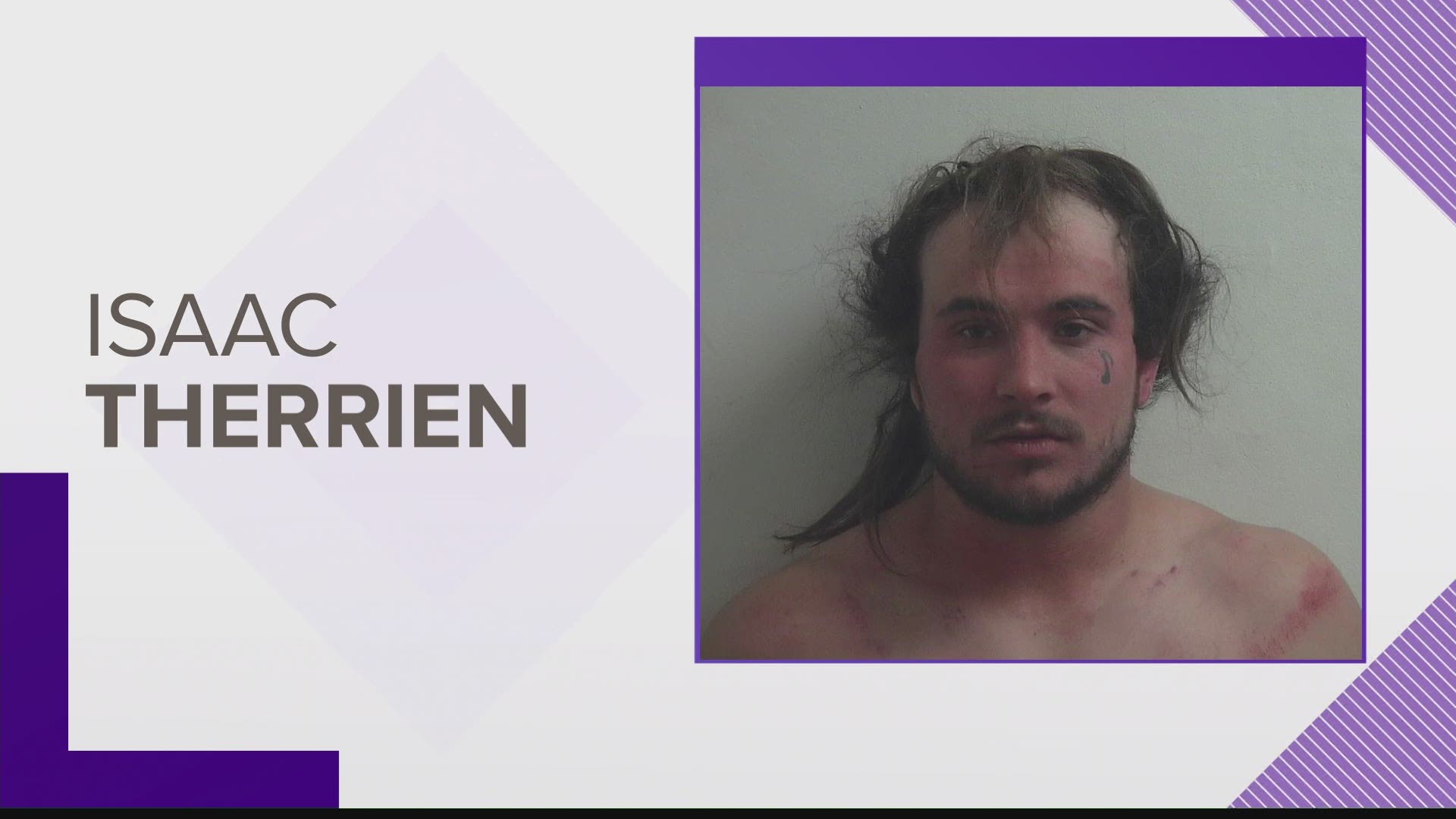 RUMFORD, Maine — Isaac Therrien, 21, is facing a number of charges as the result of two separate incidents at two separate residences in Rumford. According to police, Therrien is a competitive mixed martial arts fighter.

Early Monday morning, the Rumford Police Department said it received a call from a citizen reporting that they received a cryptic text message from a woman indicating that she was in trouble and being held against her will by a man in an apartment at 95 Maine Avenue in Rumford.

Officers said they responded and and found Therrien at the apartment, along with his 49-year-old girlfriend.

According to Rumford police, the investigation indicated that Therrien had taken his girlfriend's phone away from her and held her against her will for two days in the apartment while repeatedly assaulting her.

On Monday morning, police said the victim was able to use a phone to get a text message out for help. When police attempted to arrest Therrien, they said he tried to escape from custody. When that was unsuccessful, they said he turned his aggression towards the arresting officers. Rumford police said one officer sustained a broken nose and black eye, and another officer sustained rib injuries before they were able to subdue Therrien.

Therrien was charged with aggravated domestic violence assault, criminal restraint, refusing to submit to arrest, assault on a police officer, attempted escape, and violation of conditions of release. He was transported to the Oxford County Jail where he was held without bail pending a court hearing.

About two weeks earlier, Rumford police said they arrested Therrien at 325 Cumberland Street for very similar circumstances involving the same victim. In that case, they said Therrien again tried to fight with the police but was subdued very quickly before causing any injuries to officers.

For that incident, Therrien was charged with domestic violence assault, criminal restraint, refusing to submit to arrest, and violation of conditions of release. Police said he was on bail at the time for for an unrelated case for previously violating a protection order involving a different victim. He was initially held without bail but later released by the court on October 2 on $500 cash bail pending a trial with conditions that he stay away from the victim and refrain from committing further crimes.

According to Rumford police, with the recent arrest earlier this week demonstrating continuing acts of violence and refusal to comply with bail conditions, the court ordered Therrien's bail revoked. He remains in jail pending his trial at a date to be determined.

Rumford police said they have been working closely with the victim in this case, providing her with assistance and resources.